Hurricane Willa is weakening but will move into the Deep South and Texas the next few days further aggravating the US cotton crop. Its remains could then affect the big cities in the eastern U.S., which are having one of their wettest summers and falls on record. Typically, when the Pacific has an incredibly active hurricane season, the Atlantic and Gulf do not. This was one reason why earlier last spring, we initially felt the Atlantic hurricane season would be weaker than normal. However, Florence and Micheal, certainly put that scenario to rest.

Not all El Nino’s are the same. The top map shows the difference in ocean temperatures between a standard El Nino and El Nino Modaki. There will be several potential big commodity trading opportunities in the months ahead. To find out which markets, from grains to soft and energy commodities will be most affected, and to receive future El Nino articles from us sign up for a free sample here. 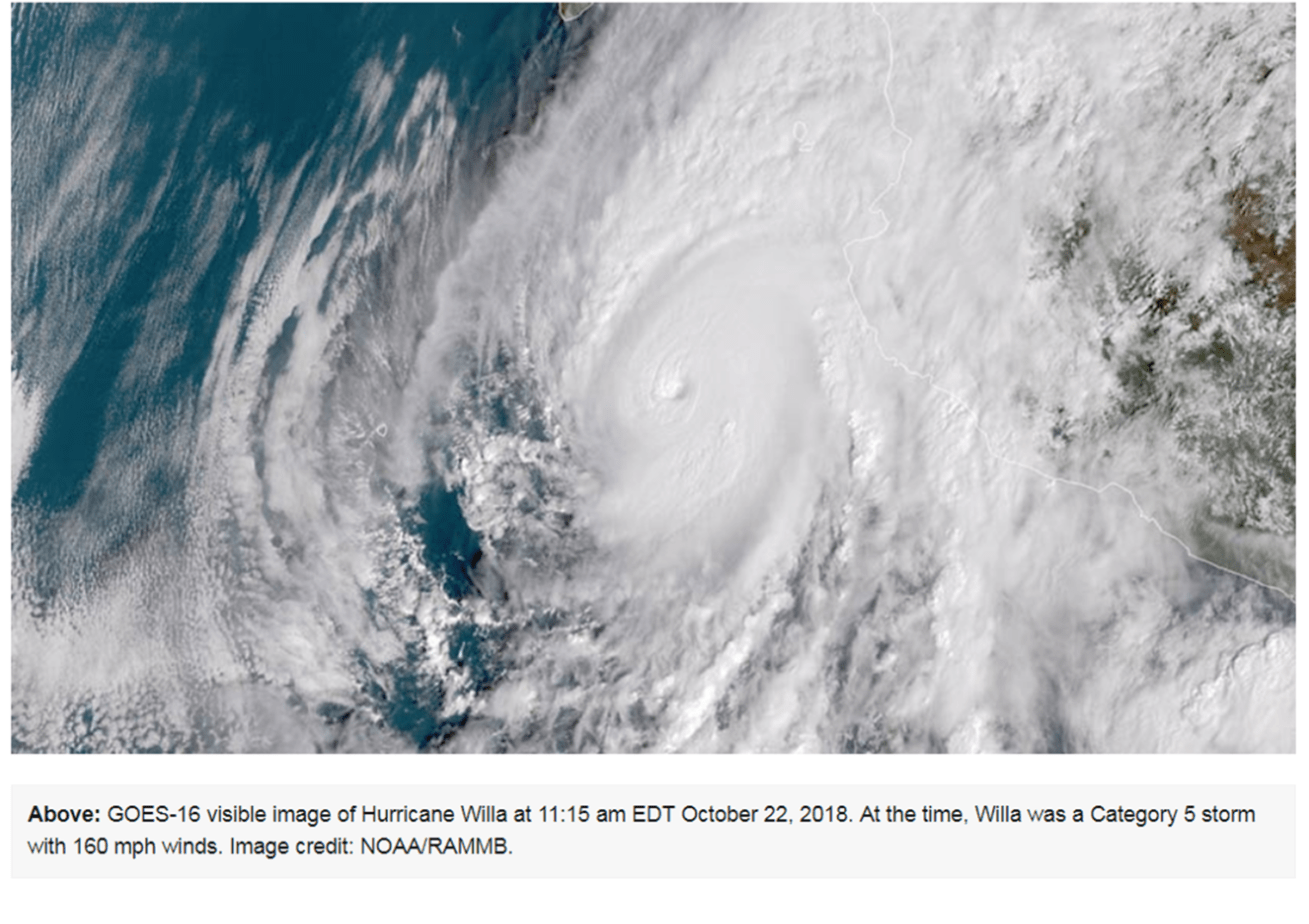 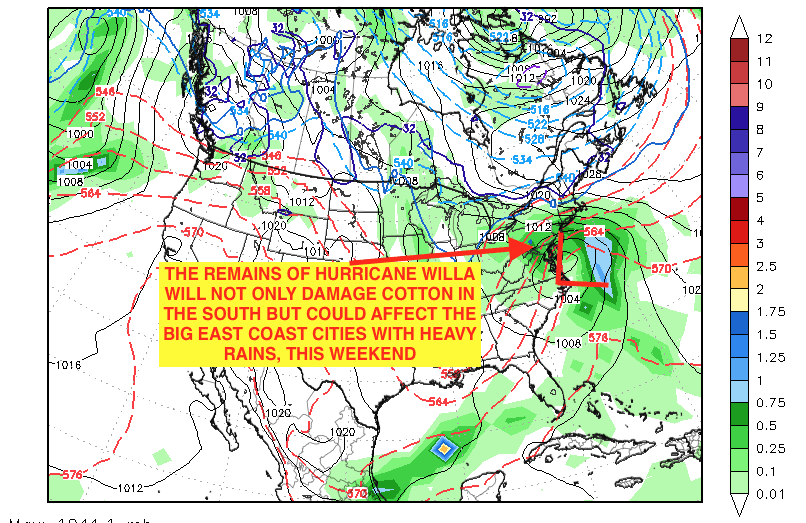 We have had a record number of category 5 hurricanes this year. Most of them in the central and eastern Pacific. This is due to global warming and also a sign that El Nino may be forming 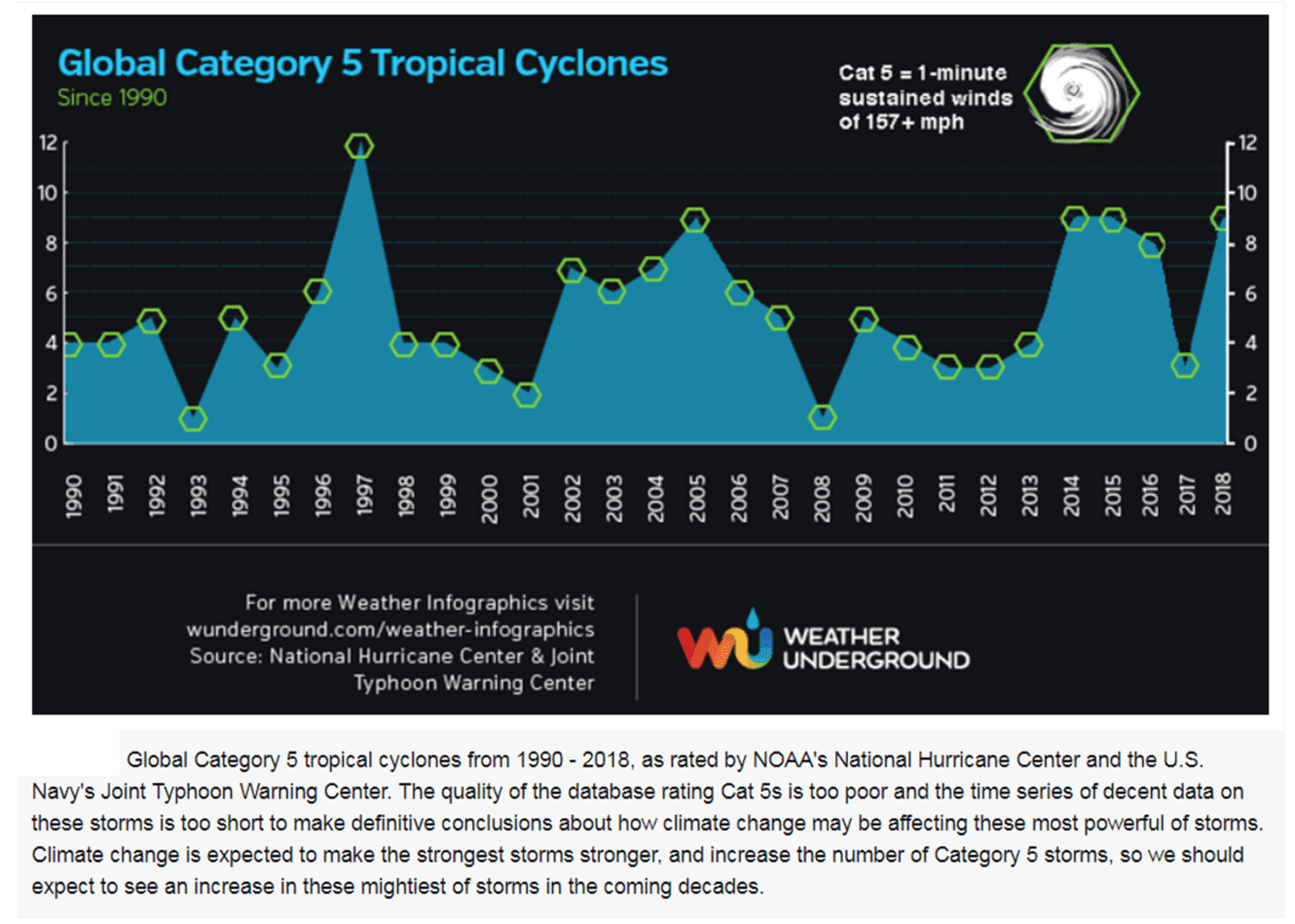 Total accumulated cyclone energy in the Pacific is the highest in history. The arrows point to two other  developing strong El Nino’s (1997/2015) that followed similar, but slightly less active hurricane seasons in the Pacific.