This video (click above) discusses how Jim Roemer called the major collapse in natural gas prices before many other firms and how the weather will affect the grain markets in the weeks and months ahead.

This video on Bloomberg TV was prepared just after Christmas. Most of the bearish move in natural gas prices has already occurred. 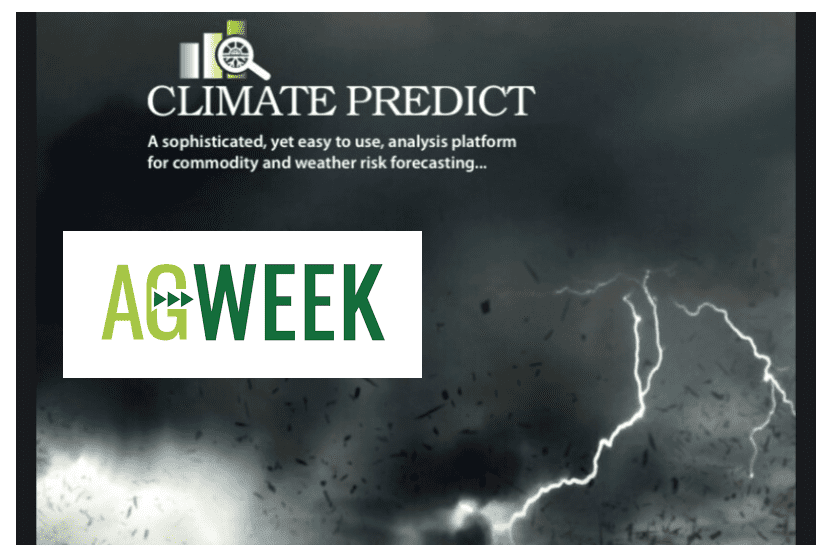 Please click above to go to the AgWeek web site and to hear a podcast by Jim Roemer about weather, farming, agriculture and commodity trading.

After studying meteorology in college, Jim Roemer drove across the country to Iowa in the early 1980s, where he worked for many years for a small firm called Freese-Notis Weather.

While there, he built up the firm’s commodity advisory business and learned the importance of weather in the commodity sector.

Over the last 20-30 years, Roemer said that he’s been advising hedge funds and farmers around the world with his WeatherWealth newsletter. Roemer owns Best Weather Inc., which offers weather-related blogs for commodity traders and farmers.

He’s also the co-founder of Climate Predict , a long-range global weather forecast tool, and is one of the first meteorologists to become a National Futures Association registered Commodity Trading Advisor.

Roemer said about 10 years ago, he and Doug Stewart developed the in-house software Climate Predict. The tool looks at historical climatic variables and adjusts them for climate change with predictions sometimes months in advance.

“We wanted to try to find the Holy Grail of long-range weather forecasting,” said Roemer of the software.

The software relies on teleconnections such as Arctic sea ice, El Niño, and La Niña.

“Any kind of climatic event that is relatively stationary that lasts for months at a time, we kind of piece these things together,” he said of Climate Predict.

Data from teleconnections is then compared to climatic events in history, said Roemer. For example, with details like 2022 being the third consecutive year of La Niña, Roemer then tries to find analog years using climatic variables.

“Go back 50 to 100 years and say, this looks like for example, the 1996 La Nina analog — wet in the northern Plains, drought in the southern plains for wheat,” he said. “And then we try to project two to three months down the road, to give farmers and traders more of a longer-term approach to what weather is going to be, and also what the markets might do.”

Roemer also references standard weather maps that most meteorologists use, he said.

“But for me to give farmers a better idea of when to hedge their crops or how to trade futures, it’s important for me to look at these teleconnections,” he said. “And look beyond the standard weather maps.”

This historic bull market has been “one for the record books”, said Roemer, most recently inspired by the weather, and La Niña is causing havoc for global wheat crops and Corn Belt planting. In his May 16 report, Roemer said that La Niña is actually stronger than the La Niña events of 1989, 1999, 2008 and 2011

The extreme heat in India — normally a net exporter of wheat — has curbed wheat exports, and Europe is experiencing some dry weather that is compromising the crop in France and Germany.

All while the U.S. spring wheat area continues to see planting delays due to weather.

“You got the worst drought since the 1950s, from Kansas to Texas, you got planting delays, and obviously up north in the Dakotas and Minnesota with spring wheat,” said Roemer. “And now you got France and Spain — which is one of the top producers in Europe, also having a drought, so you have a quadruple whammy.”

“So you have this perfect storm, to make record high wheat prices that have occurred over the last week,” he said.

Roemer’s advice to farmers right now is to hedge some production.

“This is once in a lifetime at these prices, because I doubt very seriously later this summer or fall, and especially in 2023, when La Nina finally ends, that you’re gonna see these kinds of prices again,” said Roemer. “This inflationary spiral, these weather problems around the world will eventually probably ease, so buying wheat in this kind of rally right now may not be advisable, particularly with the harvest coming on in about four to six weeks.”

He said even though we have a big reduction in world crops, Roemer expects to see a weakening in wheat prices, although it may not happen for at least a month or so. 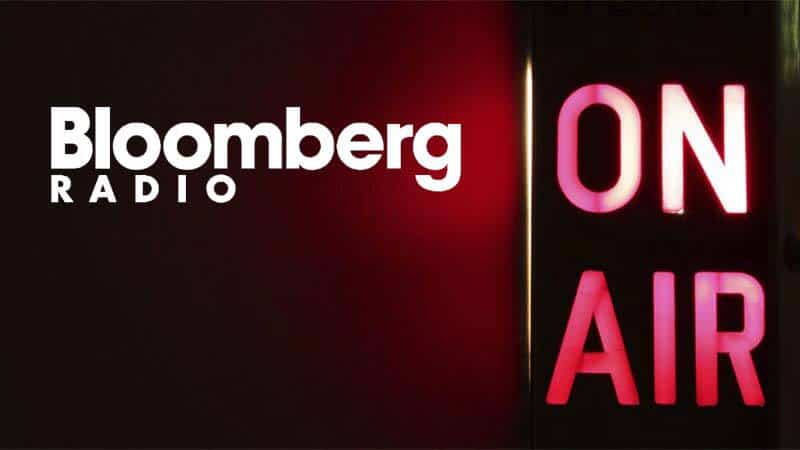 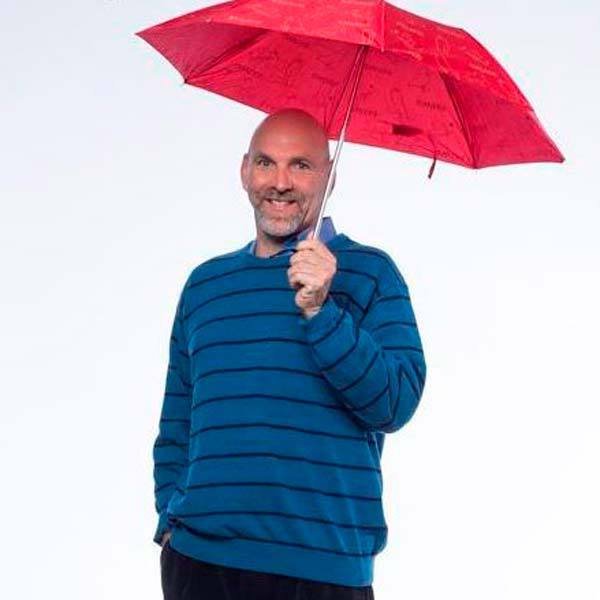 Commodity markets and main stocks are going wild given Mr. Roemer’s active hurricane season, made back in June

Yesterday, Best Weather’s Jim Roemer went on Bloomberg mentioning Harvey’s significance, his early forecast and the market impacts.  Check out the interview below:

For those looking to donate to the Harvey Relief efforts, here are several charities:

The American Red Cross is accepting donations on its website. You can also text HARVEY to 90999 to donate $10.

Catholic Charities provides food, clothing, shelter and support services to those from all religious backgrounds

Houston Mayor Sylvester Turner established a Harvey relief fund at The Greater Houston Community Foundation. The organization connects donors with a network of nonprofits and innovative solutions in the social sector.

GlobalGiving, which calls itself the largest global crowdfunding community, has a goal of raising $2 million for its Harvey relief fund. Funds will be used first for immediate needs of food, water and shelter and then transition to long-term recovery efforts.

United Way of Greater Houston has launched a relief fund for storm-related needs and recovery. The organization says it already maintains a disaster relief fund but anticipates the needs of Harvey will far exceed those existing resources.

The Center for Disaster Philanthropy has also launched a Hurricane Harvey relief fund. The organization says its strategy emphasizes “investing well rather than investing quickly, addressing the greatest needs and gaps in funding that may be yet to emerge.”

GoFundMe, the social fundraising site, has created a landing page that gathers the campaigns on its platform related to Harvey.

The Salvation Army says it is providing food and water to first responders and preparing for massive feeding efforts for residents.

Samaritan’s Purse is accepting donations as well as volunteers for Harvey disaster relief for the coming months. 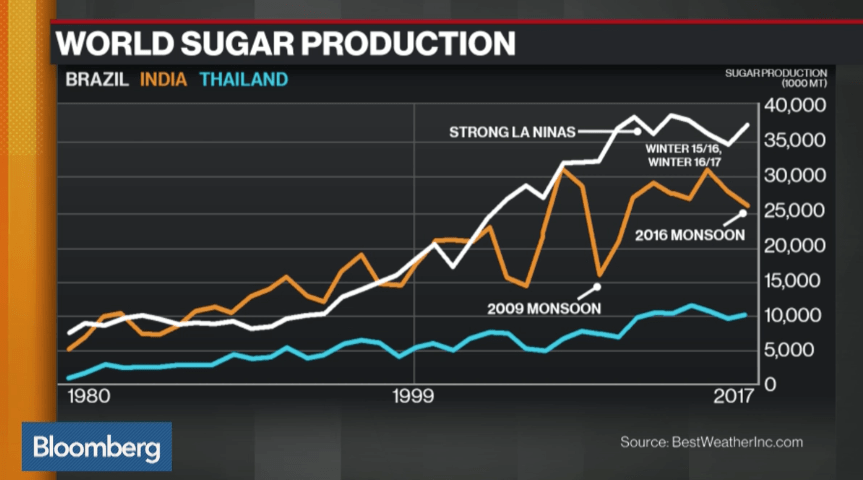