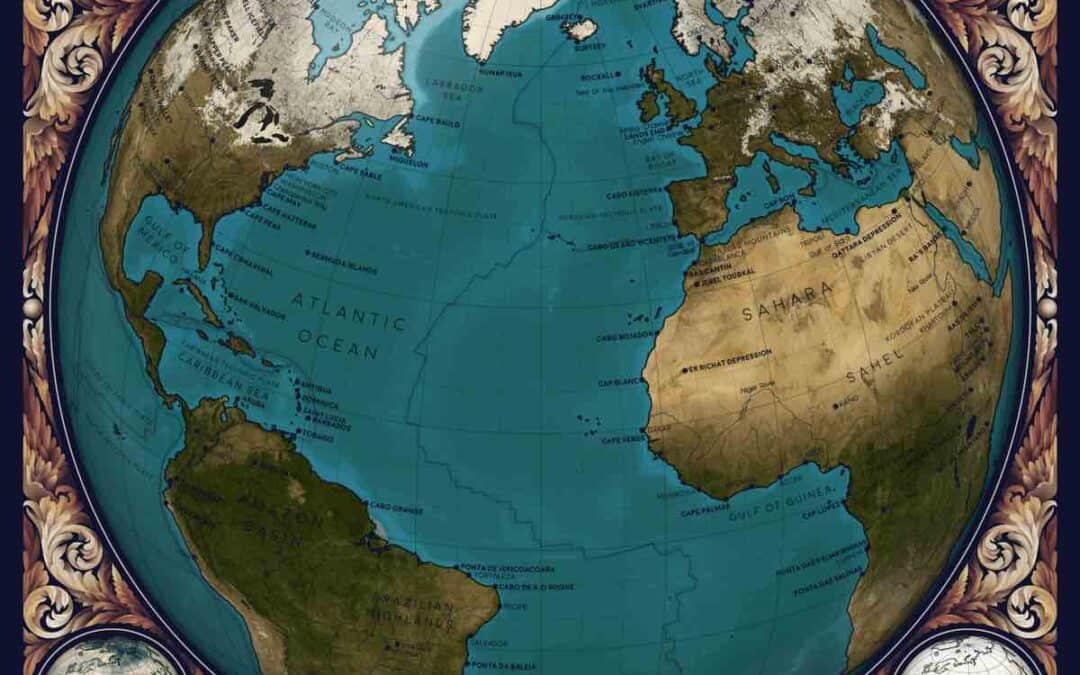 The explosion of an underwater volcano off Tonga last week was unexpected. It triggered tsunami warnings and evacuation orders in Japan and caused large waves in several South Pacific islands. Footage on social media showed waves crashing into coastal homes. NASA said the volcano’s eruption was more powerful than an atomic bomb.

Volcanic explosions have changed weather throughout history, but be especially glad you’re not living in 536 A.D. That year erupting volcanoes plunged Europe into a foggy darkness for 18 months. Average temperatures in North America, Asia, and Europe plummeted by up to 4.5 degrees Fahrenheit, causing the coldest decade in the last 2300 years. Snow fell in summer in China, crops failed in many places. This was followed by plague in the Mediterranean.

What happened in tonga?

Shock waves from Tonga’s unusual eruption were felt as far as Alaska. The explosion caused a major oil spill thousands of miles away in Peru, a tsunami, and a seven-hour lightning storm. Its ash went up to about 65,000 feet. Luckily, the damage was isolated to the Island of Tonga but only a few people were injured.

The Hunga Tonga volcano spread a shock wave around the world several times. This was caused by something we call “Gravity Waves”. Think of when you throw a rock in a lake and see the ripples and how they speed up.

Scientists still “do not understand” many issues concerning magma-water interaction and these types of volcanoes. Much research will go into predicting if this will have any lasting effect that cools the climate.

Based on analysis of data from global weather satellites, the Tonga volcanic cloud could have reached an altitude of 39km (128,000ft).

At this height, a volcano can have a net cooling effect on the planet. Will this one? I do not think that low solar activity from the Tonga explosion is having a cooling effect.

THE ASH PLUME REACHED THE MESOSPHERE

The eruption’s initial blast caused the plume of ash and vapor to climb some 55 kilometers, or more than 34 miles, high into the atmosphere.

Typically, the air stops rising far below 60,000 feet, where air temperatures begin to warm and the air loses its buoyancy. In this case, the upward force of the explosion combined with the heat of the plume allowed the vapor to rise to 180,000 feet.

The top of the plume was a relatively narrow column of volcanic material, likely located directly over the volcano. This feature, which somewhat resembles the top of a smashed witch’s hat, is called an overshooting top in meteorology.

How MUCH volcanic gas did tonga’s explosion release?

The Hunga Tonga volcano has emitted more than 112 kilotons (kt) of SO2. For comparison, Pinatubo (1991) emitted 20,000 kt of SO2 and El Chichón (1982) emitted 7,500 kt, Both were climate-cooling eruptions and the Tonga eruption may continue and may emit more SO2. However, a significant climate-cooling SO2 release that may cause La Niña changes are not yet apparent.

Sulfur dioxide that is released from volcanic eruptions like this one can have a cooling effect on Earth, but Hunga Tonga released a relatively minuscule amount of SO2 compared to other climate-changing eruptions.

What Will Be The Impact on LA Niña?

If this underwater volcano has a potential climatic impact in the next few months, it “might” be prolonging La Niña a bit longer than some computer models suggest. I will discuss this and more about volcanoes in the weeks ahead.