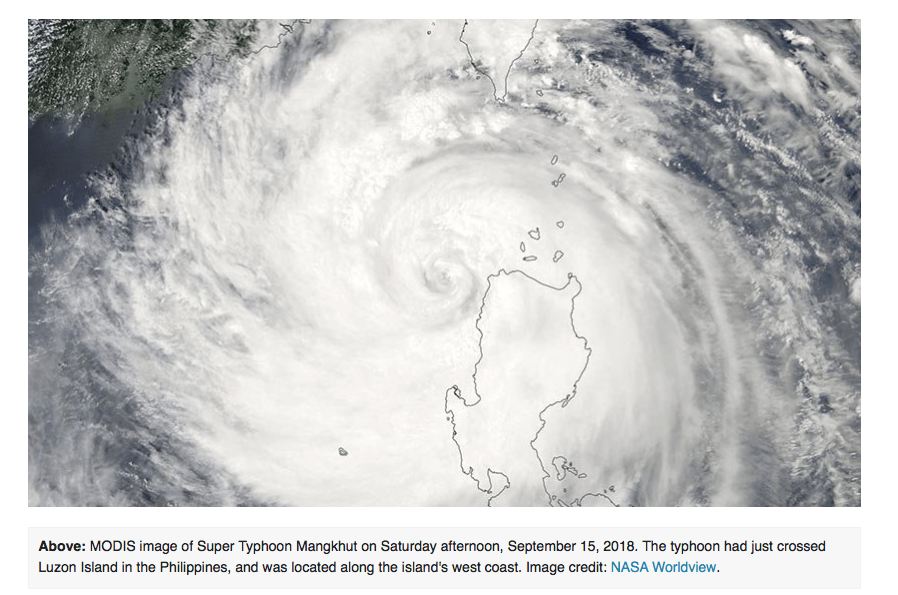 Typhoon Mangkhut barreled into the island of Luzon in the Northern Philippines early Saturday as a Category 5 hurricane with 165 mph winds, killing at least 16 people. Mangkhut brought extreme rains to the Philippines, with  western Luzon picking up more than 26 inches of rain on Saturday. Mangkhut is the Thai word for mangosteen fruit, is known as Ompong in the Philippines. Mangkhut was initially a a Category 5 storm with 180 mph winds, making it Earth’s strongest storm so far in 2018.

While Hurricane Florence brought deadly floods to the Carolina’s, the combination of cool ocean temperatures in the eastern Atlantic, our CLIMATECH research, months ago, and the active Typhoon season near Hawaii, the Philippines and south China, all portend to us that the Atlantic hurricane season will tame down in the week’s ahead.

You can see a Press Release here  we did last June on why we thought the 1963 analog might be a good fit for this season’s hurricane activity. That particular year had several Atlantic hurricanes and some close to the east coast of the United States, but nothing major for Florida or the Gulf coast. 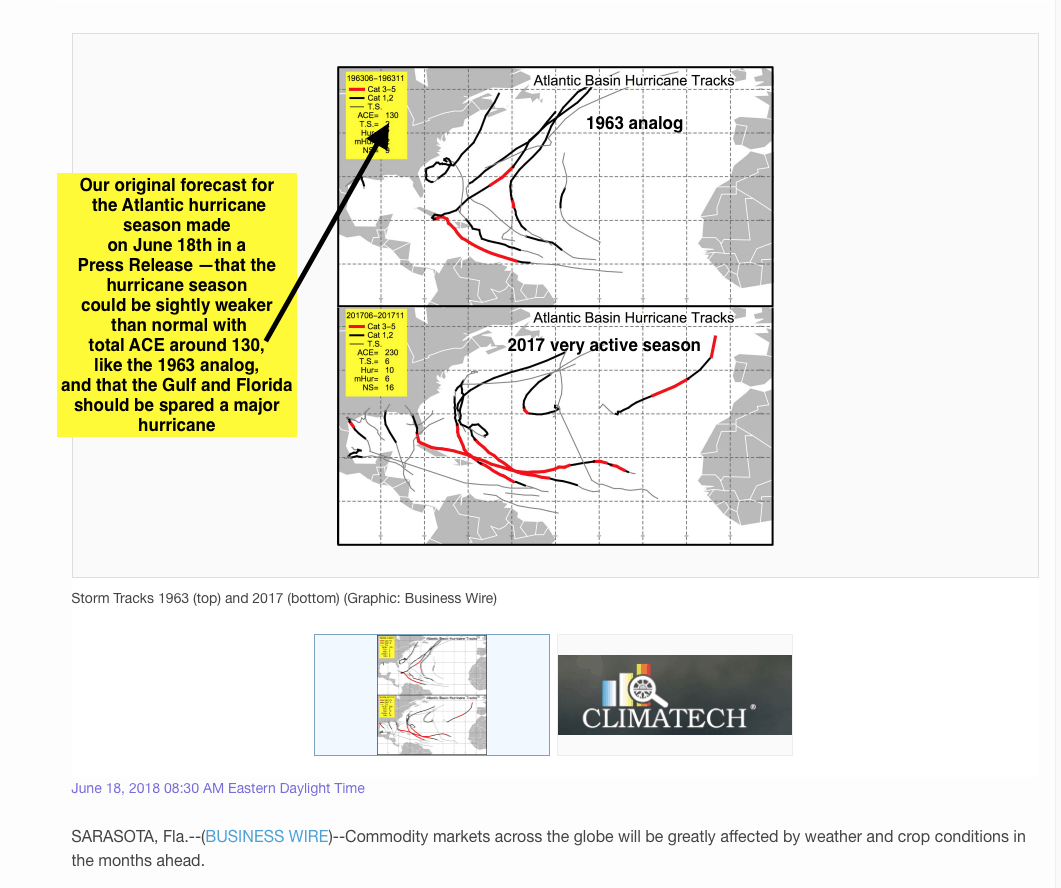 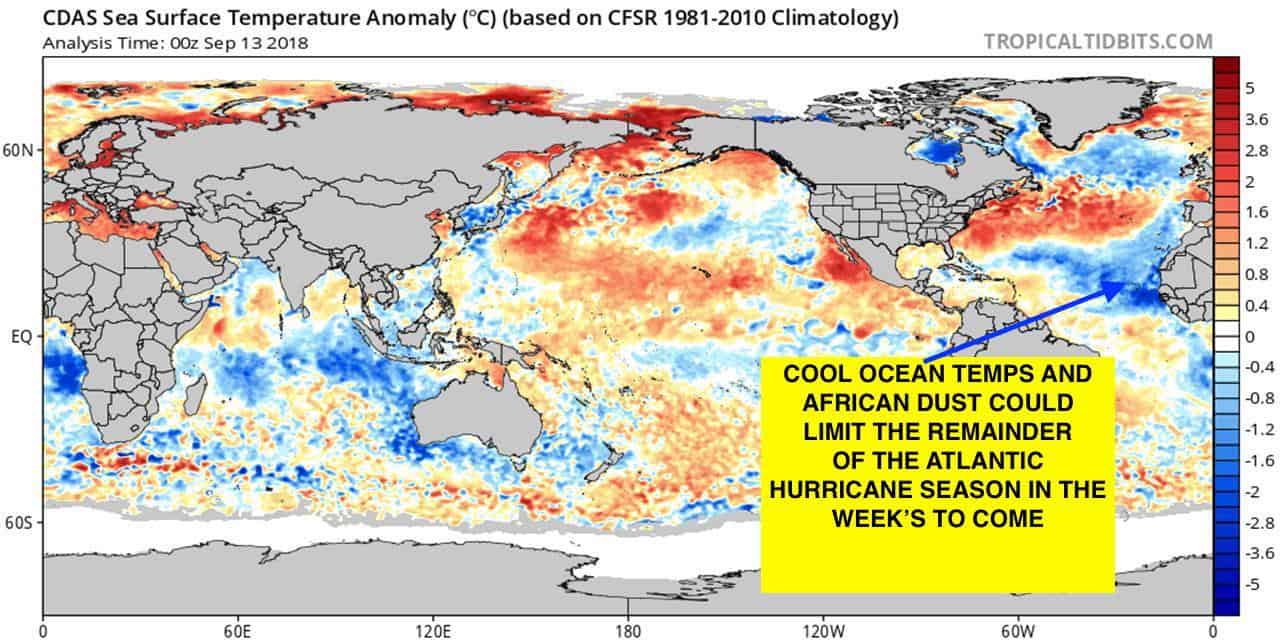 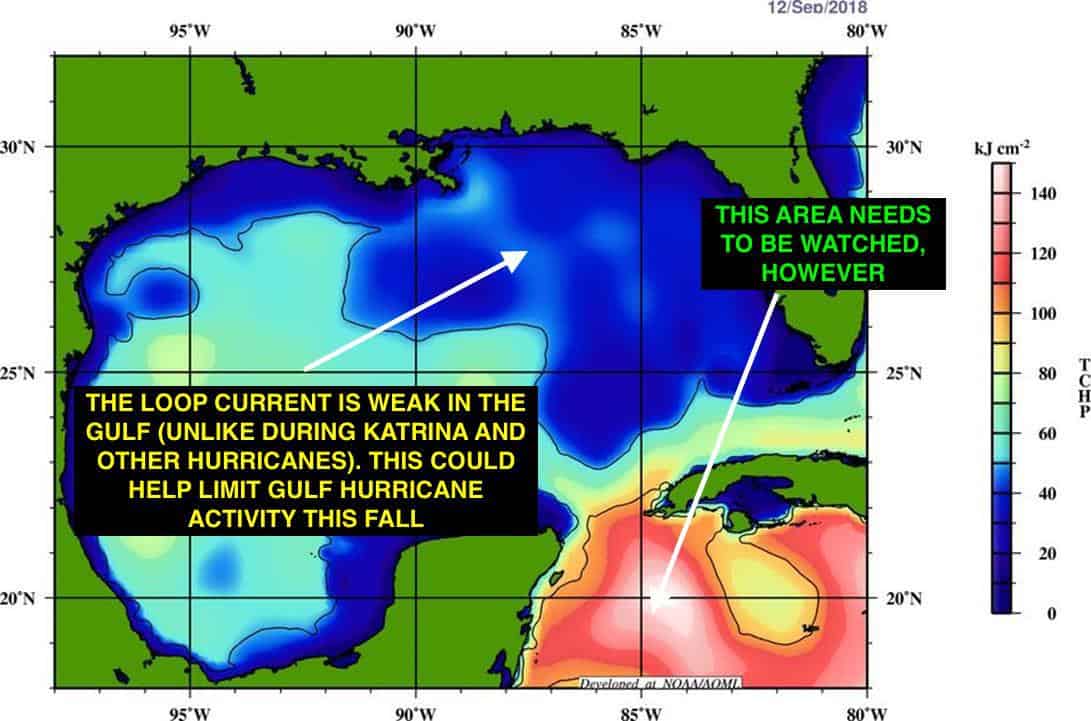 A video of Typhoon Mangkhut

The effects of Typhoon Mangkut in Hong Kong & China

Shares in China’s major sugar producers jumped on Monday as investors worried supplies of the sweetener could be affected by the super typhoon. However, according to several sources, the impact was not that severe to sugar crops. Sugar growing areas in China are located in Zhanjiang, which is a major sugar producer in Guangdong province.

Will weather problems in Brazil, Europe and India be possible for sugar crops in the weeks ahead? Find out by subscribing to our unique commodity weather newsletter and get special reports for multiple commodities. Get a free sample here 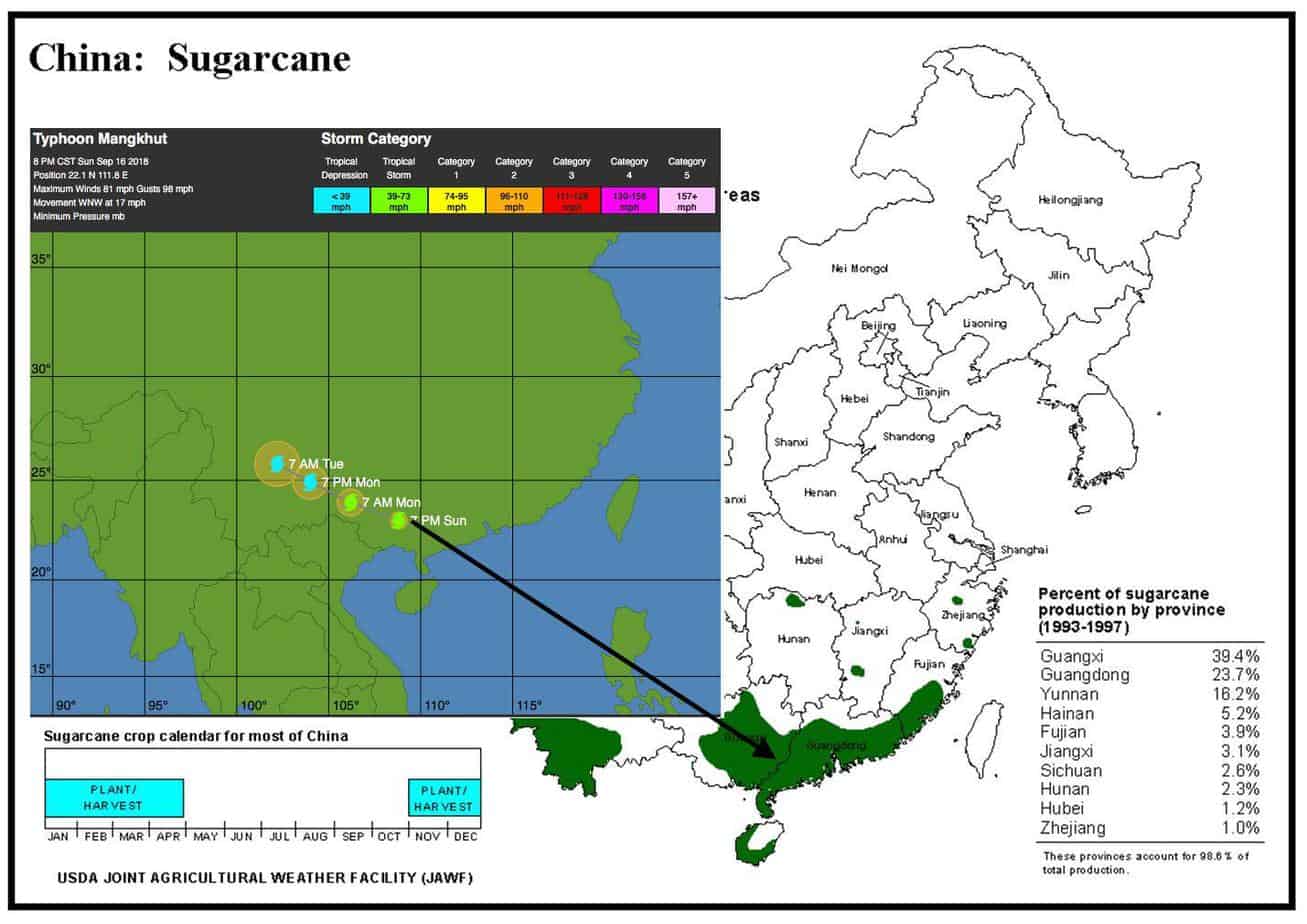