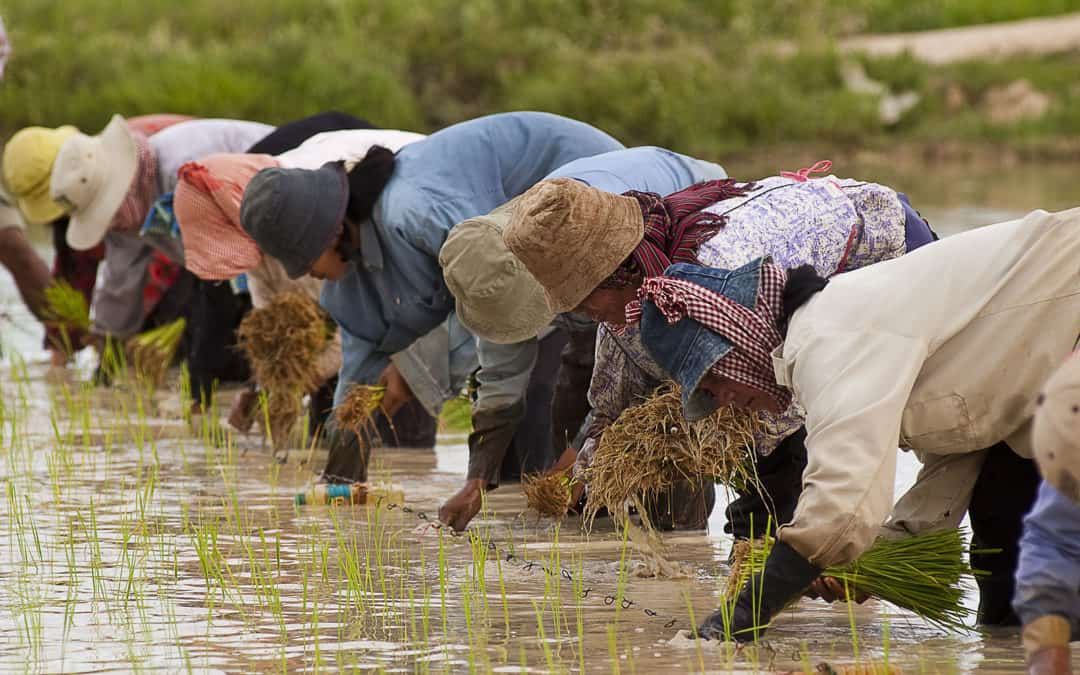 Rice transplanting for 2020’s main crop begins in May for key Asian exporting countries like Thailand, India, and Viet Nam. In most areas, transplanting is more often manual than machine-driven. However, Covid-19 and the labor shortage caused by migrant laborers’ return to their homes during lockdowns may impact this year’s effort.

The Rice Market Soared in April on Covid-19 Fears

Asia produces about 90% of the rice grown in the world, and holds the majority of the grain’s consumers. In April, rice prices reached seven year highs. As with wheat, there were fears of virus-driven shortages. Rice’s high prices were brought on partially by stockpiling concern and also by export bans placed in nations like Viet Nam. Drought in Thailand, which exports more rice than any country except India, meant prices already had started to climb slowly before Covid-19.

While the Chinese government extoled citizens not to hoard rice, it increased its central grain reserve by 350,000 tons. China is the world’s largest producer of paddy, but most is kept for domestic consumption.

All this Was Good News for Thailand and US

Thailand’s rice outlook was bleak at the start of 2020. While Thailand’s domestic rice prices rose by 20-% to 30%, drought had decreased off-season milled rice by 1.5-2.0 tons. The country expected to export less due to the strong Thai baht (its currency), increased competition, and the drought. When competitors instituted export bans, the Thai Rice Exporters Association confidently announced that Thai exports would improve, and they did. Despite the improved conditions, however, Thai rice exports from January through April decreased 39% compared to the year before.

Covid-19 Impact on Asia’s Next Planting?

Much of India’s kharif (monsoon season) paddy grows for 25 days, then migrant laborers transplant seedlings to the field. Many migrant laborers in rice growing states like Punjab returned home for the lockdown. India’s transportation system is reopening slowly. Some analysts feel mechanised rice transplanters, available as a service, are a necessary alternative to the missing laborers. Whether many of India’s farmers can afford mechanized rice transplanters, or whether machines are appropriate for the fields, is unknown.

Thailand has not reported any issues with rice transplanting, even though much production relies on laborers from nearby countries. Cambodia, hard hit by drought, lost over 40,000 acres of paddy land in the last year, and Mekong River waters are at historic lows. Subsistence farmers are the country’s primary rice producers; they do not rely much on migrant labor. In general, migrant labor issues also do not impact Viet Nam’s rice production.

Myanmar (Burma), however, is a different story. Monsoon rice accounts for 80% of its paddy production. Migrant laborer groups transplant much of Myanmar’s rice. They move from farm to farm together, going to new zones furhter north as the season moves.

With travel curtailed, and with government loans and microfinance suspended, many Myanmar farmers cannot afford this season’s planting. Fertilizer and improved seeds may be too pricey. Migrant groups for transplanting may not be available and may be too expensive to hire. Some local experts fear there could be severe food shortages in parts of the country in six months.

Most United States rice producers seed aerially or drill or broadcast seeds, making labor less of a planting issue. Asia’s labor issues regarding rice transplantation didn’t seem to affect the analysis in USDA’s May 14th report. The report sees a 31.5 million cwt increase in US rice production and 2 million more tons of US rice exports.

Internationally, the USDA predicts the second-best rice crop on record, with production up 2%. China,Thailand, Myanmar, Pakistan, and Sri Lanka will show production increases, the report said.

The USDA wrote the report when rice planting season in key Asian regions barely had started. We may have to wait until the June 15th–or even August 15th–rice report to see any impact from Asia’s migrant labor and credit shortages on USDA predictions.