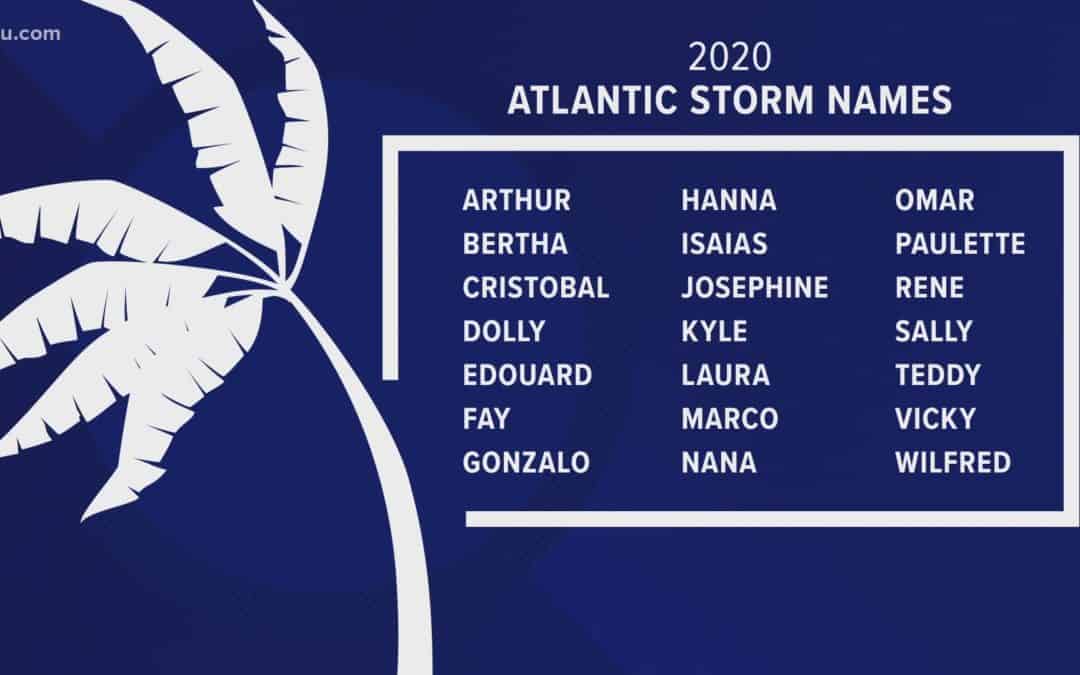 The hurricane season officially began this week and the season’s second storm could be headed toward the Gulf this weekend. What are the reasons for such an early start to the hurricane season? What are the factors that go into making a longer range forecast? How can you have free access to 70 years of historical hurricane data? This report discusses it all.

Much of the information below is quite detailed, but most meteorologists will understand the terms I use.

Anyone can access CLIMATEPREDICT software for free and receive hundreds of color maps showing hurricane tracks, snowfall, and much more. See a description toward the bottom of the page on how to use it.

Potential Tropical Storm or Weak Hurricane in the Gulf This Weekend

Cooling ocean waters in the eastern Pacific are tell-tale signs that a weak La Nina may be forming. When the Atlantic is as warm as it is now and the Pacific is cooling, this reduces wind shear and often allows hurricane formation to develop.

Not all active early starts to the hurricane season are excellent predictors of what may happen during the heart of the season (September/October). Nevertheless, another climatic variable called the Madden Julian Oscillation (MJO) is also in a favorable position for development to occur this weekend.

This weekend’s storm (above) will originate near the Yucatan Peninsula and could be stronger than forecasted because of the MJO.

Here is an interesting video about what the MJO is and how it influences hurricane activity. The MJO is not always in a favorable position to reduce wind shear but will be later this weekend.

Whether you are a meteorologist, college student studying Atmospheric Science, a commodity trader or just weather enthusiast, you can access FREE historical global ocean temperature data and Atlantic and Gulf hurricane tracks going back to 1948.

Please go to www.climatepredict.com to access all of this information for FREE

What can you receive?

We use this data and our proprietary software, ClimatePredict, to forecast the weather. Feel free to try out our lite version.

What Links Teleconnections and Hurricanes?

Teleconnections are recurring, large-scale patterns of pressure and circulation anomalies spanning large geographical areas. They are often responsible for unusual weather anomalies happening at the same time in different areas far apart around the globe.

Here are the “short version” instructions for using ClimatePredict.

Toggle to get hurricane data. Set the parameter to “Atlantic Basin Hurricane Activity.”

Set the year and month. You can see hurricane tracks, teleconnection relationships, and ACE historical data:

The example above is the Atlantic hurricane season from 2005. You can scroll to 1948. In this case, we are looking at May 2005 teleconnections. The lead time is 5 months (through October) and the “lead type” is ” all hurricanes summed (total)”.

You will see tropical storm, overall hurricane, and major hurricane numbers and cumulative seasonal ACE for that year.

Here we are Looking at cooling at NINO12 in the Pacific and the warm Atlantic.

The cooling at NINO12 is critical for there to be an active hurricane season in the Atlantic or Gulf. It reduces wind shear and is a possible precursor to a La Nina.

Shown above is the location of the Tropical North Atlantic (TNA) and Tropical South Atlantic (TSA) ocean temperature regions. The region is generally warm right now, so these values are positive and have will have a positive effect on a potentially active hurricane season later this summer and fall.

D) How to Use Teleconnections to Predict Hurricane activity

Warm TSA/TNA regions in the Atlantic in May suggest these analogs. You can see how the checked boxes appear automatically. They represent all the warm ocean temperatures in the tropical regions since late winter and early spring.

Out of these 2 years (above), 1995 had a very warm previous winter (like this past winter) and many other similar teleconnections, such as a weak El Nino. This could be our best fit analog.

We CHOOSE 1995 and 1998 as the best analogs.This is because these 2 years were most similar with respect to a weakening El Nino. But remember, climate change and warming oceans have to be factored into the equation. These analogs are only a guide.

I took the year 1995 as the best possible analog. It was a warm NAO/AO winter with the polar vortex remaining over the North Pole and a weakened El Nino.

The 1995 analog: An active hurricane season likely, ahead

Please remember that analogs are only a guide. Climate change, warming oceans, and a host of other factors influence global weather, climate, and, of course, hurricane activity.

Looking at the 5-month total hurricane activity from May 1995 on Climate Predict (above), one can see the active hurricane season with ACE at 261. There were roughly 18 named storms of which 5 were major hurricanes. One can see the associated hurricane tracks. A couple hit Florida and the Gulf of Mexico, although the majority were out in the Atlantic. This year there is a 261 ACE value. The analogy would suggest that many hurricanes will be of at least category 2-3 status later this summer and fall.

How the 2020 hurricane season could be weaker than normal

It should be pointed out, however, that due to global warming since 1995, the loop current, and other factors, this is only a rough estimate of how active the season could be.

Could the hurricane season be weaker than forecast? After all, many weather forecast firms are predicting an active season and I often “hate” agreeing with the crowd. The hurricane season would be weaker than expected if A) La Nina fails to materialize by the fall and Nino12 regions do not continue to cool off; B) The Atlantic Ocean cools off suddenly, which is very unlikely; or C) Africa dust comes into the Atlantic, which can often disrupt storm formations.