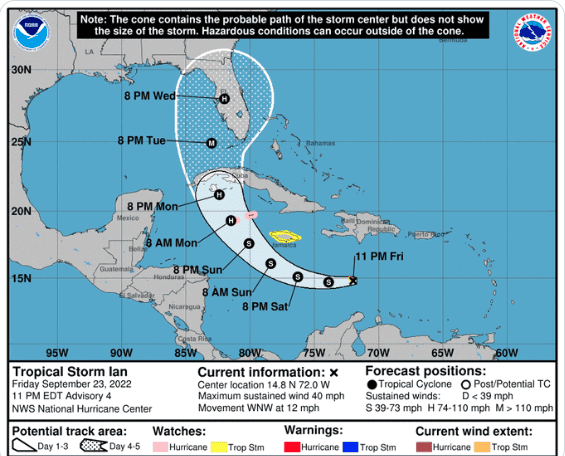 This video talks about what I feared quite early on September 19th, unfortunately: A potentially major hurricane Ian for the west coast of Florida. However, I have seen many times before weather models are wrong, and if Ian develops just west of Cuba that could spare Florida and move Ian closer to the coast of eastern Louisiana to the Panhandle of Florida.

It also talks about the old myths about how Indians protected Sarasota from a major hurricane; one reason why John Ringling settled in Sarasota.