Who (or what) LOVES La Niña? 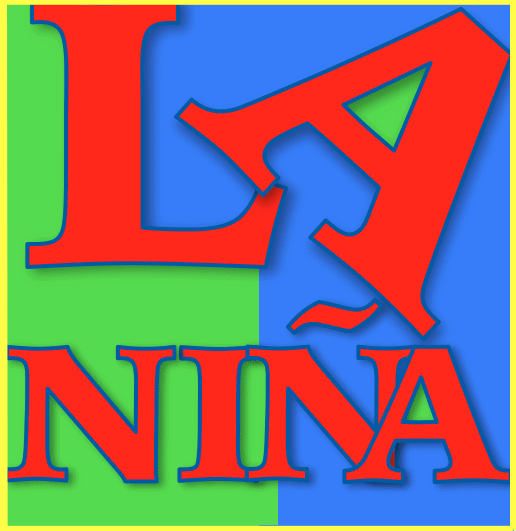 Often called the “Cool Sister” of El Niño, but not because she is the “hip” one. Due to cooling waters off Peru’s coast that can extend west to Australia, she can bring above-average rainfall to The Land Down Under. She can also create potential flooding conditions to Southeast Asia. The cooler and more extensive these waters are, the stronger this phenomenon can be. A weak vs. a strong La Niña can have huge global impacts on commodities. It also increases price volatility in everything from natural gas to cocoa, sugar, coffee, cotton, grains and oilseeds.

Some La Niña events can deliver global weather issues for coffee crops. We changed our view 3 weeks ago for our clients who subscribe to our WeatherWealth newsletter. Our outlook became more bearish as we saw a shift in the pattern for extensive rainfall in Brazil’s coffee region. This particular La Niña is creating a bull market in sugar, and prices have been soaring. Parts of Brazil (e.g., São Paulo) have a greater possibility for drought, and Argentina’s croplands can become more arid. Drought is also more likely in Thailand.

Sugar is in a bull market due to La Niña

As is the case with El Niño, the Cool Sister can have an major impact on global commodities. However, La Niña’s influence is often the opposite. Keep in mind that not each La Niña event is the same. Furthermore, the media coverage often errs by looking at only a couple of cases. For example, the chart below shows higher global food prices during the 2010-2012 La Niña. To professional statisticians looking at 50+ years of historical cycles, ONE case to look at, is not enough.

There is one mistake that many commodity traders and news services make. They do not take into account other global teleconnections and phenomena. These are Sea Ice, Climate Change and weather variables thousands of miles away. That is how Jim Roemer makes long range weather predictions that support trade suggestions for our clients.

The chart above shows the historical movements of sugar prices during, or just after, the most impressive La Niña or El Niño events. One can see that most of the bull markets in sugar occur during El Niño events and not always from the sister who cools the waters. This is because India (the second largest sugar producer/exporter after Brazil) tends to have crop reductions during La Niña events. This year, however, a three month drought in São Paulo and longer after-effects in Thailand, from the last El Niño, have reduced global sugar supplies.

Above, the dry weather you see in Brazil during the last three months has been reducing the nation’s sugar crop. What’s next? Will corn and soybeans be affected, and result in a further bull market?

Global wheat production is reduced in 70% of La Niña cases

Higher wheat prices, longer term, and big crops in Australia, following devastating El Niño & Climate Change problems may be a blessing for Aussie wheat farmers in the months ahead.

Wheat is one of the few commodities that tend to “consistently” see global weather problems that reduce supplies.

After multi-year record global crops and poor prices, this market has finally begun to turn the corner. We began advising clients several weeks ago about a developing drought in Russia where fall wheat plantings would be affected, as well as drought conditions moving into the US Plains. Wheat prices have soared more than 15-20% in recent weeks, but will remain volatile and more difficult to trade due to the “demand side” of the equation remaining weak.