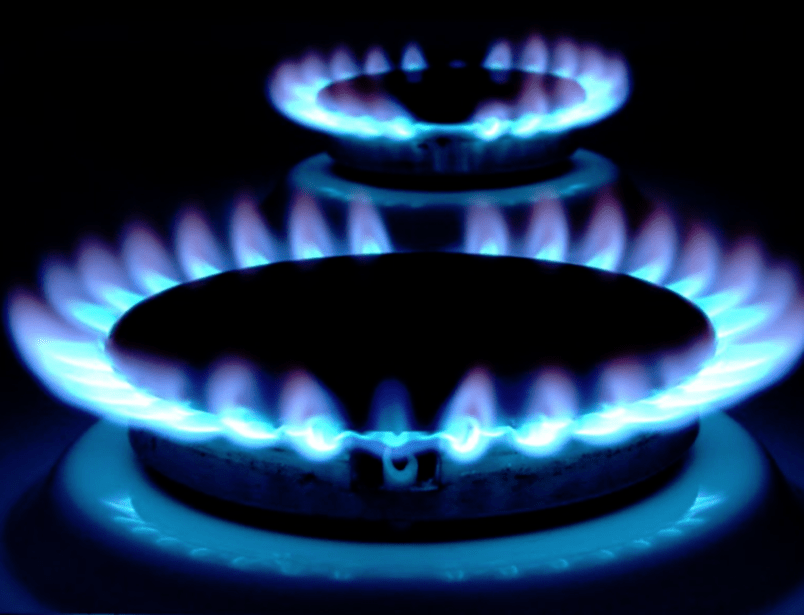 Given the fact that increased OPEC oil production, additional Russian military threats in the Ukraine and the Trade War chess game have been impacting grain, cotton and oil markets for months, natural gas prices have been subjected almost entirely to U.S. weather. Therefore, it remains to be seen if the Trade War truce gambit will actually play out. I have my doubts. Check out this interesting article, here

For the soybean market, South American weather will have a big influence on prices in the coming months.

Our Climatelligence Newsletter will alert subscribers to the potential next big move in soybean, cotton and natural gas prices in the coming months. Will El Niño form? Stay tuned, as we are downplaying El Niño. However we still expect a potential cold winter that will have big effects on several commodities

COTTON PRICES CONTINUE TO RALLY DUE, IN PART, TO MORE WEATHER PROBLEMS 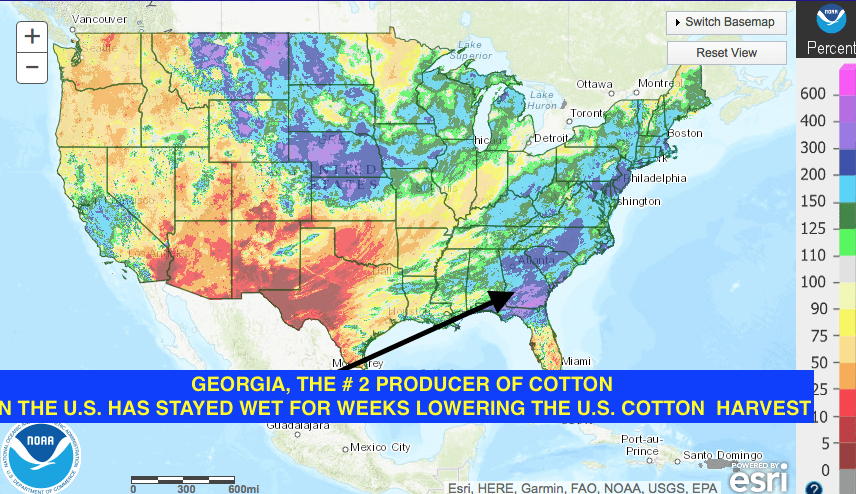 Of all the agricultural commodities, cotton has been our greatest concern, given our bullish bias due to lower global crops. Although, I do have doubts whether the Trade War concerns will really be resolved. This will keep more volatility in the agricultural markets for months. 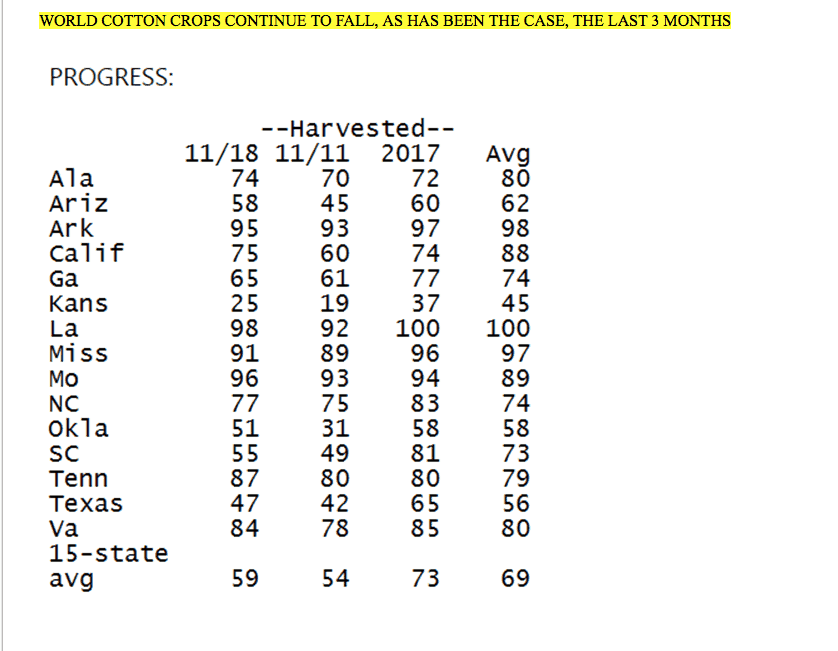 WHAT HAPPENED TO OUR COLD WINTER OUTLOOK FOR U.S. ENERGY AREAS?

Our initial winter forecast for the U.S., published in October, was for a cold winter, overall. In fact, November was one of the coldest in recent memory. This created a spiral, but volatile, upward move in natural gas prices during November. At present, a short term warming trend is expected for mid to late December across some key U.S. energy areas. Does this change our longer term view about a cold winter?  – Probably not. 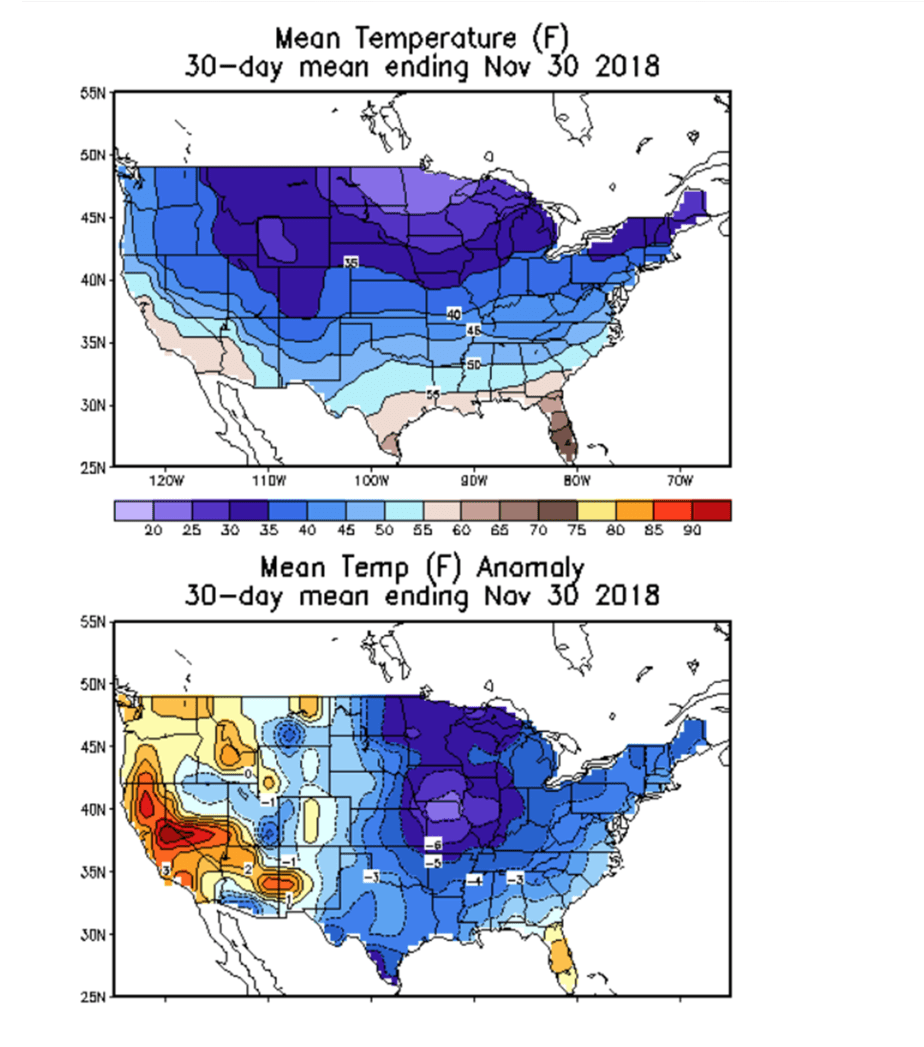 The cold November, shown by the blue area in the above image, helped rally natural gas prices 25% until early this week.

However, last week, we began alerting private clients of a short term change in U.S. weather towards “warmer” as we head deeper into December. This stemmed from a change in the Eastern Pacific Oscillation (EPO) index, which we expect to move from negative to positive in the coming weeks. The EPO index relates to the jet-stream close to Alaska which can have a huge impact on North American weather and can offset other cold signals. Consequently, most of our research suggests any major warming will be short-lived. 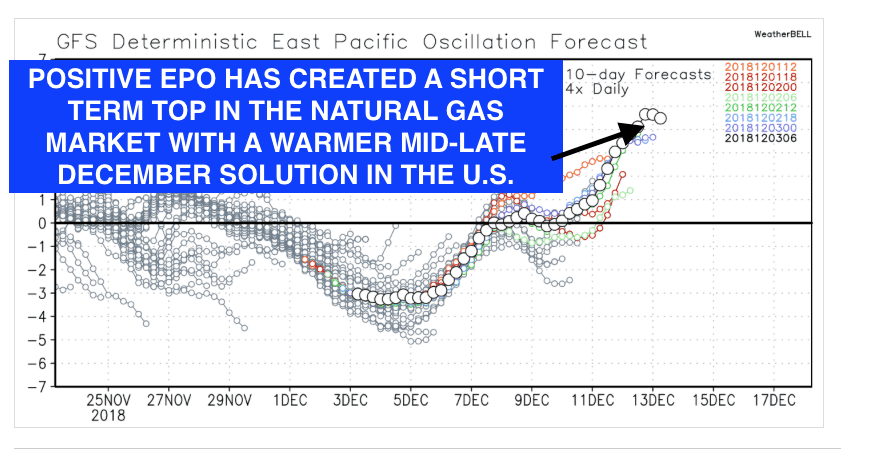 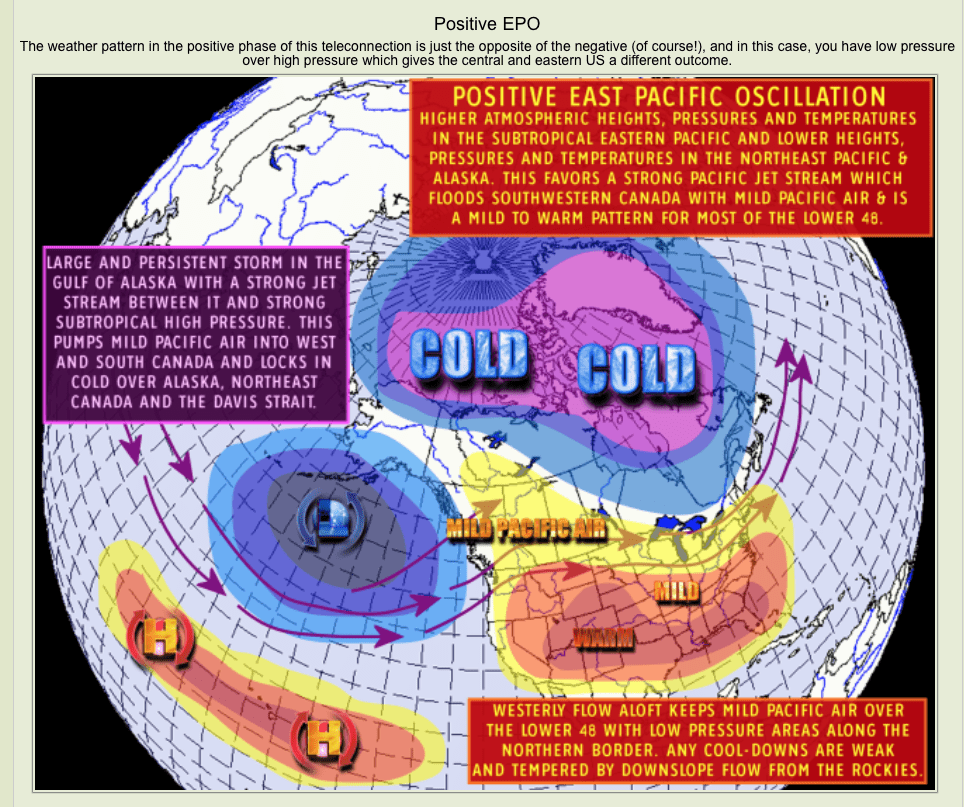 For much of mid-to-late December, changes to a positive EPO index has a warmer solution for the U.S. Our longer term view holds an EPO potentially reverting back to negative at a later point. Thus, any warm weather will probably be short-lived. 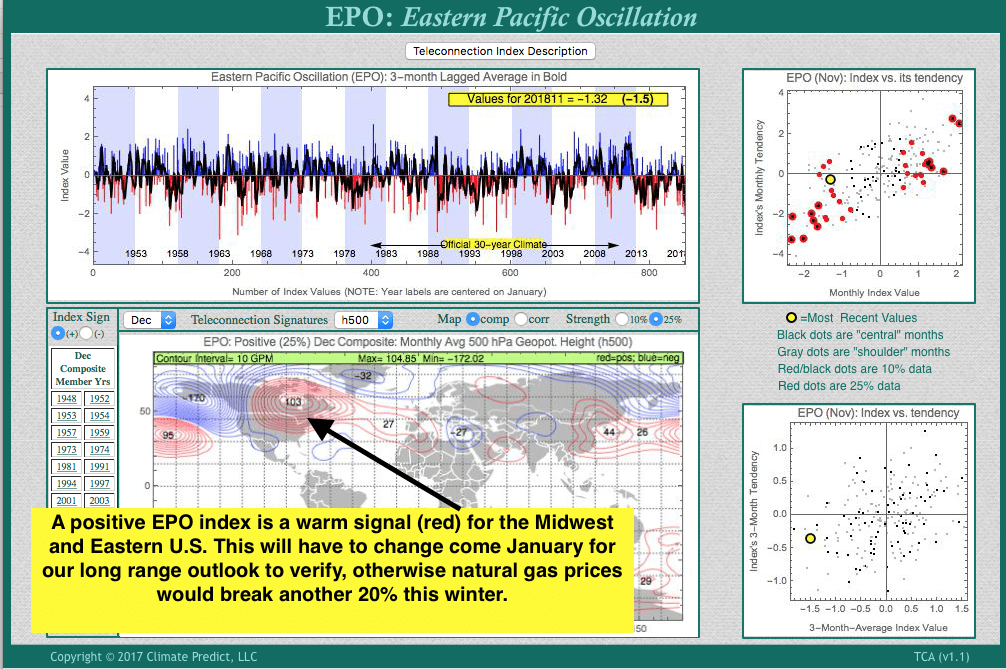