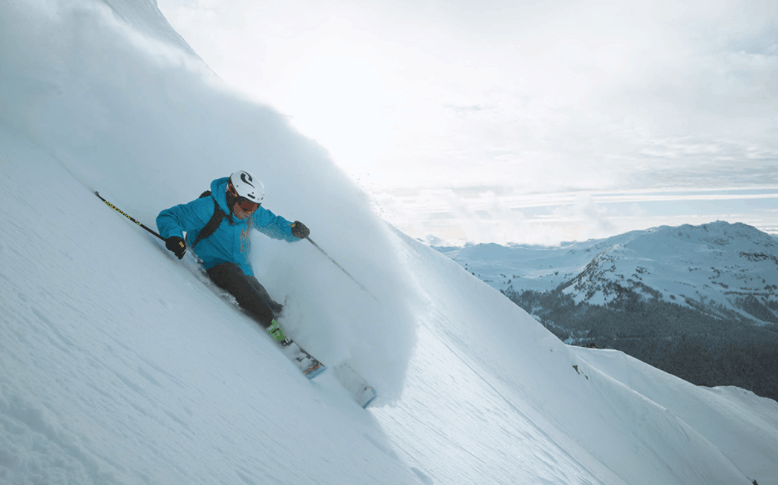 While many ski areas are only 25-50% of capacity due to COVID-19 restrictions, the upcoming two snowstorms for the western US may be one for the record books. Drought conditions have plagued many ski areas from Utah to Colorado and the Southwest but a major change in the weather pattern for the first week of February will bring feet of snow to the west.

Ski areas such as Telluride, Colorado; Taos, New Mexico, and many others in the area shaded in blue (huge storm) could see 2-4 feet of snow the first week of February greatly improving ski conditions and easing droughts in some areas.

The huge storm next week will put at least a partial dent in the western drought. If this continues through spring that would be good news for farmers from Kansas to the Dakotas, Iowa, Colorado, and Nebraska which have been suffering from drought.

Some of these drought areas will see important snows well into early-mid February easing drought conditions a bit.

Most computer models (above) show La Nina weakening to neutral by summer. This will be very important for the grain market and other commodities, but there are one or two models that disagree and suggest La Nina continuing into spring and early summer. If this is the case, drought conditions could hit key US wheat, corn, and soybean growing areas.

But notice what happens sometimes with strong La Nina’s; look how much further south the heaviest February snows can sometimes be.

Which ones will verify for this spring and summer and what is my feeling about the grain and other markets based on this? I suggest you subscribe for just $13 to my Climatelligence monthly newsletter to get a lot of interesting weather and commodity information and long-range forecasts.

Take a free look above (click on the picture)

Anyway, a closer look at my models above shows February snowfall during the strongest La Nina events

A closer zoomed-in look is very similar to what will happen next week. Hence, this may be a sign that La Nina is even stronger than forecasted. Hence, La Nina may persist longer into the spring or early summer than some forecasters feel,

Models tend to under-estimate snowfall for the higher elevations of ski resorts. I have been forecasting for some of the nations’ top ski areas for nearly 20 years. The map below shows projected inches of snowfall through February 5th. Notice the important snows for Kansas wheat areas. You can see from Utah, Nebraska, most of Colorado, and even N. New Mexico, snow forecasts by the European model is anywhere from 6-18″; the heaviest snowfall forecasted appears over southern Colorado at places like Silverton, Telluride, and others.

However, I look for snowfall to be much heavier than this—possibly 2-4 feet from southern Utah to New Mexico and most of Colorado by February 5th.

Most La Nina’s bring poor ski conditions to southern Colorado, California, parts of Utah, and the Deep South, such as Taos, Nee Mexico, and more. Look how many ski areas have seen below-normal snowfall so far this winter. The Pacific Northwest and British Colombia have seen above-normal snowfall, which is typical for La Nina.

Canadian Rockies and Interior B.C.: October snowfall was significant only in this region, with gradual additions in early November but more through the rest of the month. There was 4-6 feet of consistent snowfall in December. Sun Peaks and Silver Star have been 90+% open since mid-December. Western Canada had the best holiday conditions on an average base of 5 feet. The early January Northwest storm dropped about 2 feet at most areas but only a foot around Banff.

U. S. Northern Rockies: Montana had October snow but mostly east of the Continental Divide, 45 inches at Red Lodge. Great Divide opened a couple of runs with snowmaking assistance Oct. 31 but lost them to warm weather the next week. Second week of November it snowed 3-4 feet in Montana and Wyoming and 2 feet in Idaho. It snowed 1-2 feet during the second half of November. December snowfall was 5 feet in the Tetons and 3-4 feet elsewhere. Holiday base depths were 4+ feet in the Tetons, but averaged 3 feet elsewhere. Bridger opened late and Big Sky was only 55% open at New Year’s, 73% now. Sun Valley is 76% open. The early January Northwest storm snowed about 2 feet in Idaho and the Tetons and one foot in Montana.

Utah: Utah was extremely dry in October but got 2+ feet over the first weekend of November and a similar amount through the second week. There was less than a foot during the second half of November and first week of December but it snowed 4-5 feet in the Cottonwoods but less than 2 feet elsewhere during the rest of December. Holiday base depths were close to 4 feet in the Cottonwoods but barely 2 feet at other Utah areas where open terrain remains severely limited after just a few inches last week.

Northern and Central Colorado: This was possibly the first October in over 25 years with no ski area open despite a late October storm averaging 10 inches. The dry summer may have limited water for snowmaking at A-Basin and Loveland. Keystone opened Nov. 6, A-Basin Nov. 9, Breckenridge and Loveland Nov. 13. November snowfall was below average so with social distancing requirements Copper opened Nov. 30, Steamboat Dec. 1 and Winter Park Dec. 3. December snowfall was 2-4 feet but overall only about half of terrain was open for Christmas. Advanced terrain remains very limited with base depths at many areas still under 3 feet after just a few inches last week. A-Basin is 31% open.

Southern and Western Colorado: A late October storm dropped 13 inches at the Gothic Snow Lab and 22 inches at Monarch and Taos. Wolf Creek got 39 inches in October and with localized southwest storms reached 98% open by November 15. The rest of the region had a below average November and all had a dry early December. It snowed an average 4 feet during the rest of December but little so far in January. Wolf Creek has a 5 foot base. At most other areas base depths average 3 feet so it may be a while before most steep terrain opens. Taos is 74% open on a 42-inch base.

Northeast: Northern Vermont got 1+ foot at the start of November but most of the month was warm. Thus openings were delayed to Nov. 13 at Killington and Nov. 21 at Sunday River and Sugarloaf, with social distancing also being a factor. Early December progress was slow with mixed snow and rain resulting in low trail counts. The mid-December Nor’easter hit southern New England hard but did not snow much farther north. Trail counts were reduced by heavy rain over Christmas. 2016 was the only year in over 20 years with less Northeast terrain open at New Year’s. There has been some expansion during the first week of January though with no more than a foot of new snow. Percents open: Okemo 55%, Hunter 46%, Sunday River 44%, Sugarloaf 29%, Tremblant 62%, Ste. Anne 45%.