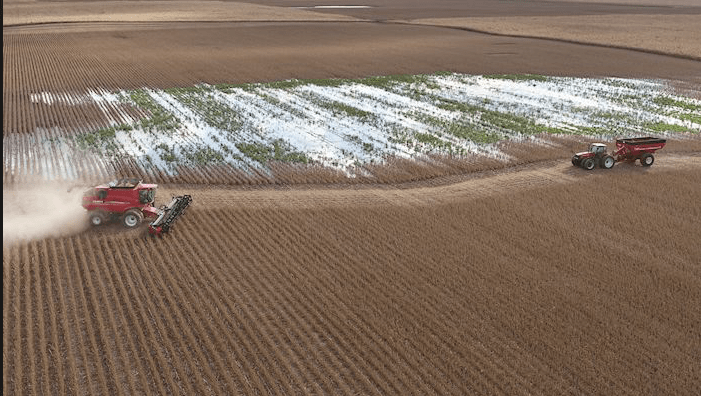 Other than the Trade War tariffs that Trump has put on China, a stronger U.S. dollar and now historical Midwest flooding is a real “triple whammy” for many U.S. grain farmers.

What is behind all of this wet weather? It is not just El Nino? Why some point to low solar cycles as being the main culprit, my view is that there is too much emphasis put into solar activity in forecasting long range weather. A warming planet and other teleconnections are at least as important. While low solar activity can create warming near the arctic and cause the Arctic Oscillation index to go negative, it has gone negative in many other springs, with a solar minimum–such as 1993

But what about farmers having to decide about planting in mud or crop insurance? Here is an article by Michael Cordonnier, written in mid May regarding Prevent Plant options for farmers.

As wet weather continues to delay planting across the Corn Belt, some farmers may be considering submitting a claim for “prevent plant” instead of actually planting their intended corn crop.  Crop insurance is complicated and each farmer needs to do the calculations for his farm in order to determine if claiming prevent plant is a viable option.  Without getting into too much detail (which by the way, I do not know much about), below I have outlined four broad options when it comes to claiming prevent plant.

If a farmer has not been able to plant his corn crop by the insurance date which varies by region, he/she has basically four options.

If we combine the two crops, there could be 5-6 million acres of prevent plant.  If you add in wheat, where the 5-year average is 0.98 million acres, the total could be 6-7 million.  These numbers do not include abandonment which would occur later in the growing season.

To make the decision on prevent plant even more difficult for farmers, the administration has announced that they intend to do another bailout of American farmers due to the ongoing trade dispute with China.  If the next vote buying, sorry bailout, is skewed toward soybeans like the first bailout, it might encourage farmers to plant their soybeans even if it gets extra late to plant.

At this point, I don’t think we can say anything definitive about the potential amount of prevent plant soybean acreage other than if the weather during early June continues to be excessively wet, some farmers might opt for prevent plant. (Michael Cordonnier)