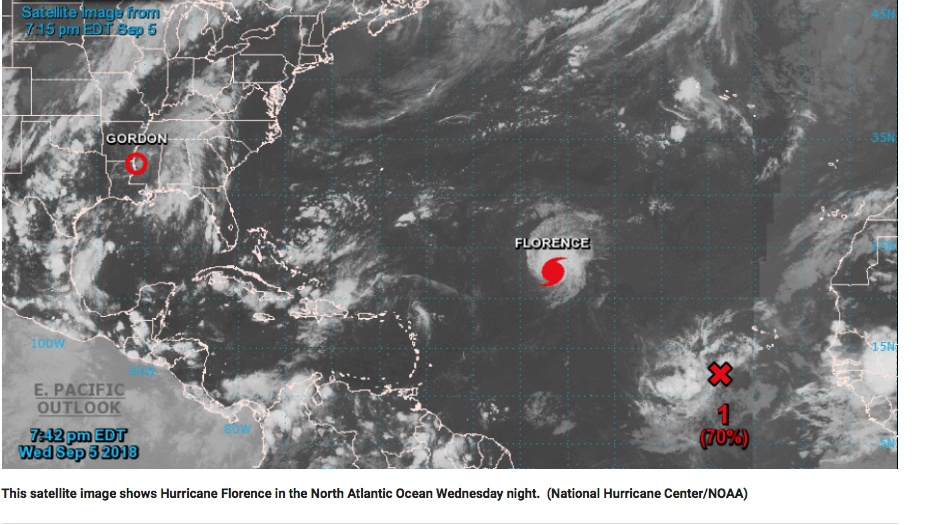 CLIMATECH—-HURRICANE SEASON; 2001 ANALOG PATTERN MAY POINT TO NO EL NINO

Hurricane Florence could have market impacts in the cotton market and stocks some as Home Depot (HD) and other markets. Our Climatelligence newsletter will discuss which markets will be impacted and for how long. However, historically, impacts to the cotton market are only temporary and often an over-reaction. However, will weather problems develop in other parts of the world for cotton?

The stars above represent teleconnections that are similar to today. The map to the left (above) is a look at the total hurricane season for 2001.

(click on maps above to see a bigger image) 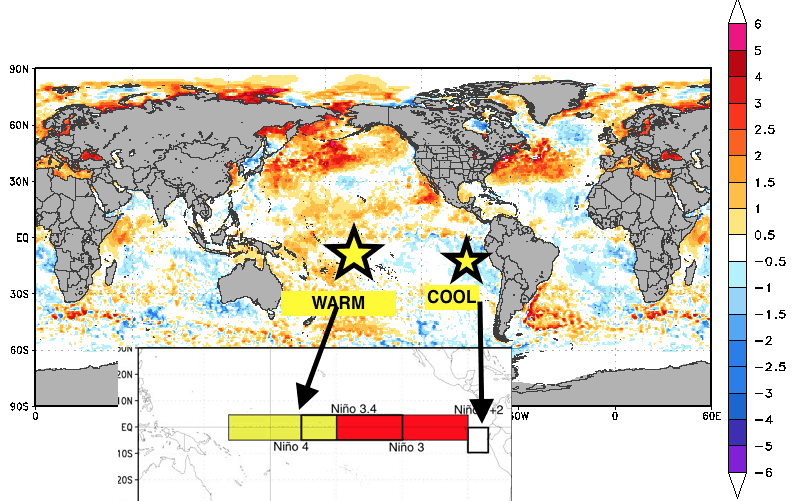 (above). The cool ocean temperatures near Peru and warm waters east of Australia are signs that El Nino could be slow to form, if at all. We will be watching this over the next few months, as how these ocean temperatures change will have a huge impact, not only on the rest of the hurricane season but for the energy , soft and grain commodity markets in the months ahead.