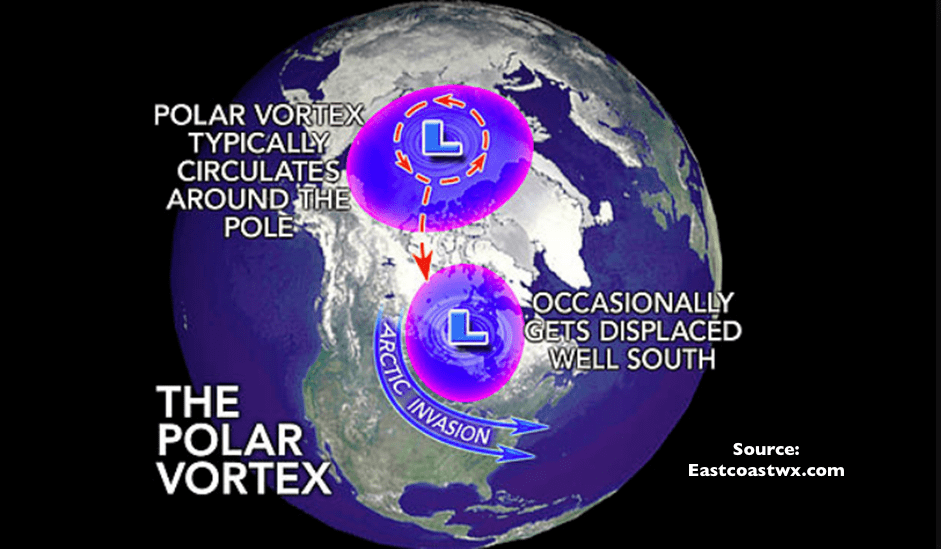 The unusual warm start to winter has been due in part to the progression of a weather phenomenon we call the Madden Julian Oscillation (MJO). The map below shows the forecasted movement of the MJO from mid December and one key reason the U.S. winter has been warm so far.

However, most of our in house proprietary weather programs (used by major hedge funds and food companies) have been in the camp for a cold winter, overall, especially the 2nd half. While cold weather will impact some energy markets, it may not have the same impact on the natural gas market, as it would have had, if December was cold. The reason? A replenishment of natural gas stocks from the previously “tight supply” situation. Nevertheless, there will be a lot of trading opportunities in both natural gas and the heating oil complex in the weeks ahead and natural gas prices should take notice. It is also possible that parts of Florida will have a frost scare or two over the next 2-5 weeks

Below we show some maps, as to why late January and perhaps February could be very cold and snowy for the Midwest and eastern United States.

The map rotating below shows the influence on how a warming arctic (red) can displace the polar vortex (blue) across the United States and Europe. This particular image shows the severe winter in January 2010

The map above illustrates how warming, some 10-20 miles up in the atmosphere (stratosphere) can push the polar vortex south resulting in what meteorologists call a negative NAO/AO index (map, below)