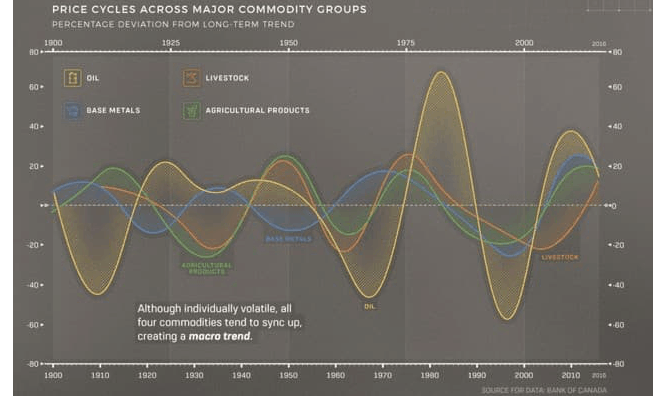 WHAT IS A COMMODITY SUPERCYCLE?

In a commodity SuperCycle, supply is so inadequate to demand growth that prices rise for a decade or more.

The chart above about commodity supercycles was featured in Jim Roemer’s newsletter for Weather Wealth subscribers, as well as various important weather outlooks and general trade ideas for global commodities. Get a 2 week FREE TRIAL to Weather Wealth here

SUPER COMMODITY CYCLES OF THE PAST

I believe we should be in a commodity supercycle and it is important to take a brief look back at the last two. In the 1970s, spiking oil prices created a boom that lasted into the early 1980s. In the early 2000s, China’s demand for copper, steel, aluminum, and coal. Crude oil spiked, reaching record high prices in 2008. Copper prices stayed high through 2014. There are three components of a potential commodity supercycle. They are oil and gas, metals, and agricultural space. We have already seen near historical April moves up in wheat, corn, and soybean prices on historical tight stocks, global weather issues, and stellar Chinese demand.

A Commodity Supercycle is defined by the multi-decade price movements in the underlying commodities, which are affected by short-term factors like Wars, Famine, Overproduction, Recession & other cyclical factors. Barring these short-term shocks, the larger pattern that emerges shapes the commodity Supercycle.

So, in my mind, we have already entered a commodity SuperCycle in the grain market. Grain stocks are the tightest in more than a decade. The problem is, if you have not already taken advantage of these and several other commodities ETFs and grain futures, I would not recommend jumping right in unless you use certain grain spreads and options.

Take a look at this ETF. It has already rallied some 50%+ on global weather problems, strong China demand, and inflationary fears. What happens next will be dictated more by spring and summer weather.

Will there be more of an explosion in grains, cotton, and other ag commodities? Stay tuned. I think one sleeping giant may be the coffee market and the ETF (JO), while any summer weather scares could potentially set corn and soybeans on fire.

For now, Midwest weather may be improving for planting crops into the month of May. This will affect certain spreads in soybeans, corn, and wheat. We here at bestweatherinc.com help farmers, novice to more experienced commodity traders develop some general trade ideas based on the weather’s impact on global crops and in the natural gas market.

THE FUTURE OF OIL AND RENEWABLE ENERGY 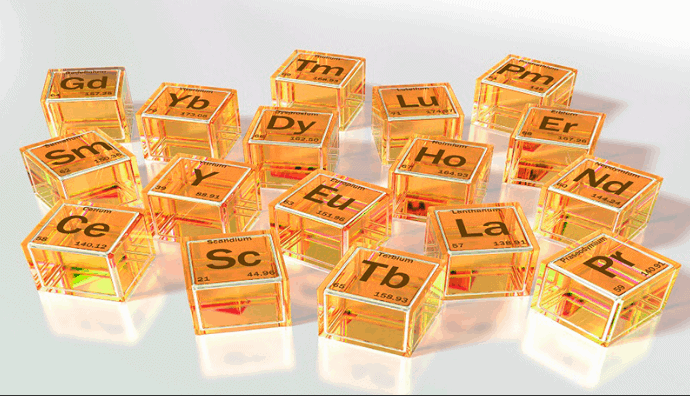 Metals such as copper and silver, plus trace metals such as Lithium are potential good longer term investments

Oil and gas and metals are relevant to decarbonization prospects. They’re also increasingly connected to each other. I have been bullish on the Green Energy space for quite a while and continue to monitor weather patterns, climate change, hurricanes, and other natural disasters and what different countries are doing to ramp up adaptation to global warming. While some of you may not believe in this, although “the science speaks for itself” (that’s perfectly fine), this is still a sector worth considering.

With the International Energy Agency predicting that global oil demand won’t rebound to pre-Covid levels until 2023, OPEC’s spare capacity could be very relevant, especially if oil demand has already peaked, as BP Plc said last year. That’s not to say that prices won’t keep increasing, but rather, that the sector has mechanisms in place to meet demand.

I personally would be very surprised to see the crude oil price anywhere close to $100 in the near future. There is just still too much OPEC production, and the U.S. is more self-reliant on oil due to the shale boom and because of the global switch to more renewables over the next decade. This is barring any major Middle East war that would disrupt oil supplies.

Instead of trading crude oil, continue to consider the Green New Economy and the many opportunities which present themselves. From solar to lithium, wind power and trace metals, I continue to like stocks such as NIO (NIO), Fuel Cell (FCEL), Bloom Energy (BE), just to name a few.

CONCLUSION: We have already entered a SuperCycle in many commodities and caution is warranted at these price levels. However, I believe the global new Green Economy will continue to offer great opportunities in electric cars and the renewable energy space, such as carbon capture companies and trace metals. With respect to grains and commodities such as cotton, cocoa, and coffee, I have been bullish on some of these markets for quite some time now. However, what happens later this spring and summer will depend greatly on global weather and whether or not an increase in supplies later this year takes the steam out of some of these markets.