Argentina’s Billion Dollar Grain Industry May Be At Risk, Again! What Does Climatech Say? 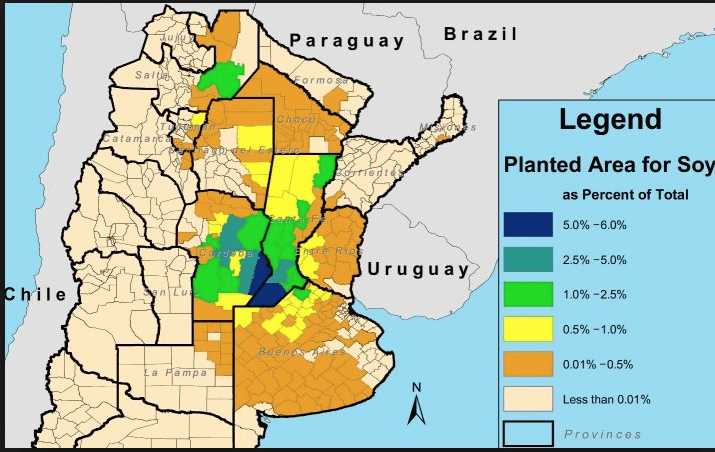 ROEMER—GROWING JANUARY WEATHER PROBLEMS FOR ARGENTINA CROPS; ITS NOT JUST LA NINA–TOO WET IN THE NORTH, TOO DRY IN THE SOUTH

While everyone always talks about El Nino, El Nino or La Nina, La Nina, there are other teleconnections at least as correlated with rainfall in Argentina, and for that matter, many parts of the world. The AAO has been very negative over Antarctica and the warm TSA/SAT regions around west Africa are strong signals that southern Argentina soybean and corn areas will have problems throughout January. These other teleconnections relate to ocean temperatures and what is happening with the jet stream over Antarctica.

These features (thousands of miles away) can affect weather in many parts of the globe.

Northern areas however, may continue to have too much rain lowering crop prospects for Argentina grains.

Due to client obligations, I will not be able to comment frequently with respect to other soybean areas in South American and its impact on the grain market in the weeks ahead. 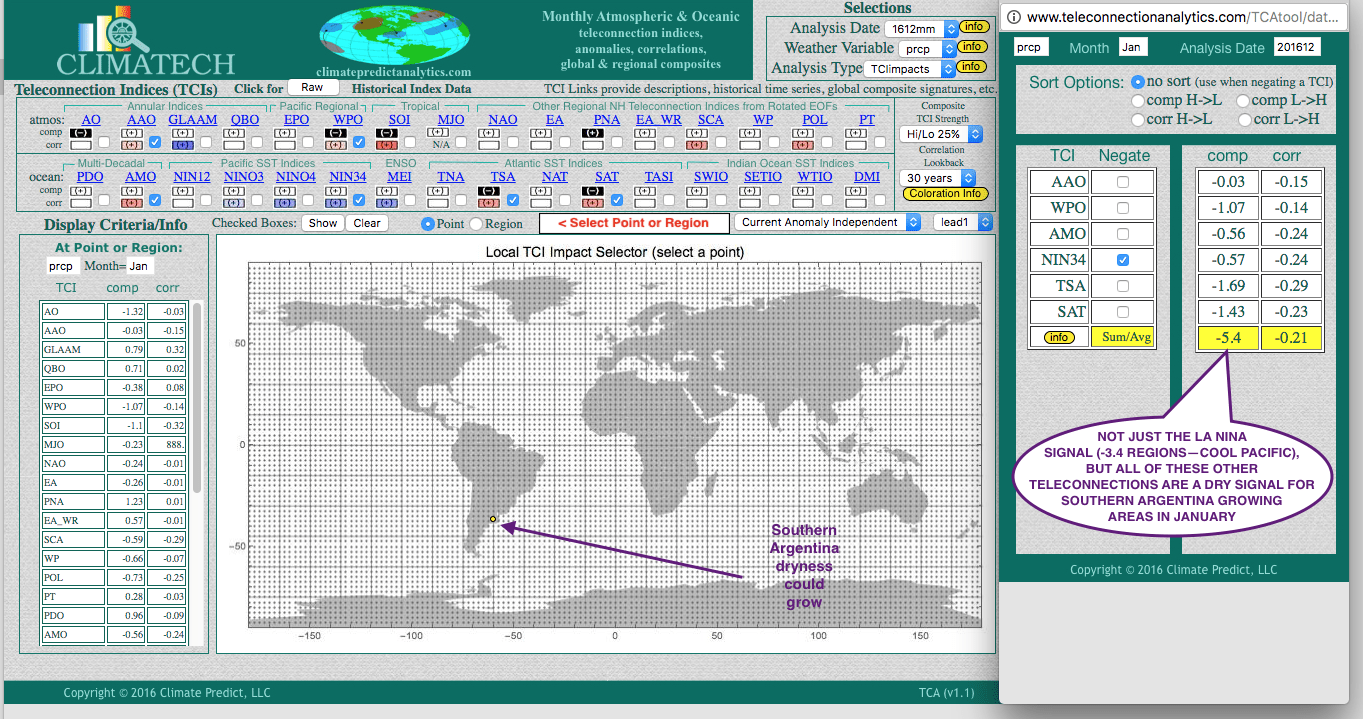