2020: The Year of Record Hurricanes And A Perfect Storm. Which Markets Have Been Affected? 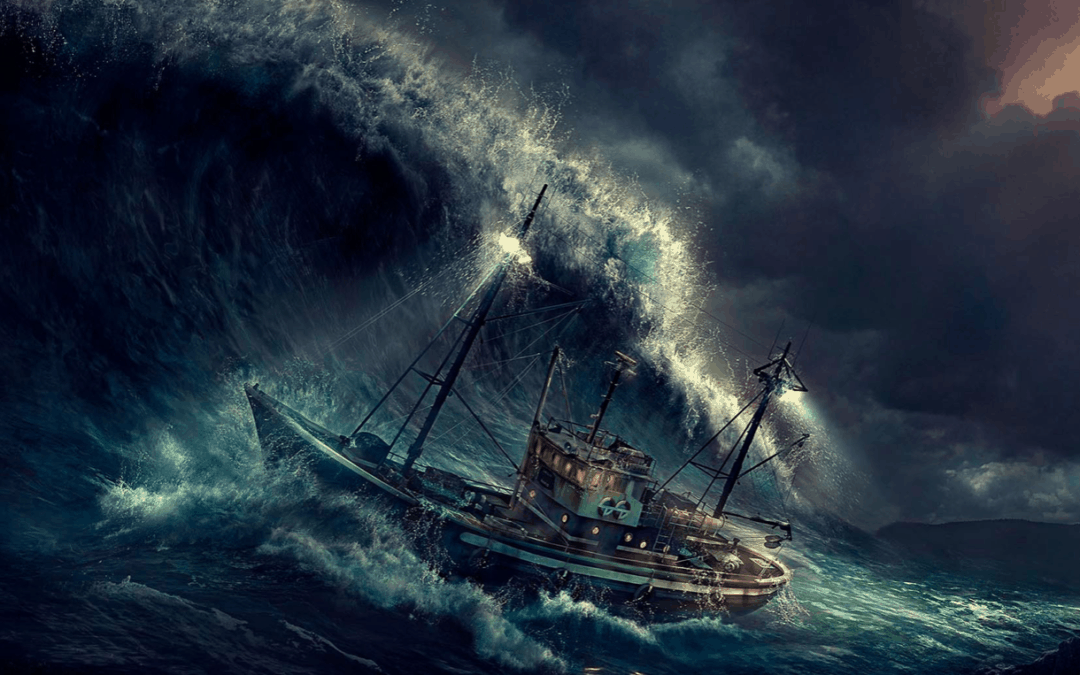 “Storms” aren’t new to us Americans. Whether the Civil War, the Spanish flu, the Great Depression, World Wars I and II, 9/11, Hurricane Maria, the list goes on, America has found a way to weather some dramatic and traumatic storms in its 244-year history. But have we ever faced such a “perfect storm” as we are facing in 2020?

We are currently in the eye of no fewer than five storms that are raging around us and causing previously unimaginable damage.

The COVID-19 crisis has brought our country (and the world) to its knees with effects that will likely be felt for years to come. The pandemic has ignited a health storm in which more than 200,000 Americans and millions more around the globe have died.

COVID has also created an economic storm in which, due to the shelter-in-place orders imposed around the country, our economy came to a grinding halt with tens of thousands of businesses closed and millions of people out of work. COVID has laid bare for all to see the failures of government, the inadequacy of our health-care system, and the unfairness of our financial system.

The death of George Floyd at the hands of the police has created a cultural storm of unrest driven by a long-overdue reckoning of racism and inequality in our country.

A political storm fueled by President Trump has led to a seemingly unbridgeable chasm between parties and a paralysis in government.

Finally, of course, has been the unprecedented hurricane season, with more than 26 named storms, the latest of which is Zeta that will batter Louisiana on Wednesday with its historical 5th tropical storm or hurricane of the season.

Nearly everyone has seen Wolfgang Petersen’s film, “The Perfect Storm” with George Clooney as the protagonist and commander of a fishing boat, the Andrea Gail. Not everyone knows, however, that this is a true story that dates back to the end of October 28 years ago, when in the Atlantic Ocean, north of the city of Boston, suddenly “appeared” the Perfect Storm

It was Halloween 29 years ago. Meanwhile, Andrea Gail had been at sea for several days. In the Atlantic Ocean, the autumn is the period of the storms called “Nor’easters” (north-eastern) that in history have caused panic among those who met them.

The one from 1991, however, is considered by many to be one of the worst. A cold front from the east coast of the United States created a low-pressure, which met a high-pressure ridge from Canada into the Atlantic. The encounter of the two fronts produced a swirling mass of wind as the air moved between areas of high and low pressure.  Another unusual element made this storm so terrible. The short-lived “aftermath” of Hurricane Grace was still in the area. The warm air left by the hurricane was sucked into the cyclone, creating what was called “The Perfect Storm”, because of the rare combination of circumstances that made the storm incredibly powerful with winds of up to 185 kilometers per hour and waves of over 10 meters.

On October 30, 1991, the so-called “perfect storm” hits the North Atlantic producing remarkably large waves along the New England and Canadian coasts. Over the next several days, the storm spread its fury over the ocean off the coast of Canada. The fishing boat Andrea Gail and its six-member crew were lost in the storm. The disaster spawned the best-selling book The Perfect Storm by Sebastian Junger and a blockbuster Hollywood movie of the same name.

The captain of a Maine fishing vessel, Linda Greenlaw, was the last person to speak to Andrea Gail. On 30 October, Andrea Gail was missing. The Coast Guard began a massive search for the Andrea Gail crew on October 31. Only a few remains of the vessel were found on November 5 on the coast of Sable Island, a small Canadian island 300 kilometers from Halifax. No one of the crew was ever found.

The storm continued to churn in the Atlantic on October 31; it was nicknamed the “Halloween storm.” It came ashore on November 2 along the Nova Scotia coast, then, as it moved northeast over the Gulf Stream waters, it made a highly unusual transition into a hurricane. The National Hurricane Center made the decision not to name the storm for fear it would alarm and confuse local residents. It was only the eighth hurricane not given a name since the naming of hurricanes began in 1950.

Hurricane Zeta and A strong Texas Storm Will Merge

The merging of two storms on Wednesday, October 28th is incredibly rare and last happened during the infamous “Perfect Storm” in 1991. The flooding in the Deep South has halted the soybean and cotton harvest and will cause another nightmare for residents in Louisiana, etc. dealing with unprecedented disasters. While some people feel the fires out west and active hurricane season is due to low Solar Cycles, nothing can be further from the truth, in my opinion. Climate Change definitely has something to do with it.

There’s an old adage in commodity trading, ‘Never bet against the trend.” For the first time in many years, corn, soybeans, and most recently cotton are in bull markets aided by now only global demand, but weather problems, as well. In the case of cotton, a historical number of Gulf coast storms, historical California heat, the Texas drought, and now snow, a frost, and rains in the Texas panhandle have all contributed to this amazing rally.

Another positive driver for the market is the ever-increasing bullish position held by spectators. Friday afternoon the CFTC reported certain trading funds had increased their net-long position to 65,000 plus contracts. While that may not be a record, it is controlling some 6.50 million bales for a trading entity that does not have any eventual “home” for such an inventory.

The latest crop conditions report on October 25th indicated 58% percent of the U.S. crop remained in the field, unharvested. Hence, from Texas to the deep south harvest conditions will only worsen.

Tropical Storm Zeta formed in the Gulf last weekend and is now projected to make landfall somewhere along the Gulf Coast by mid-week bringing with its heavy rains.

Other bullish drivers aside from strengthening demand and a shorter crop include, strong technicals, positive money flows into commodities, and strong competing crops in soybeans and grains.

So, the demand for cotton is increasing. Demand takes price higher.  The next USDA supply-demand report on November 11th away will likely lower US cotton production by at least 500,000 to 1 million bales.

A near-record number of spec long positions in the market, but as weather problems continue to mount, hedgers and producers may be forced to run for cover, liquidating their short positions.

Climatelligence: The Most Informative Monthly Newsletter About Weather, Climate Change And Markets

My Climatelligence monthly newsletter is a less expensive option to Weather Wealth and will give generic trading strategies and long-range weather forecasts to help farmers, traders, and anyone interested in weather and traveling, make important decisions, months in advance. What is my feeling about cotton prices longer term? Stay tuned or subscribe, below

Without going into too much detail, there are many weather forecasting methods I utlilize to predict long range trends for hedge funds, farmers and those interested in crop and commodity prices throughout the world. This brief study below shows the last two very active hurricane seasons; The infamous 2005 season and also 2017, which was also a weak La Nina.

The last hurricane season that was even remotely similar to this year was in 2017. Show below are the December global temperature trends during both the historic 2005 hurricane season and 2017. Notice the heat and hence dryness out west over the Plains and western U.S. This may aggravate the fire situation and also cause a feeble first part of the ski season from Colorado to Utah, California and many other areas.

Notice the tendency for some colder eastern U.S. weather in December, but will this be enough to jump-start the natural gas or heating oil market, and what is our feeling about energy prices? For this and specific weekly trading strategies, we urge you to try a 2 week FREE TRIAL to Weather Wealth, our premium commodity newsletter.