Sarasota has been safe from hurricanes for years. Why and what about Irma? 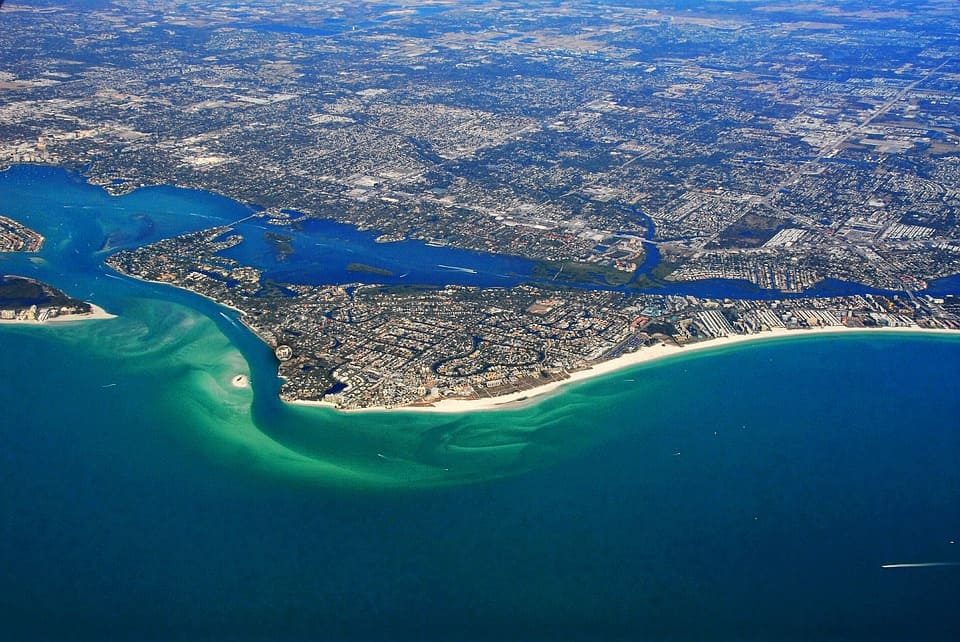 Siesta Key Beach is a large, beautiful white sand beach; it is the gem of Sarasota County.  The tranquil water and sand ” like baby powder” make it a worldwide destination for those looking for a relaxing vacation.  It is no wonder that TripAdvisor consistently votes it as the number one beach in America. Unfortunately, Irma threatens this beach, as potential impacts become greater due a westward shift in the expected track.

A few days ago, the consensus was a track along (even just off of) the east coast of Florida.  Now, a slight western shift in the forecast has occurred, so Sarasota may get hurricane force winds.   The latest European model ensemble members give the spread of tracks shown in the image below.  Irma will impact the entire Florida peninsula, no matter how the track shifts. If the western trend in model tracks continues, it could cause more storm surge, higher windspeeds and heavier rainfall. This graphic indicates the statistical likelihood of the center of the storm.  Notice the slight preference towards the western side of the state. 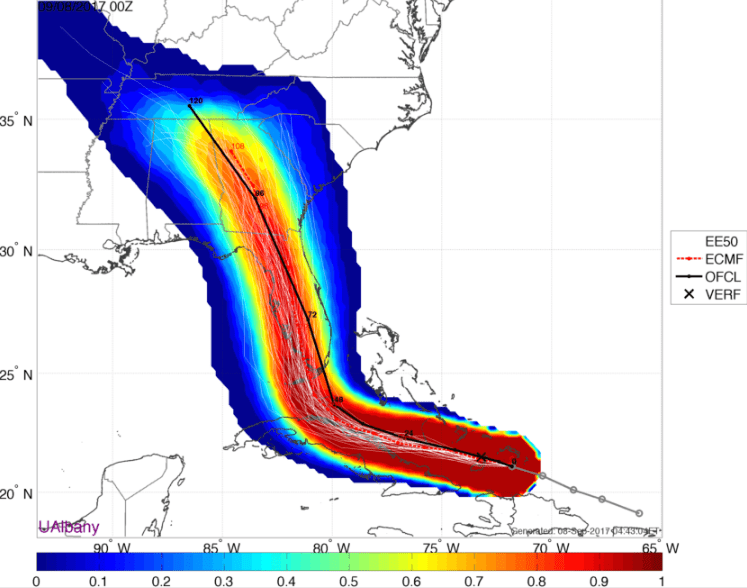 Why is Sarasota usually spared?

Irma will impact Sarasota, an unusual occurrence.  A recent article by the Herald-Tribune examined many myths on how Sarasota is able to typically ward off hurricanes, including Native American folklore.  The graph below shows only five hurricane strength storms have tracked within 35 miles of downtown Sarasota.  This is remarkably low compared to the east coast of Florida and other parts of the Gulf of Mexico.  Could crystals really be keeping Sarasota safe? 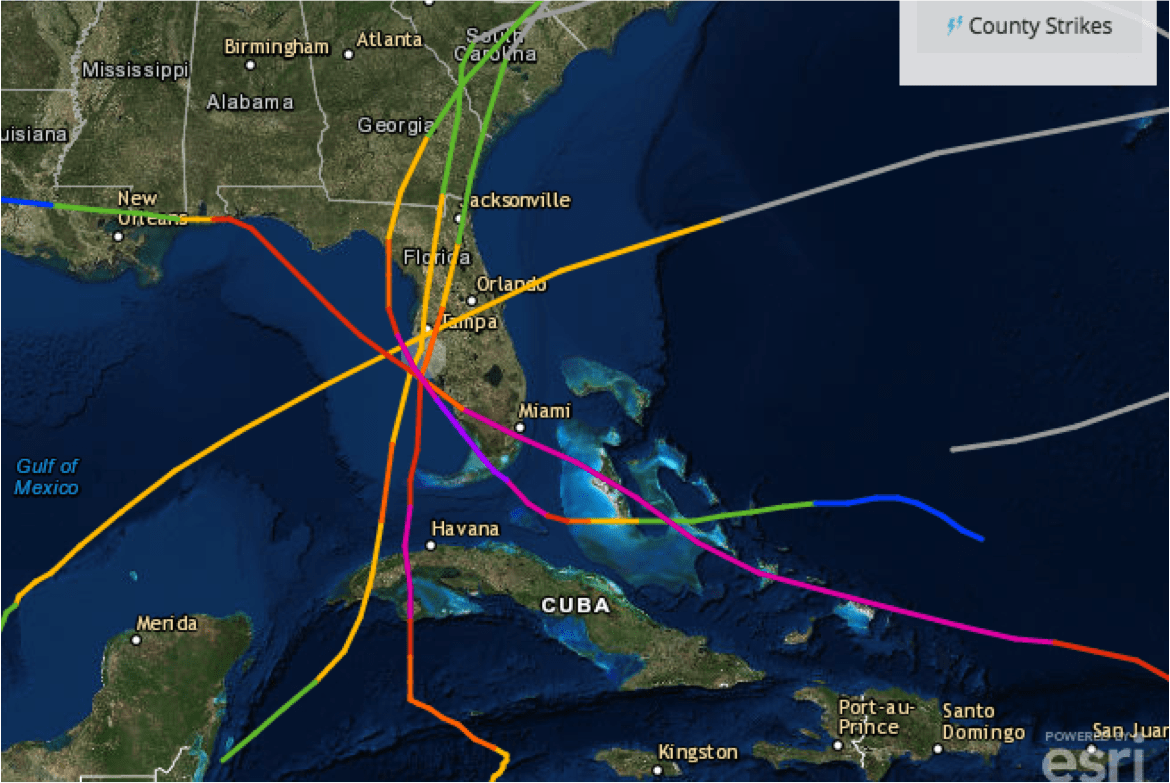 There is a more likely, and more scientific, reason why hurricanes do not make it to Sarasota.  The typical tracks (image below, credit: NOAA) during September show a northwest moving ‘hurricane highway’ through the Bahamas and the Yucatan Channel.  Then, the hurricane curves towards the northeast. Notice the “hole” in tracks over Cuba.  Cuba is a major inhibitor of tropical systems.  The increased elevation of the mountains disrupts the moist low level inflow.  This is the hurricane’s lifeblood.  The curve of the prevailing track to hit Sarasota (dashed white line) would have to proceed over most of Cuba, significantly weakening any storm (and possibly altering track).  Therefore, a direct hit to Sarasota requires an unlikely sharp curve towards the east. Another scenario often seen is a landfall on the east coast of Florida, weakening the storm, and preventing Sarasota from getting the worst of it.

No matter where you are in Florida, be sure to listen to local officials for information on impacts and evacuations.   The latest Irma forecasts, including storm surge, and wind expectations can be found here.  The Florida Disaster website is also an excellent resource.