The California forest fires, Climate Change and how a weak El Nino could enhance a cold and snowy U.S. winter 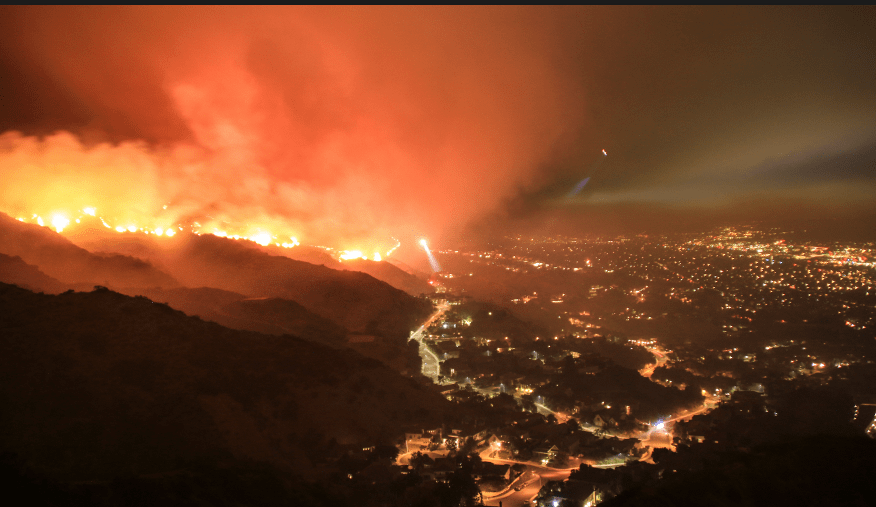 California forest fires are just another example of climate change. While a cold winter is likely in the cards, this does not change the reality of more extreme weather globally and the fact that the oceans and the entire planet have been warming. Low solar activity will probably result in a cold winter. The long-term effects of CO2 emissions and methane released by the increase in the livestock industry have, no doubt, implications humanity’s health. It has also worsened the Red Tide in Florida and poses the continuing threats of melting sea ice and rising sea levels. For a free sample of my winter outlook and how it will affect the natural gas, grain and soft commodity markets, please register here. 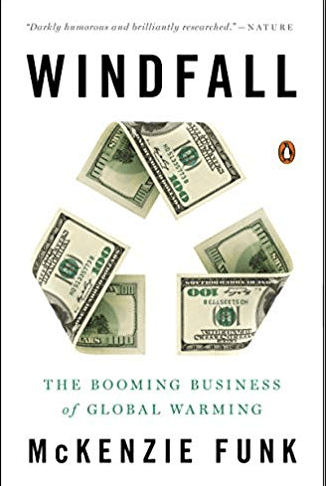 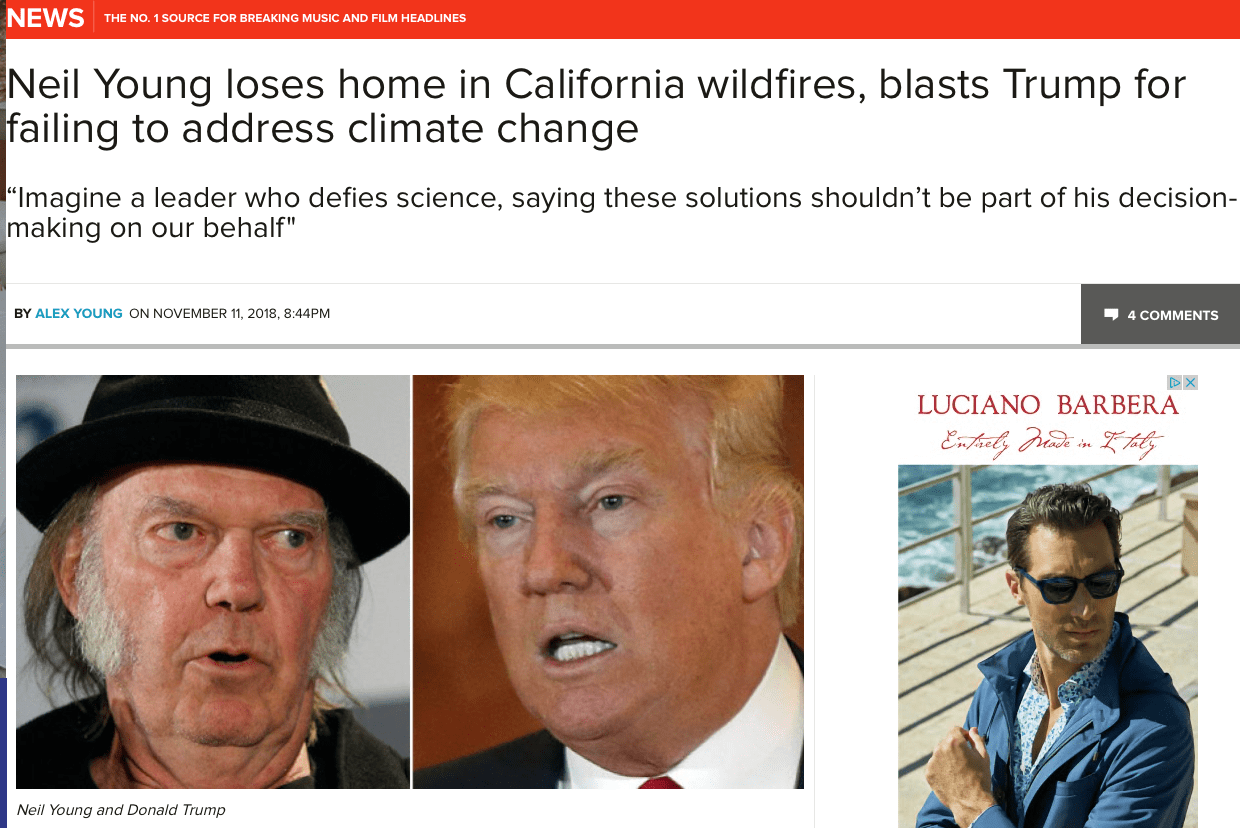 The fire season in the west picked up this month as the föhn winds (Santa Ana especially) gathered in force. It was at the end of the long dry season. Tragically, the fire was deadly. The entire town of Paradise has  burned to the ground.

For a scary article describing how the homes of the famous, like Neil Young, Miley Cyrus and Robin Thicke have been destroyed… See here 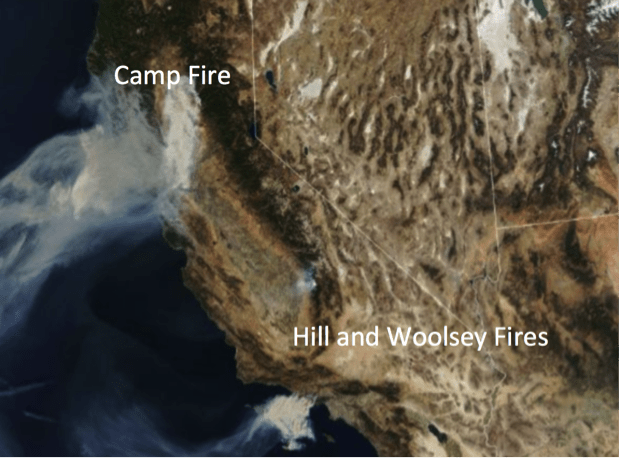 The Camp Fire burning near Chico, California is now the single most destructive fire in state history. And it’s just one of three major infernos raging in the Golden State this weekend as late-season winds pick up and spread walls of flames.

The Woolsey Fire and Hill Fire in southern California are also threatening lives and property, and poised to spread further. Already more than 250,000 people have been forced to evacuate statewide.

How the California fires could actually enhance a cold, snowy U.S. winter 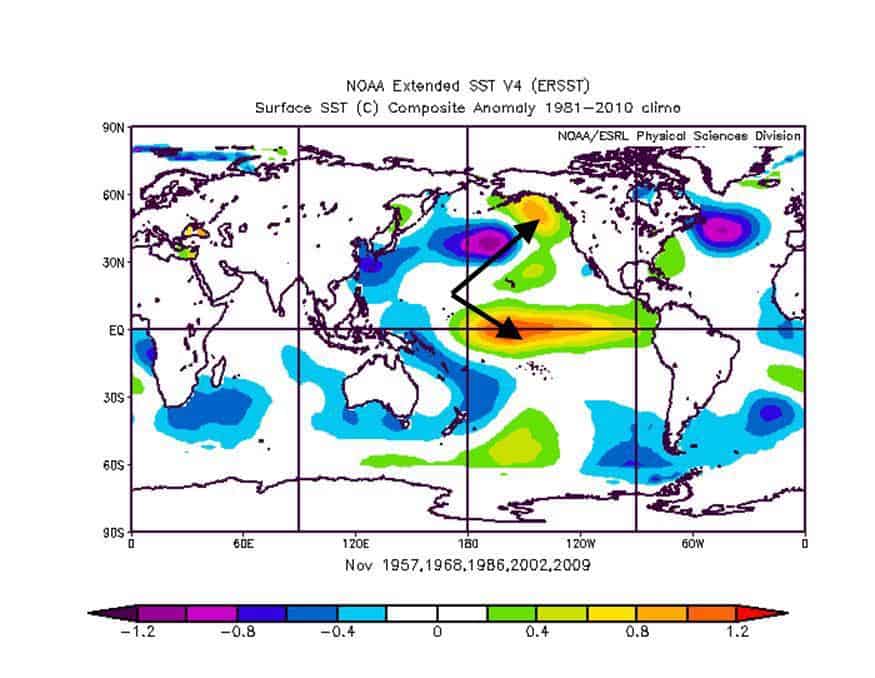 Ocean temperatures above. The orange oval shaped area in the Gulf of Alaska represents warmer than normal ocean temperatures. This feature and the weak El Nino developing further west (El Nino Modoki) could bring lots of snow and cold to U.S. natural gas and energy areas this winter. The warming in the Gulf of Alaska could actually be enhanced by the forest fires out west and add to a cold U.S. winter as it forces cold air south.

The Camp Fire has so far torched more than 100,000 acres and thousands of buildings since igniting Thursday morning. At one point, it was growing at a rate of one football field per second. The fire has killed at least nine people and incinerated more than 6,700 structures. Paradise, home to 26,000, was almost entirely laid to waste by the fire.

“The town is devastated, everything is destroyed,” California Department of Forestry and Fire Protection (Cal Fire) spokesperson Scott Maclean told Reuters, “There’s nothing much left standing.”

One way the California fires form 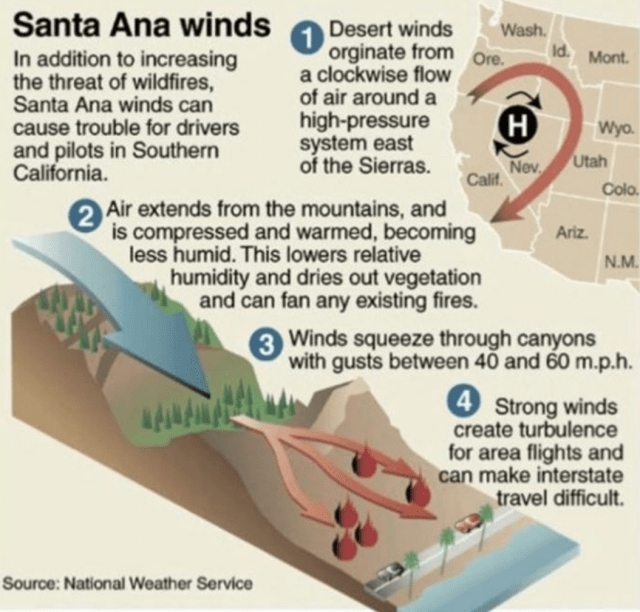