Tropics Primed and Ready as We Enter Peak Hurricane Season 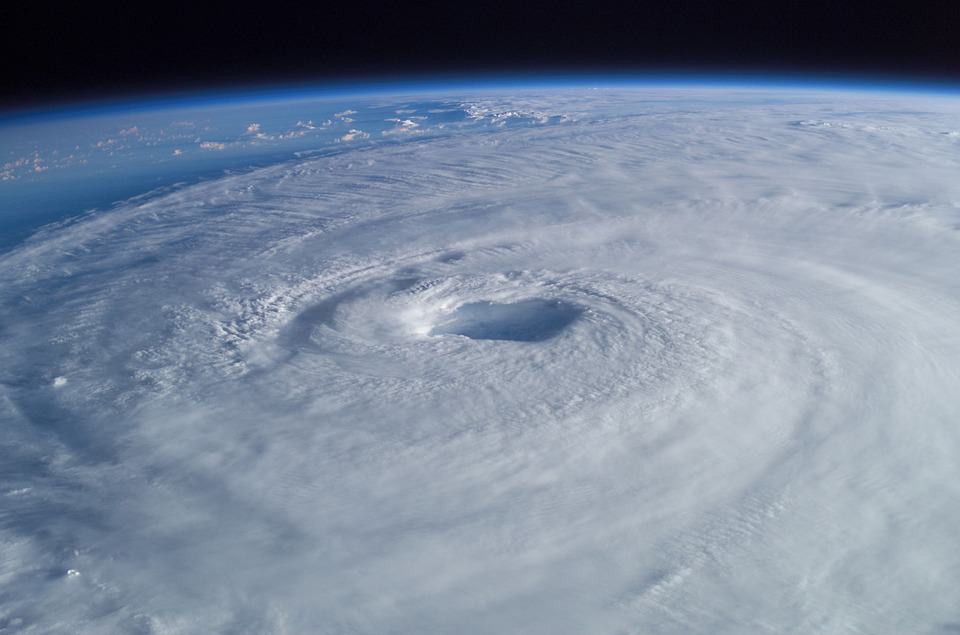 The National Hurricane Center is currently eyeing three tropical waves in the eastern Atlantic.  These systems will bear watching over the next week to ten days as they all have a 60% chance of forming.  This far out, it is tough to give any concrete forecast until the picture becomes more clear.  Recent model runs show all types of scenarios including storms going out to sea, making landfall, and storms completely dissipating. 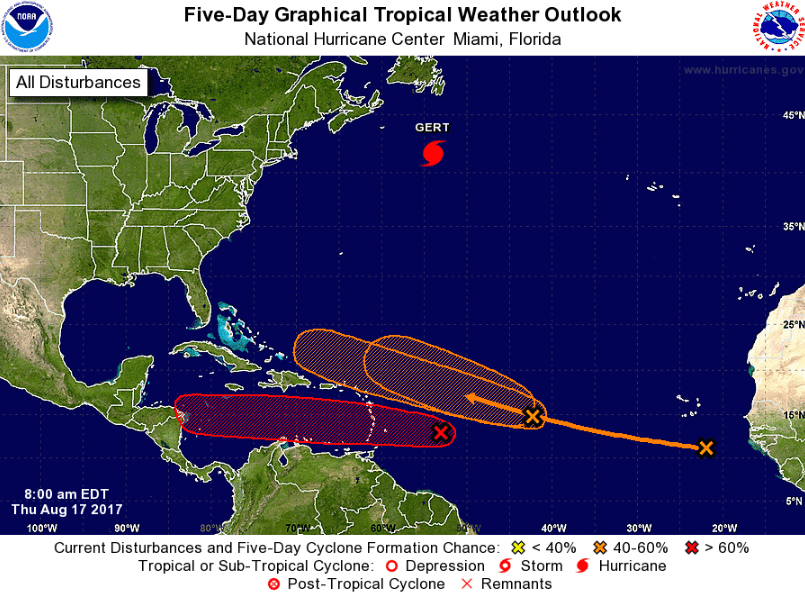 We’ve done some research into the number of storms expected in August, September and October.  Matching most other forecasts, we expect above normal activity through the end of this season.  There are two key ocean features that support increased cyclogenesis compared to recent years. Warmer than normal sea surface temperatures in the Atlantic create more instability and allow for more water vapor to be drawn into a developing cluster of tropical thunderstorms. See the favorable anomalies in orange in the image below (the main development region–just west of Africa–as well as the Caribbean and the Gulf of Mexico). 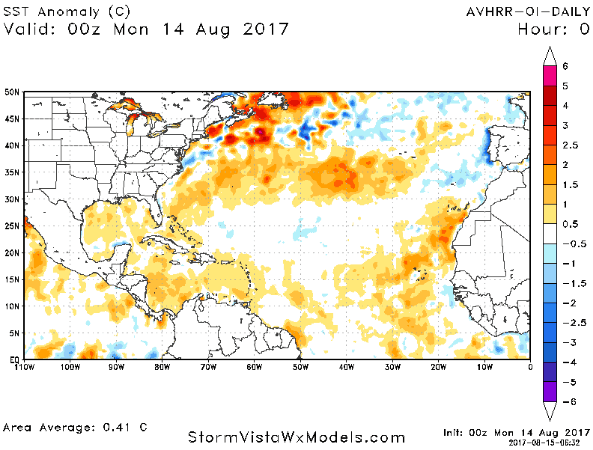 The other recent change that favors storm formation is the weakening of El Nino.  When El Nino conditions are present, it tends to increase vertical wind shear in the Atlantic.  Hurricanes thrive when they are stacked like a multi-layer cake, rather than the Tower of Pisa.  The shear can shred and separate the storm, leading to its demise.  Since sea surface temperatures in the equatorial Pacific are cooling, this should limit wind shear and allow storms to develop.

Going all the way back to 2005, we saw natural gas prices increase significantly every time a hurricane (Wilma, Katrina, etc.) entered the Gulf of Mexico.  However, shale production was not anywhere close to the levels we have now.  Therefore, it is unlikely that a “major” impact to supply/demand would occur if a strong hurricane were to enter the Gulf of Mexico and limit production. Hurricanes also impact other markets.  The home improvement stocks have bumped up slightly during previous landfalling hurricanes.  Traders expect an increase in earnings on plywood and other storm/recovery supplies.  Some other stocks to watch would be in the insurance, electric (GRNC) and shipping industries.

For all our research on the 2017 hurricane season, email us at subscriptionsbestweather@gmail.com for a special report.