The History Of Black Swan Events and Market Panics 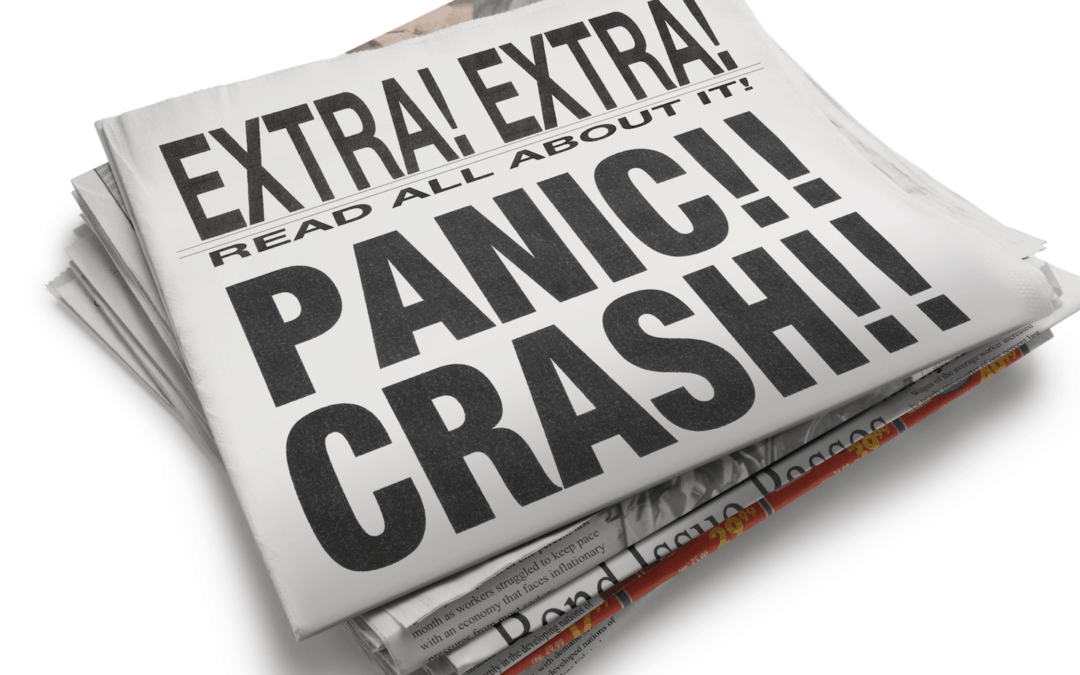 We have deviated from our typical global weather reports for commodities and other markets, for the moment. The world panic over CoronaVirus has spared several major black swan events. As of this writing, crude oil prices had one of the largest one night drops in recent memory. At one point, during the overnight trading on March 9th, it was down 35%. The stock market remains in a tail spin.

While prices certainly have not been in a bubble, before this present collapse, the stock market may have been.

The article below shows the typical investor psychology and reaction to an investment before and during a black swan event. I have added an historical review of other infamous market crashes, as well.

From Bull To Bear: What Is Typical Investor Psychology?

First, you buy the equity or commodity and you are optimistic about it.

Then there is a little bit of a setback. However, you still have potential profits in a position, so you are not too concerned about it.

As the price goes below your entry level, you are not worried. You become complacent because advisors are speaking of “longer term” trading practices. They influence you not to panic and you hold on to your positions.

Here is a good excerpt from “The Week” magazine describing the origin and meaning of the term “black swan”.

Then a sell-off occurs, perhaps one as precipitous as the present crash in equities! Your emotional condition begins to be one of hoping. Now you begin to panic. Yet you do not think necessarily there is a potential black swan event in the making:

That phrase gained currency a decade ago during the Great Recession and its aftermath. It provided a compelling way of thinking about the simultaneous crises in banking and housing. Those economic shocks elevated investor and mathematician Nassim Nicholas Taleb to global celebrity. His 2007 book about unpredictable events, The Black Swan, was a best seller. It seemed eerily prescient of the terrible downturn starting later that year. In addition, it gave readers a conceptual framework for thinking about potential risks that were both highly destructive and low probability.

The final straw for you is you sell everything, perhaps near the lows (!), during the height of panic. The graphic below illustrates the typical time line of investor behavior as a panic runs its course.

The first known boom-and-bust was the famous Tulip bubble in 1634-1637. Back then, the now-ubiquitous tulip was a relatively new arrival to northern Europe. It was much admired and sought after, even though there was little knowledge of proper cultivation methods and disease avoidance. In Holland, the Dutch people speculated on tulip prices. They ran the price of a single bulb to a value higher than that of a house. The bubble imploded quickly, causing widespread bankruptcies.

Here is a partial list of other notable market bubbles:

After World War I, the US experienced significant economic growth that was fueled by new technologies and improved production processes. Industrial production output increased 25% between the years 1927 and 1929. The market decline began in late October 1929. It led to panic selling as more investors were unwilling to risk additional losses. The market sharply declined and was followed by the Great Depression.

The mortgage crisis led to public concern over financial institutions. At the center was concern about their exposures in the subprime loan market and in credit default swaps. More and more institutions reported failures. as Lehman Brothers and AIG were some of the biggest names on the list. Market instability deepened, and more investors withdrew their support in. In October, the stock market crash occurred. Dow Jones Industrial Average fell 1,874 points or 18.1% during Black Week which began on October 6. In that same month, S&P 500 and the Nasdaq Composite reached their lowest level since 2003.

Dubai had a significant financial crisis in which its debt accumulated to $80 billion. The state-owned holding company, Dubai World, had liabilities of $60 billion. Its real estate subsidy was at risk to default on repayment of bonds. Yet, the Dubai government was unsuccessful in making a rescue package for the company. The debt problem of Dubai World triggered mass speculation in the property market. In the first quarter of 2009, house prices in Dubai fell 41%.

Many people primarily invest in gold as a hedge against inflation in periods of economic uncertainty. During the second quarter of 2011, the gold price hiked 22.69% and reached its highest price at $1907. On September 23, 2011, gold’s price plunged $101.90, or 5.9%. That was the first $100 daily price drop since January 22, 1980. While gold had reached its top, the global economy was declining. The investors had growing concerns about the global economic decline which raised fears for a potential price fall. The panic selling took place in the gold market and caused the plunge.

There have been many more panics than I cited above. The most important thing to remember is to “keep your head” during any market downturn. Use rational and logical thinking. Avoid making decisions based on fear. Consequently, you must learn how professional investors hedge their portfolios. These protective measures require that you also learn about options (puts and calls) and alternative vehicles, such as futures.

With respect to what I do, most global weather patterns have been bearish on commodities. Recently this applied to heating oil, gasoline, natural gas, soybeans and wheat, just to name a few. The US and Europe have had a near record warm winter and South American soybean production is huge this year.

Commodities such as coffee and cocoa may have some weather problems in the weeks or months ahead. At the moment, concerns about CoronaVirus a potential slow down in the global economy and shipping issues or a great concern for many markets.