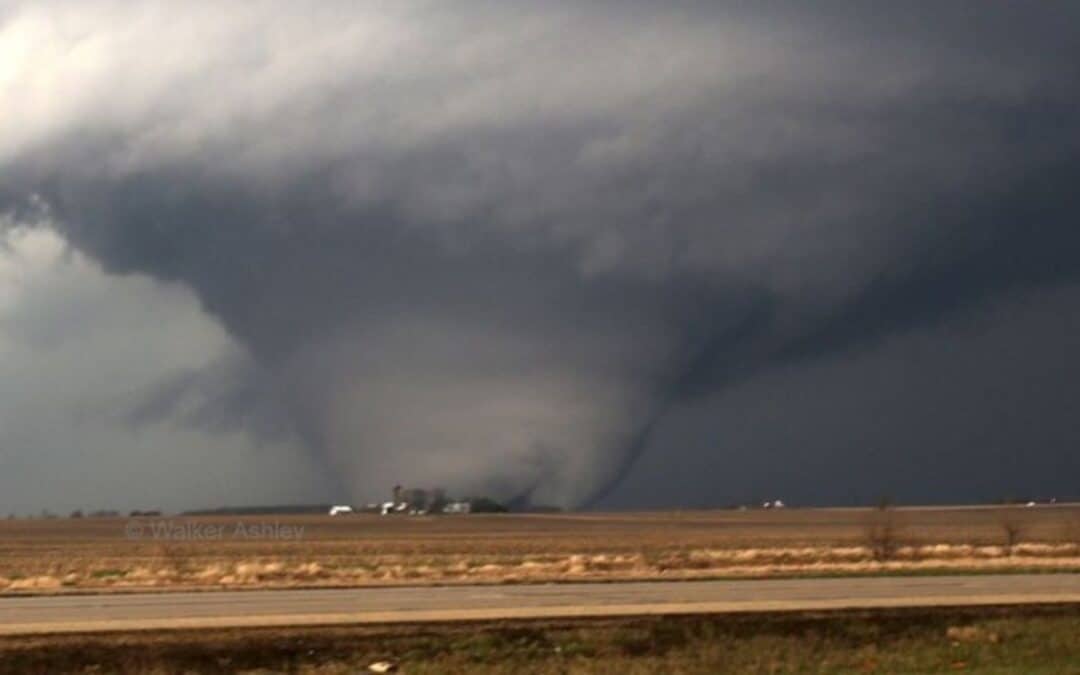 The 2022 tornado season is getting off to a devastating start. If my forecast is correct, the next few months could be some of the most devastating in recent memory. The tornado season often peaks by May and June (see below) and this season could be well above average.

Historically, Tornado Alley receives the brunt of spring storms. However, due to the historic western drought, most activity this winter has been further east. That trend may continue.

What Could Make Tornados Different This Year?

Why is this? When tornadoes develop, they are influenced by three different air masses: 1) Continental Polar (cool air from the north); 2) The subtropical jetstream (moisture from the Gulf of Mexico); 3) Dry air from the Rockies (This helps to create spin in the atmosphere). When all three converge in one location, this can produce tornado outbreaks.

This year, that Gulf moisture may be cut off from tornado alley thanks to the Texas brush fires and drought. This suggests that storms this spring could be much further east into Dixie Alley, Hoosier Alley, and Carolina Alley. These three areas could see tornadic activity at least 150-200% of normal.

Notice, for example, the big outbreak that has been occurring this week.

There are some weather firms that believe La Nina is going to weaken. However, my Climate Predict software— used by farmers, agribusinesses, and commodity traders around the world–shows a differnt picture. It portends that La Nina will be stronger than most feel until at least May or June.

Right now, my prediction is that this spring’s tornado season could be the worst since the 2008 La Nina.

There have been several other climatic occurrences that also may lend credence to an active tornado season and wet spring for Midwest farmers. There are 1) The wet last few months in Australia; 2) The easing of the northern Brazil drought for coffee areas

Climate Predict (below) shows, for example, how wet 2008 was in Australia and northern Brazil, similar to February 2022 (this year)

This graphic below shows what the tornado season is like during standard El Nino vs La Nina events. Notice that during an El Nino, tornado activity tends to be less frequent. The opposite is true during La Nina, when the “bulls-eye” (blue area) often moves from Tornado Alley into the Dixie Alley region.

The bottom line is that this spring’s tornado season could be one of the most severe in recent memory. The commodities most affected could be delayed corn and cotton planting in the deep south and potentially worsening drought conditions for livestock, wheat, corn, and cotton producers in Texas. This could already add to inflationary pressures for some commodities.

CLICK ABOVE TO RECEIVE FREE ISSUES OF OUR NEWSLETTERS