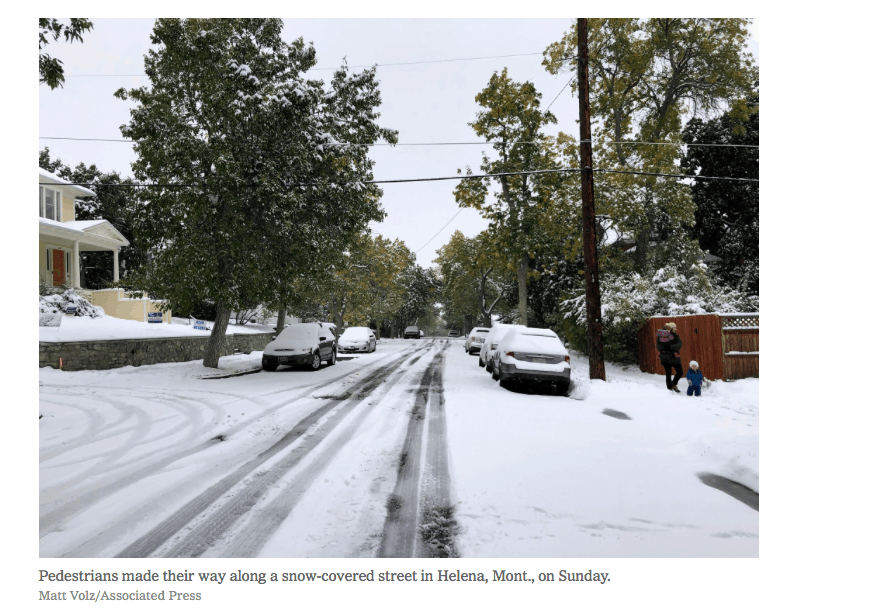 Whether it’s El Nino Modoki, discussions about climate change or low solar activity, there is never a dull moment weather-wise with what’s going on around the globe. However, there is also one climatic variable that has had an influence in producing record early snows in the Pacific Northwest and very wet Canadian weather and upper Midwest weather that has slowed down the spring wheat harvest. This is called the MJO. This has begun threatening the harvest for corn and soybeans if it continues for more than another couple weeks could have serious implications. However, will this feature change and bring dryness to Brazil coffee but beneficial dry weather for Midwest crops, deeper into October?

Want more information how the MJO could affect corn, soybean coffee and cocoa weather, production and the commodity markets? Please take this survey.

Any window of dry weather in October would put pressure in corn and bean prices again, while wet weather would send the market soaring.

The first snowfall in the Twin Cities of Minnesota, usually does not show up till late October, but a few days ago, 9″ of snow in Minnesota and over 2 feet in parts of Montana are ones for the record books. For an interesting story, please see here

Rains (above) may begin to affect the early corn and soybean harvest in the western corn belt where rainfall has averaged more than 300% of normal the last week and will continue this week. Yesterday’s USDA stocks report for corn, wheat and soybeans, was the first general “bullish report” for all grains in months. The wet Midwest and Plains weather has also been a major impetus.

Spring wheat prices have soared in recent weeks due to the incessant rain and snow from North Dakota to Canada. Corn and soybean prices reacted on Monday. What does the future hold weather-wise in the weeks ahead and will grain prices sell off if it drys out or continue higher? If you take this survey about our potential upcoming subscription newsletter, requested by hundreds of readers, I would be more than happy to give you my longer term view in grain prices.

Snowfall of more than a foot has fallen in the Pacific Northwest and parts of western Canada and continues to cause harvest issues to the final 10-25% of the spring wheat crop.

What is the MJO?

A good definition of the MJO is here. Due to the warming oceans, the MJO has been stronger and more pronounced than it has been in recent years, in my opinion. The Madden-Julian Oscillation (MJO) is the major fluctuation in tropical weather on weekly to monthly timescales. The MJO can be characterized as an eastward moving ‘pulse’ of cloud and rainfall near the equator that typically recurs every 30 to 60 days. But it can also have an effect on US weather.

The MJO in phase 8 and 1 (below) recently has been partly responsible for the record snows in the Pacific NW and a very wet corn and spring wheat belt for harvest. The further it is from the center of the circle in these diagrams (below), the stronger the MJO. I believe the warming oceans have been part of the main impetus for the MJO apparently more pronounced than normal this year. You can see the MJO in this phase for at least another week. This will also have global affects on both Brazil coffee and west African cocoa weather.

The MJO in phase 8/1 has also taken the steam out of the coffee market (for now anyway), as important rains fell in Brazil last week, following a very dry September. The map below shows how more rains (blue) could be on the way for Brazil coffee areas in about a week or two with the potential later (possibly) of weather problems, but not right now. The heaviest rains in Sao Paulo to Minas Gerias occur with the MJO in phase 8/1. Notice the dryness (red) over Indonesia when the MJO is in this phase. The positive Indian Dipole and cool waters over Indonesia are partly to blame for this.