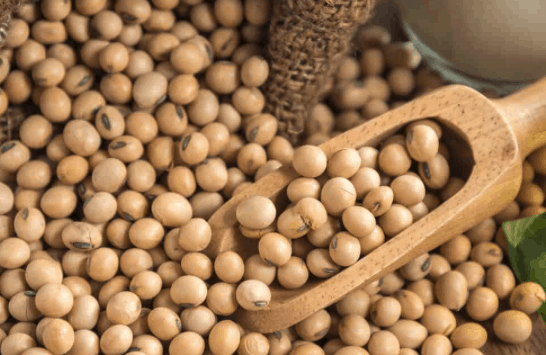 There are grave concerns about China not working with Trump (for good reason) to settle the Trade War dispute. These have helped to pressure grain prices again. Many analysts keep talking about millions of acres of corn not planted, thus preventing the planting insurance option. These statistics may show up in the USDA crop report to be released on the 12th of August. This report promises to have plenty of fireworks in it, as it is almost impossible for the USDA to estimate corn and soybean yields with an accurate accounting by farmers deeper in the summer and fall. So the USDA report may not be accurate as far as final yield and production for corn and soybeans. There are several firms that disagree with much lower corn acreage

For the past few weeks, my opinion has been that of a slowly improving weather pattern through August for Midwest corn and soybeans. However, growing dryness is mounting for Iowa, Illinois and Indiana, though the cool weather has certainly reduced crop stress.

That is what grain traders are looking at right now; not “what ifs” about the USDA and their data. Will it rain in Iowa into central Illinois, Missouri and Indiana? CLIMATECH (see below) has the answer, some 1-3 weeks ahead of standard forecast models. My feeling is we will see important rains fall for drought stricken areas of Illinois, eastern Iowa into Indiana. While this could help soybeans recover deeper into August (the crop has been slow to develop so rains could benefit things), the corn crop is likely seeing some irreversible damage in the eastern belt.

El Niño, and its family

So which weather forecasting techniques do I use? Besides looking at standard computer models (that are wrong more often than not), favored by most meteorologists who forecast, I have my own favorite technique.

I am a devout believer in teleconnections such as El Nino, the QBO, the Arctic Oscillation index and many more. A teleconnection is a climatological feature that can influence the weather in a location, or region, that is thousands of miles away. When several teleconnections come together and agree, they can be used to formulate analog years in predicting weather months in advance.

My in-house weather forecast program CLIMATECH (above) has been looking at teleconnections, such as the lingering warm signal in the western Pacific and also the positive QBO index in the upper stratosphere. The lingering El Niño Modoki (an unusual phenomenon of warm water the western Pacific and cool seas in the east) and the QBO, helped us predict a cool late July and early August for Midwest crops. It also indicates improved chances for rain as we head deeper into August for most of these dry areas you see in red, on the chart below.

(MAP ABOVE) Area of concern in red–only continued dry weather and a return to heat would be bullish corn and soybeans in the absence of a Trade War Agreement. Lingering dryness remains but most teleconnections discussed above suggest some improvement over some 60-80% of the U.S. corn/soybean belt as we head deeper into August. Otherwise, grain prices would explode.

El Nino Modoki continues with warming west around the dateline.

For more information about my services please email us at subscriptionsbestweather@gmail.com