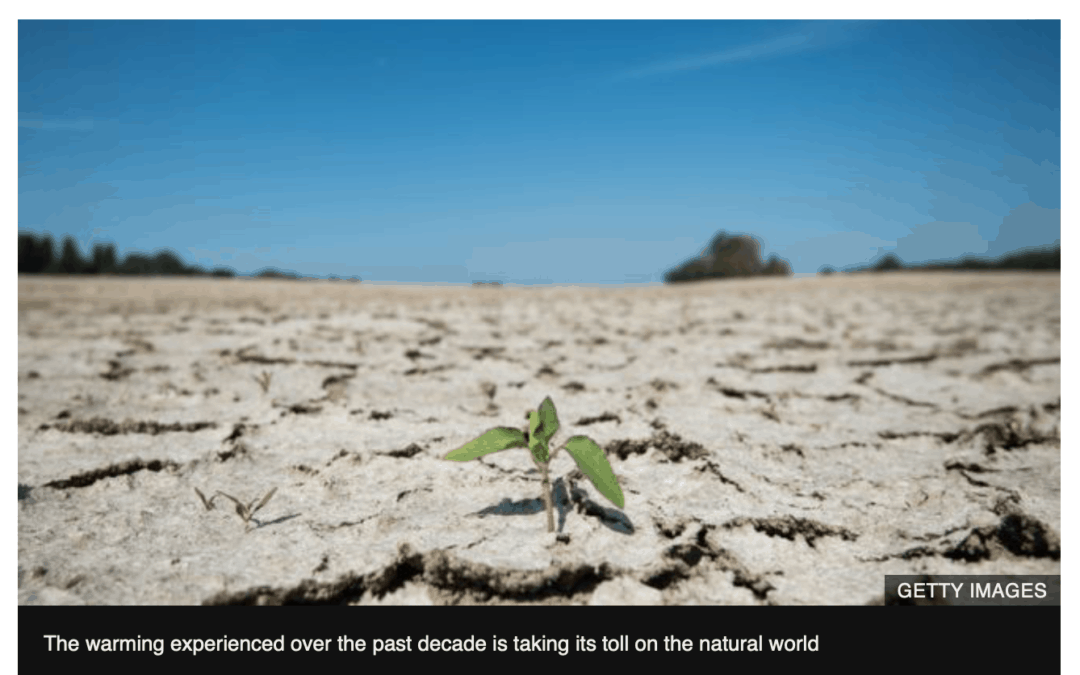 First of all, I recommend that all of you sign up here to receive a few free reports with regard to my views about weather and commodities. Stay tuned for a subscription service I will offering in 2020–Jim Roemer

The WMO argues that sea levels are rising ever faster, ice is melting and “once in a century” heatwaves and floods are now becoming more regular occurrences.

Millions of people were forced from their homes as a result of extreme events such as cyclones, hurricanes and flooding.

WMO Secretary-General Petteri Taalas: “If we do not take urgent climate action now, then we are heading for a temperature increase of more than 3C by the end of the century, with ever more harmful impacts on human well-being.

The WMO says the warming experienced over the past decade is taking its toll on the natural world. The ice is melting at both poles and sea level rise has accelerated since the start of satellite measurements in 1993.

Much of the heat generated by greenhouse gas emissions is going into the oceans, says the WMO. The waters are more acidic as a result and marine heat waves are becoming more common.

As well as hurting nature, the increased heat is also affecting humans, with heat waves posing a particular risk to the elderly.

While El Nino, a positive Indian Dipole (cool ocean temps over Indonesia and warm ocean waters east of Africa), have exacerbated the drought situation in these and other countries, I strongly believe that the warming oceans and climate change is at least as important. Here is a very disturbing video here about the continuous droughts in Honduras.

One key reason why thousands of farmers and citizens are trying to migrate to America, is at least in part due to Climate Change as people look for a better life.

With respect to commodities, one of the reasons for the rally in coffee futures recently, are expectations for lower global supplies and higher demand. After a major bear market in coffee, in part due to the low Brazil Real, crop prospects are coming down in parts of Central America and Indonesia, in part from Climate Change. With respect to Brazil, an easing in a mini drought is a blessing for grain and coffee farmers in Sao Paulo and Minas Gerias, at least for now.

Rainfall the last 6 months has been below normal in Indonesia threatening crops and causing fires. In Australia, there has been 2 years of back to back droughts. This will cause more irrigation problems for crops like cotton and has reduced wheat crops for the 2nd straight year.