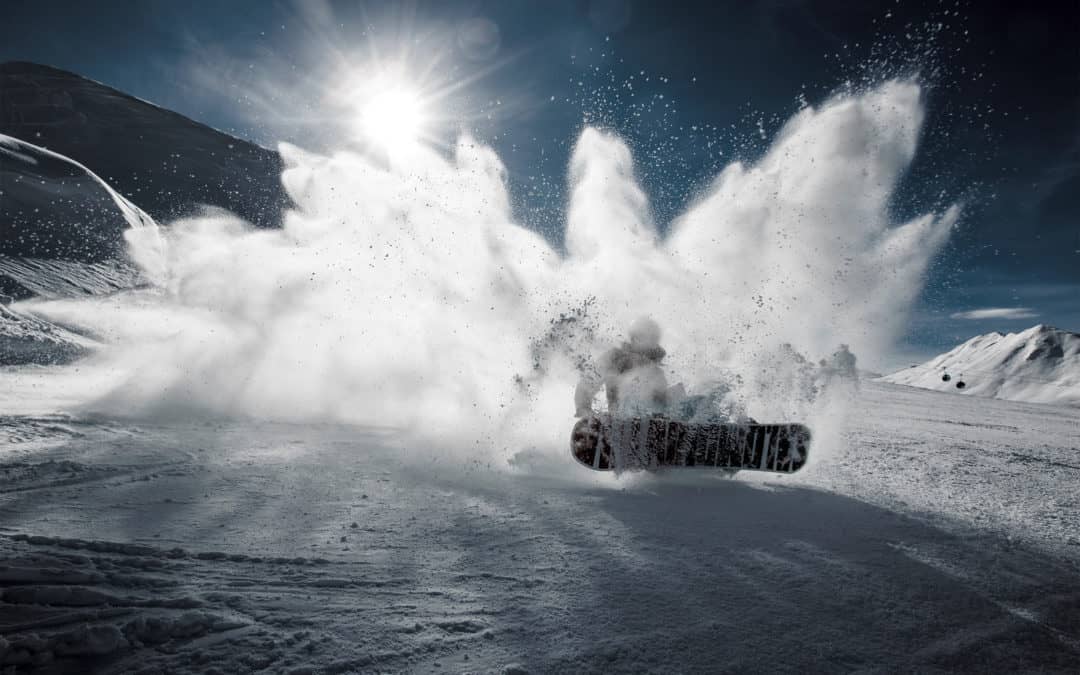 The ski season in the Northeast has been far from decent, due to a warm winter brought on by occasional El Nino conditions and many other factors. Our CLIMATEPREDICT program did suggest a mild early winter quite early.

As of early January, below we show the 2019-20 ski progress report from the site www.bestsnow.net

There is some hope for a return of more decent ski conditions for parts of northern New England over the next 2-3 weeks, as a series of storms promises upward of at least 2-3 feet at places like Jay Peak, Stowe, Gore Mt-NY and parts of northern and central New Hamsphire. Ski areas like Sunday River and Sugarloaf could see 1-2 feet this Thursday and a foot or more by the 19th from a second storm. Two Major New England snowstorms are possible improving New England ski conditions with a colder mid-late January outlook.

October 2019 was exceptionally cold in the Northern Rockies of both US and Canada. There were several small storms in northern regions and particularly in Colorado. The first half of November was bone dry in the western US with no area receiving more than 3 inches snow and most getting zero. Threfore most October snow melted out and is not included in the table of snow totals below. During the third week of November a moderate 1-2 foot storm came mostly through the Southwest while a few inches fell in some northern regions. During Thanksgiving week a strong storm dumped 2-4 feet in California and 4-6 feet in Utah. During the first week of December California got another 3-4 feet and much of western Canada 2 feet with other regions averaging no more than a foot. There was scattered snow over most of the West during the second week of December with the most falling (2-3 feet) in Utah and Colorado. The Pacific Northwest and western Canada were the focus of storms during the third week of December, but the Northwest and much of the US northern Rockies were still seriously deficient in snow for the holidays. California and Utah’s Cottonwood Canyons had the most snow at Christmas. The Southwest and some of western Canada had strong storms over the holidays while other regions had lesser amounts.

California: Mt. Rose opened its beginner lift weekends starting Oct. 25 and Mammoth opened Nov. 9. The first natural Sierra snow Nov. 20 was only 2-6 inches but 2-3 feet fell over Thanksgiving with another 2-3 feet later that weekend. 3-4 feet during the first week of December brought Mammoth to full operation with the most open terrain in North America, while low elevations at Tahoe saw rain. After about 2 feet in mid-December, most terrain at Tahoe was open for Christmas with base depths of 4-6 feet. Late November snowfall was 3-4 feet in Southern California (soon degraded by rain) and 6 feet in Arizona, in full operation by early December. The post-Christmas storm dumped up to 3 feet in Southern California and Arizona but mostly missed the Sierra. See Current California Ski Conditions for more details on Southern California and Mammoth.

Pacific Northwest: In October Hood Meadows had 31 inches snow and Mt. Bachelor had 13 inches but the base melted out by mid-November. Late November snow averaged 2 feet in Oregon declining to less than a foot farther north. This was the driest November on record at Whistler and in Seattle. Despite 2 feet in the first half of December and 3 feet before Christmas, this region was still far behind schedule, with Whistler having record low ~30% open terrain over the holidays. Mt. Baker opened Dec. 14 and Stevens Pass Dec. 21. More Northwest terrain opened during the second half of December, but it’s still low tide with base depths averaging 3 feet. Substantial snow is predicted for the upcoming weekend.

Canadian Rockies and Interior B.C.: October snowfall was widespread in this region but November snowfall was significant only well north of the US border. Lake Louise opened a week early on November 1, and had the most terrain open in North America in November. Most areas have received 2-3 feet in the first half of December and 3 feet the week before Christmas. Overall base depths were 4-5 feet and most terrain was open for the holidays. Silver Star and Sun Peaks reached 90+% open by Christmas. The Okanagan areas got 2+ feet of snow during the holiday week with lesser amounts farther south and east.

U. S. Northern Rockies: Grand Targhee had 40 inches October snowfall but postponed opening to November 29 due to the dry month. Late November snow was about 2 feet in Wyoming and Sun Valley but less than a foot elsewhere. First half of December snow was 3 feet in the Tetons and 2 feet farther north. About a foot fell during each of the last two weeks of December. Base depths are 4 feet in the Tetons but only 3 feet farther north. Big Sky is 78% open. It will take some more snow to open more advanced terrain in this region.

Utah: The October cold reached as far south as Utah, setting records near the end of the month. The Snowbird SNOTEL’s 40 inches of October snowfall shrunk to a 9 inch base before a few inches fell during the third week of November. The Thanksgiving week storm dumped 4-6 feet, bringing early season base depths to 3-5 feet. More terrain opened in early December once snow was stabilized plus up to a foot of new snow. 3 feet of snow the second week of December opened most terrain in the Cottonwoods on a 5-6 foot base. About two feet fell during the second half of December in the Wasatch but nearly twice as much in the south at Brian Head.

Northern and Central Colorado: Early openings on snowmaking were A-Basin Oct. 11, Keystone Oct. 12 and Loveland Oct. 25. Most of the 3+ feet of October snow was lost during the dry first half of November so open terrain from Thanksgiving into early December was well below average on base depths averaging a bit under 2 feet after average snowfall during the second half of November and less than a foot during early December. Three feet of snow fell Dec. 12-14. Only a foot fell during the second half of December but 3 foot base depths and open terrain were average over the holidays. A-Basin is 57% open.

Southern and Western Colorado: The Rocky Mountain Biological Lab at Gothic (between Crested Butte and Aspen) had 20 inches October snowfall but lost its base during the dry first half of November. Wolf Creek had 22 inches October snowfall and Monarch 38 inches, so both opened by Nov. 1. The Southwest was the region most favored during the third week of November plus about 3 feet of snow during the ensuing two weeks. A mid-December storm averaged 2 feet at most areas but 4 feet at Monarch. Base depths were 3-4 feet at most areas and 5 feet at Wolf Creek and Monarch after up to one foot of snow the week before Christmas. The Southwest storm after Christmas dumped 4 feet at Wolf Creek and about 2 feet at other southern areas.

Northeast: The first openings were Killington Nov. 3, Mt. St. Sauveur Nov. 8 and Sunday River Nov. 9. Early November weather was favorably cold but there was mixed precipitation late in the month. Terrain expanded some in early December with 1.5 feet of new snow. Rain on Dec. 14 depressed trail counts. There was some recovery before Christmas, but a tough holiday week with some freezing rain. Conditions at New Year’s are improving with a foot of new snow. Percents open: Hunter 60%, Okemo 65%, Sunday River 73% and Sugarloaf 33%, Tremblant 87%, St. Anne 52%.