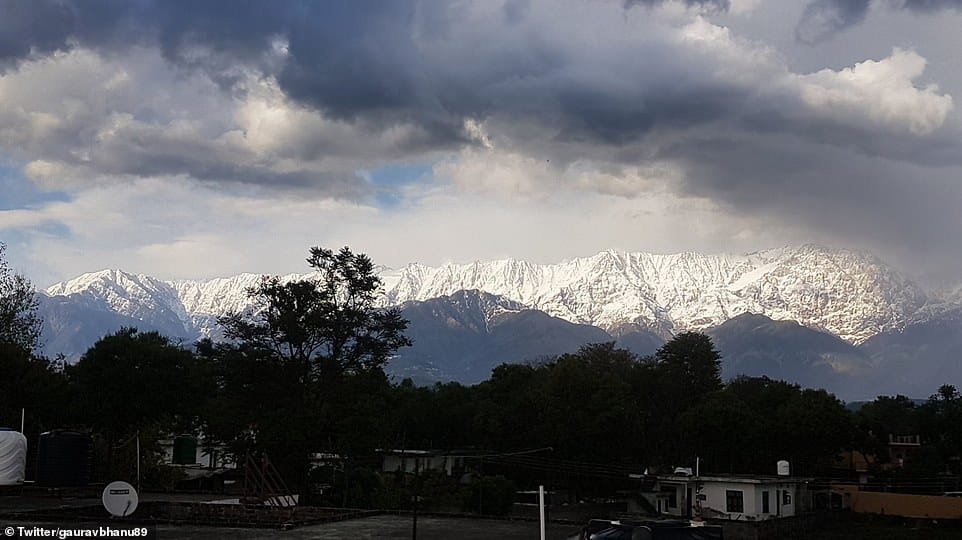 Residents of northern India can now see the Himalayan snows, almost 100 miles away, thanks to decreased air pollution on the Indian sub-continent.

“We can see the snow-covered mountains clearly from our roofs. And not just that, stars are visible at night. I have never seen anything like this in recent times,” Mr Sant Balbir Singh Seechewa, an Indian environmental activist from Punjab, told the Associated Press.

The sudden appearance on the horizon of the famous mountains also was noted in Pakistan. The Himalayan range extends through Nepal, India, Pakistan, and China.

Why Is There Decreased Air Pollution?

Decreased air pollution in many countries is attributed to Covid-19 lockdowns. One measure of air pollution is how much particulate matter is present. Air pollution is also analyzed by the amounts found of carbon monoxide, nitrous oxide, and other substances.

India’s Central Pollution Control Board found that carbon monoxide readings decreased as much as 67% in some areas once a nationwide Covid-19 lockdown began. Nitrous oxide readings plummeted up to 74% in heavily trafficked parts of New Delhi.

The amount of PM2.5 particles in the air fell by approximately 20% at the beginning of April in Kathmandu. Nepal’s capital is the jumping off point for most of that nation’s mountain-driven tourist trade.

Eager trekkers, Mt. Everest expeditions, and much-needed tourist dollars normally flood into the country during spring climbing season. This April and May, however, will be different.

Even with decreased air pollution and improved mountain visibility, both Nepal and China cancelled all spring climbing permits for Mt. Everest because of Covid-19. Despite the importance of tourism to the country, Nepal also has cancelled on-arrival tourist visas until April 30th.

More than 1.17 million tourists arrived in the country in 2018. Most take advantage of outdoor and environmental activities. Tourism accounts for around 7.5% of Nepal’s GDP, and almost 3% of employment in the country.

What Does It All Mean?

Decreased air pollution, thanks to lockdowns, does not suggest that climate change will end anytime soon. Instead, it shows how much human behavior influences the natural world, including weather. Both the record warm summer in Australia that killed a billion animals and one of the warmest winters ever for much of North America have eased for the moment. However, in the longer term pollution could continue to ignite global weather extremes.