Antarctica is melting three times as fast, compared to a decade ago 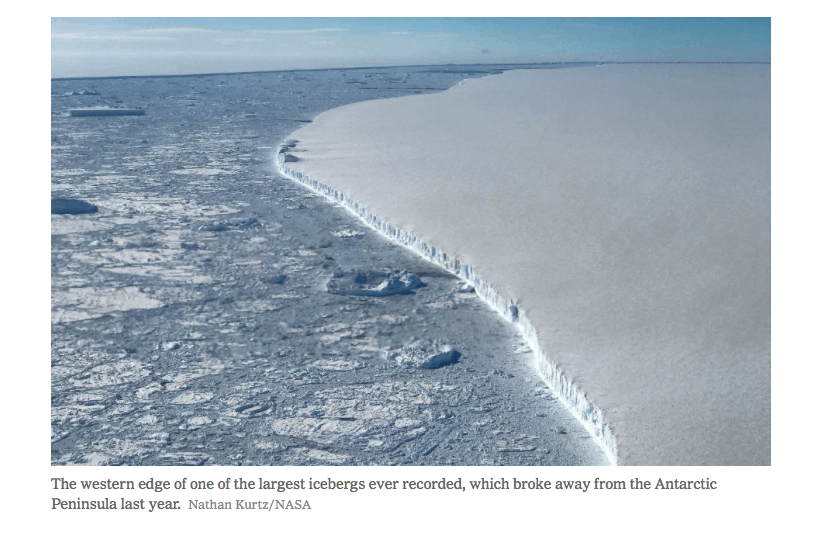 New research seems to be coming out all the time about Greenland and Antarctica seeing more rapid melting. Yes, there are occasional intrusions of cold weather, as seen this week across the Midwest and East (Polar Vortex), but when 90% of all “educated” scientists agree about this problem, action needs to be taken seriously to save our planet.

Here are some excerpts (below) from a recent article in the NY Times.

Between 60 and 90 percent of the world’s fresh water is frozen in the ice sheets of Antarctica, a continent roughly the size of the United States and Mexico combined. If all that ice melted, it would be enough to raise the world’s sea levels by roughly 200 feet.

Antarctica is not the only contributor to sea level rise. Greenland lost an estimated 1 trillion tons of ice between 2011 and 2014. And as oceans warm, their waters expand and occupy more space, also raising sea levels. The melting ice and warming waters have all been primarily driven by human emissions of greenhouse gases.