El Nino or El Nino Modoki? What are the differences and how may commodities be affected? 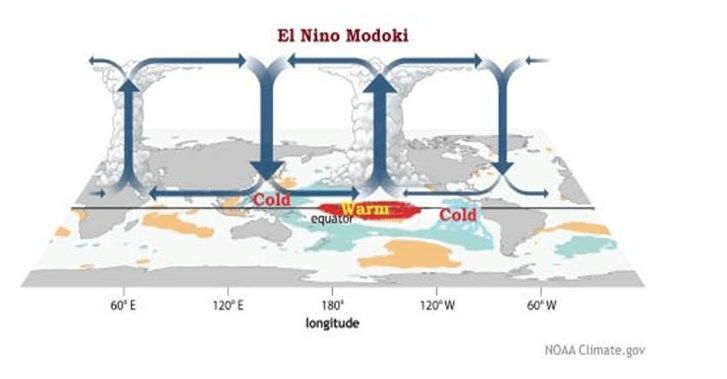 Cooler ocean temperatures in the eastern tropical Atlantic and warmer oceans further west could imply a potential El Niño Modoki (click here) in the months ahead. However, the differences in where this “potential” El Niño  will develop could have huge implications for the upcoming hurricane season. It could also impact cocoa crops in west Africa, the Indian Monsoon, Brazil sugar and coffee production and, of course, the natural gas and grain markets.

Shown below are the differences between both types of El Niño phenomena. Presently, the cooler waters to the west of Peru could imply this “west based” El Niño.

So how does an investor trade commodities based on this? In which markets are we bullish (or bearish) over the next 6 to 9 months? A new subscription based newsletter called CLIMATELLIGENCE, will be available soon and will cover all agriculture and energy commodities.

For more information, please email us at subscriptionsbestweather@gmail.com 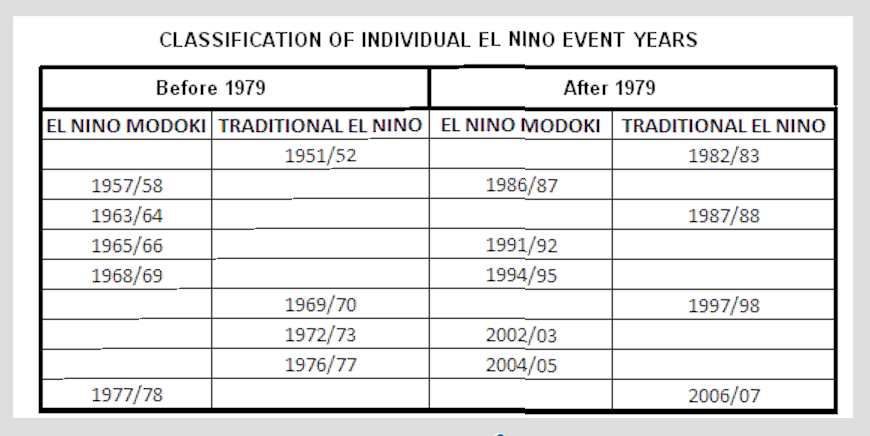 Note the map to the right (above). This type of El Niño, if it forms, will have different effects on global commodities from coffee to cocoa. An El Niño Modaki is NOT necessarily bad for global cocoa production but could adversely impact Brazil coffee later this year.

How quickly a possible El Niño forms later this summer, or in the autumn, will help dictate global weather. It can also influence many commodities from natural gas to grains. Most computer models are now suggesting an El Niño Modoki to occur in the Fall. Historically, El Niño tends to result in cool summers, that would be bearish for natural gas and grain prices. There were exceptions. The maps below illustrate the difference between summers when an El Niño was already forming by the spring and those (bottom chart) that developed later on and also followed a La Niña event. Such did occur last winter and early spring. In other words, the possible analog years of 1963, 1968, 1976, 2002 and 2006 had some similarity to conditions earlier this year. What will the summer be like, then? AHHHH, this is the kind of information (the answer) that will be part of a new subscriptions based. COMMODITY WEATHER REPORT, we will begin publishing, soon. Stay tuned. —Jim Roemer 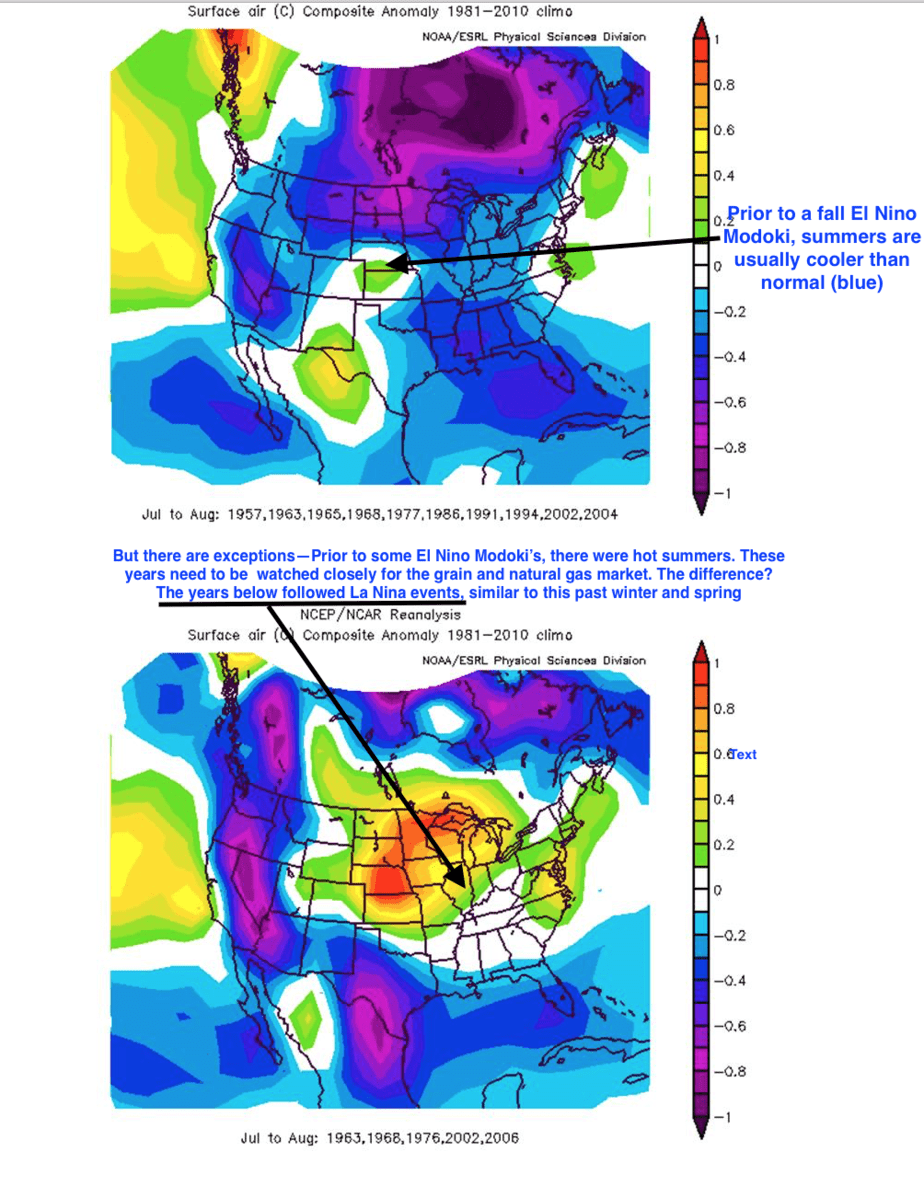