Where Are World Crop Stress Regions? Another Hurricane And What Is The Loop Current? 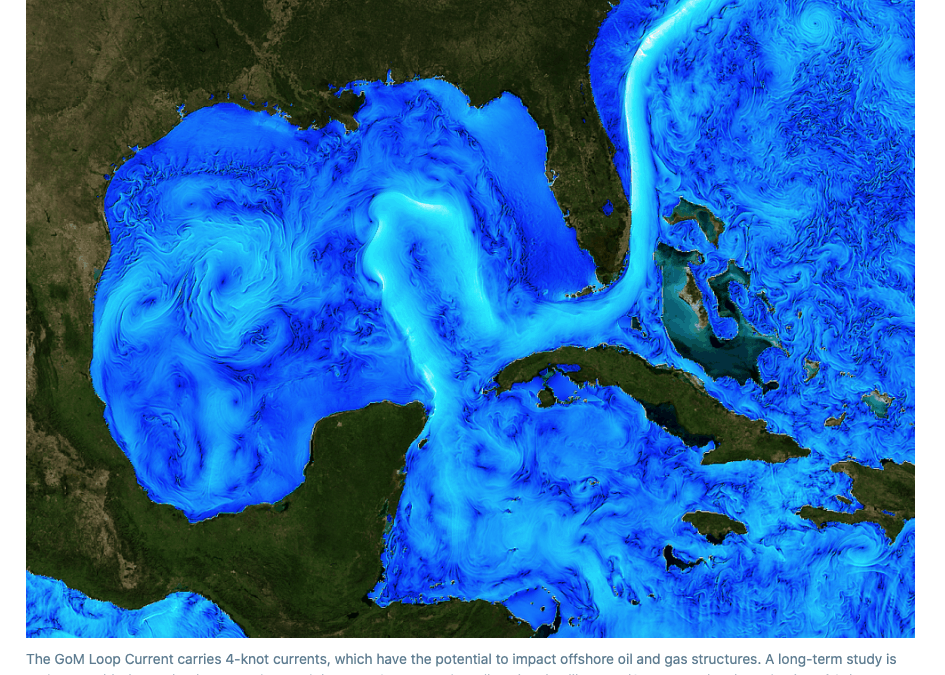 There is some excitement going on in the grain and energy markets with global weather issues for some grains, especially wheat. There’s also yet another potential hurricane for the Gulf Coast later this week.

The first map (below) shows areas of global crop stress in red. Clients of my Weather Wealth newsletter will be alerted to the potential (or not) of problems from La Nina type dryness. That would add to potential wheat problems in Argentina, the US Plains from Kansas to Texas, and also Russia. We also recommended trade strategies based on weather for multiple commodities.

The arrows above points to potential problems for global wheat crops and we have seen wheat prices rally above support. But what are the longer-range potential climatic trends based on global warming, La Nina, etc.? That is what we will focus on for clients.

With respect to the tropics, we have already gone through the entire alphabet as far as named storms go. This next system could well become hurricane Delta (back do the D’s). Now, a real test for those many pundits who do not believe in Climate Change will be how strong Delta becomes. The MJO is a wave of low pressure in the tropics that rotates around the globe every 60 days or so. It is in a position that would normally NOT favor the explosive development of Delta.

The present phase of the MJO would normally result in the suppression of any major Gulf coast hurricane later this week. However, a warming ocean and a stronger loop current in the Gulf could offset this suppression. In other words, if DELTA forms into a major hurricane, it would be due in part to climate change.

Loop Current Has Been Enhanced Due To Climate Change

This is an article, below, from Brian Walzel and Hart Energy from 2019 about the loop current. I personally believe the warming oceans in much of the Gulf and hence a stronger loop current in recent years is due to global warming–Jim Roemer

Operating in the Gulf of Mexico’s (GoM) deep waters presents significant and numerous challenges, both technological and logistical. Drilling through thousands of feet of water, through hundreds of feet of rock and into a speculative reservoir can result in production and economic windfall, but it’s also fraught with risk, namely those presented by Mother Nature.

A better understanding of offshore conditions can help eliminate risks, improve disaster response and potentially aid in severe storm prediction. It is to that end—at least in part—that the National Academies of Sciences (NAS) Gulf Research Program (GRP) has initiated a study of the GoM Loop Current.

The Loop Current is a flow of warm water that travels through the GoM up from the Caribbean, entering through the Yucatan Peninsula and exiting through the Florida Straits. The current is present in the GoM about 95% of the time, according to a study by Weather Underground, and about every six to 11 months the current sheds a clockwise-rotating eddy that drifts toward Texas and Mexico.

Impacts to offshore facilities
The Loop Current features some of the fastest currents in the Atlantic Ocean, and, according to the Joint Ocean Commission Initiative, it generates forces strong enough to damage the infrastructure of oil and gas rigs. For example, in 2015 nine of the 16 tendons on Chevron’s Big Foot project were significantly damaged, resulting in substantial project delays.

“Industry experts and scientists believe that one potential cause of the incident was the strong eddies created by the Loop Current, which may have knocked down the tight, vertical tendons that anchor the platform to the seafloor,” the Joint Ocean Commission Initiative reported in a study.

“The Loop Current has 4-knot currents on the outer edge in the boundary currents but goes down approximately 1,000 meters,” said Kelly Oskvig, program officer for the GRP. “So imagine that on a riser and the vibrations that it would experience because of these strong currents.”

During an 18-month period between June 2014 and December 2015, the Loop Current persisted and was active for an unusually prolonged period, according to the NAS, which resulted in detrimental effects on offshore oil and gas operations across the northern, central, and some portions of the western GoM.

In addition to the potential damage to offshore structures the Loop Current presents, the spun-off eddies and the current’s warm water create an incubator of sorts for strengthening hurricanes.

“Hurricane Katrina built up very quickly as it went over that warm water, so when the Loop Current intrudes into the Gulf—if it stays there for a while—it turns the Gulf into a bathtub,” Oskvig said. “You have all this warm water, and that feeds the hurricane. You can be watching it, and it just becomes a nightmare. So if we can better predict within a month to three months what the Gulf might look like, then we can have a better idea of what kind of hurricane season we’re going to have.”

The study
In December 2018, the GRP announced $10.3 million in initial grant funding into understanding and predicting the GoM Loop Current. According to the GRP, the grant funds eight new projects to conduct studies and collect data and observations that will inform the planning and launching of a long-term research campaign.

“The campaign being planned is a major undertaking,” Oskvig said. “Scientists have been trying to get a handle on the Loop Current for decades, and they’ve made great progress, but there’s never been a long-term, comprehensive, internationally and multi-institutionally coordinated effort.”

Dr. Stephan Howden, an associate professor of marine science at the University of Southern Mississippi, is the project director of a team that will install and operate high-frequency radar systems on two offshore platforms in the GoM to study surface currents. Howden said data from the systems will provide new, real-time data for model assimilation and validation to better understand the evolution of the Loop Current system.

“The long-range systems that my team will operate in the northern Gulf were used during the Deepwater Horizon Macondo spill,” Howden said. “We’ll use those for determining which of the several models that were used for forecasting where the surface oil was going to go. And we use the currents that we were measuring to determine which model was performing better at any particular time.”

Different members of the consortium will be applying radar systems at different ocean depths, with the goal of achieving a 3-D model of GoM ocean currents.

“In order to improve the forecast, we really need data from the surface down to the seafloor, and we are providing some of the surface data that will be used,” Howden said. “If you couple that with the bottom-mounted equipment that the University of Rhode Island’s going to provide, we’re going to have a really good view of where the coverage overlaps, so a 3-D flow field of the Loop Current.”

Howden said applying sensors to large offshore rigs comes with several logistical and cost challenges, and that his team hopes to have sensors in place by the fall.

“Then there are challenges with how the radars operate in an environment where there’s a lot of metal and how that affects how the antennas respond to the scattered energy from the radar,” he said. “There are some newer technologies that will allow us to, hopefully, overcome that challenge.”

According to the NAS, the GRP is an independent science-based program founded in 2013 as part of the legal settlements with the companies involved in the 2010 Deepwater Horizon disaster. The GRP was awarded $500 million to use over 30 years to fund grants, fellowships, and other activities in the areas of R&D, education and training, and monitoring and synthesis, the NAS reported.

The Loop Current study is one such project and will receive funding of about $100 million over the course of the 10-year study.

“We have a standing committee of nine experts helping us develop the program and write future requests for applications, and there’s no set timeline on when those are going to come out,” Oskvig said. “There could be some improvement within the first five years on the predictions, but it takes time. It takes a lot of time.”