Out of the Blue: Unexpected Weather Impacts on Markets and the Economy 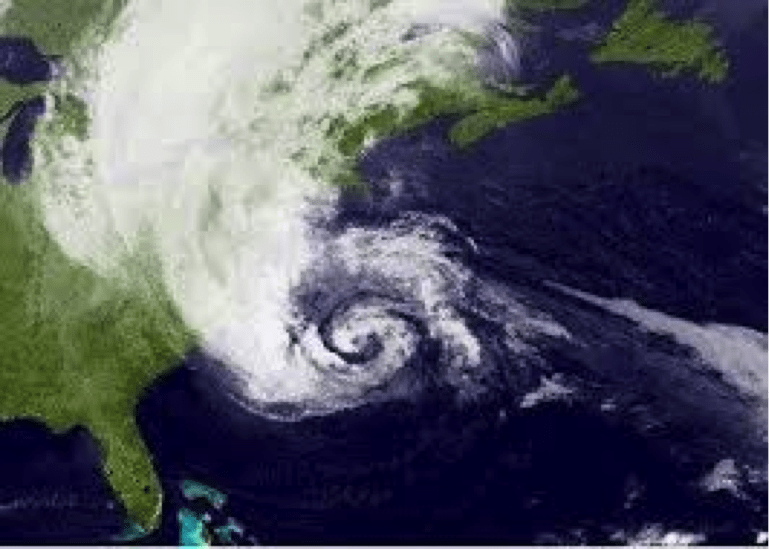 Best Weather is pleased to welcome our guest blogger, Scott Mathews, who tells us about weather’s role in economic events.

Credits for narrative and graphic content appear at the end of this blog, below.

1857 – How a hurricane contributed to an economic panic 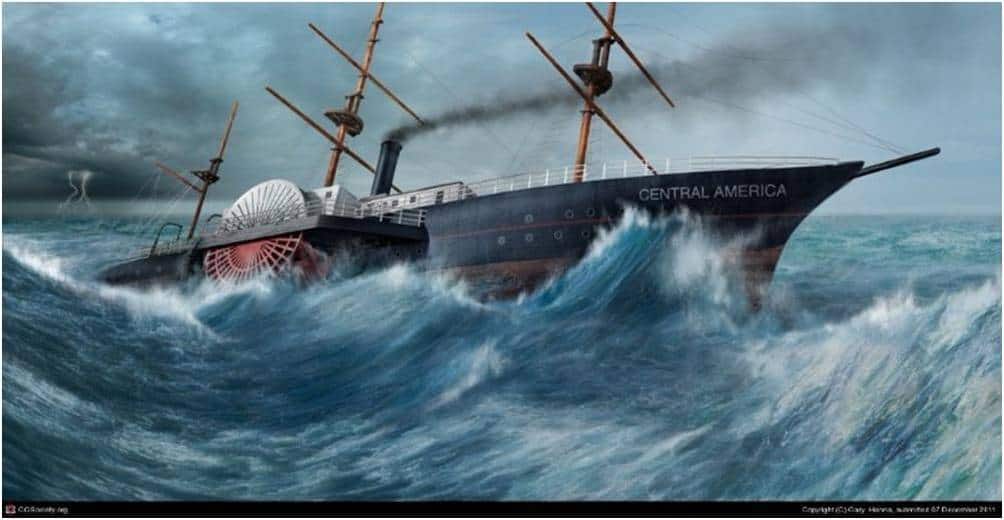 The recent announcement about an upcoming auction of gold salvaged from a 19th century shipwreck bears an interesting tale of how an economic crisis was spawned by a hurricane.

Wreckage from the SS Central America, the so-called “Ship of Gold”, was discovered in 1988 at a depth of 7,000 feet off  the Carolina coast. As the recovery operation progressed, half of the payload was sold in order to pay back creditors involved with the project. That accounted for about $50Million worth, but the rest of the treasure has been tangled up in years of bickering among law firms and insurance companies. What’s left will be displayed in California at the Long Beach Convention Center (Feb. 22-24), and will be sold in early 2018 for an estimated additional $50Million,depending on market prices.

On the auction block will be 45 gold bullion bars, 3100 gold coins, 1000 silver coins and over 80 pounds of gold dust, as well as an assortment of nuggets. 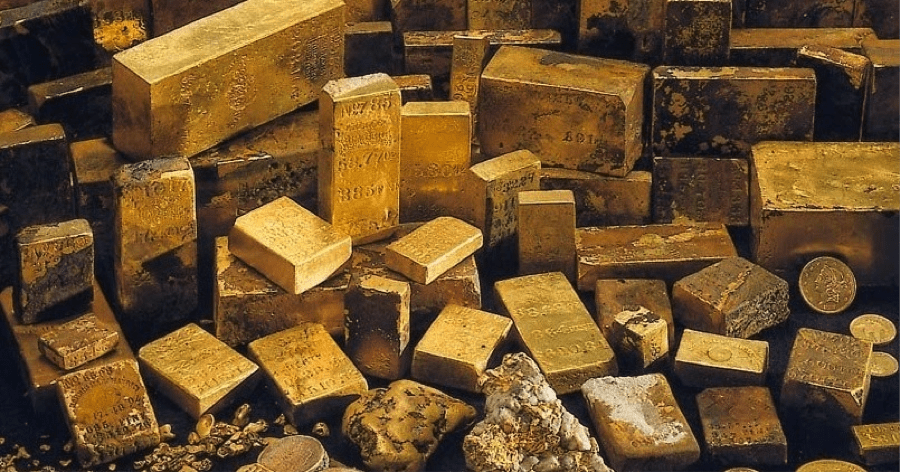 What does this have to do with the weather causing a crisis?

Tales of both success and ruin from the great 1849 California gold rush are the topics of songs, novels and movies. There were fortunes made, for sure, but there were also hard luck outcomes for many who gave up all, in hopes of getting rich. Some have said  that the real winners were the operators of saloons, bordellos and flophouses, as well as the sellers of hardware, dry goods and mules. The gold mined there in the early 1850s injected a powerful stimulus into the US economy.

California gold was consistently shipped back east. The cargo hold of the SS Central America contained a sizeable stash, roughly 10 tons. At that time, the prosperity enjoyed in the US was partially hinged on that stream of wealth flowing from the gold rush.

The flow began to slow down in the mid 1850s, and on September 12, 1857, when that New York bound steamship sank in a violent hurricane, the first economic domino fell. The loss of that long awaited gold shipment was such big news, that the telegraph operators sent “instant messages” that halted thousands of deposits, payments, acquisitions and other dealings across the country.

The banks had invested in businesses that were failing, and this was causing the American people to panic. Investors were losing heavily in the stock market and railroads were unable to pay their debts… 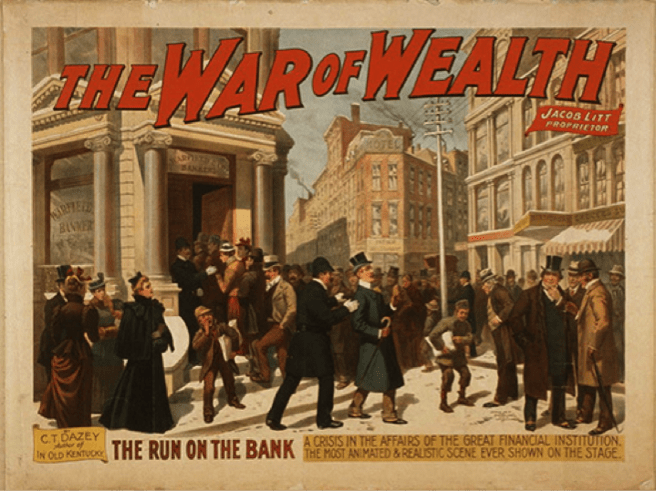 …Land speculators who had counted on the construction of new railroad routes were losing money. People feared financial ruin, and ran to the banks to withdraw their money. However the banks did not deal in paper money, the banks dealt in silver and gold.

Then the panic became global from the perception that the supply of precious metal money was drying up. There was no real recovery until after the Civil War, a decade later. 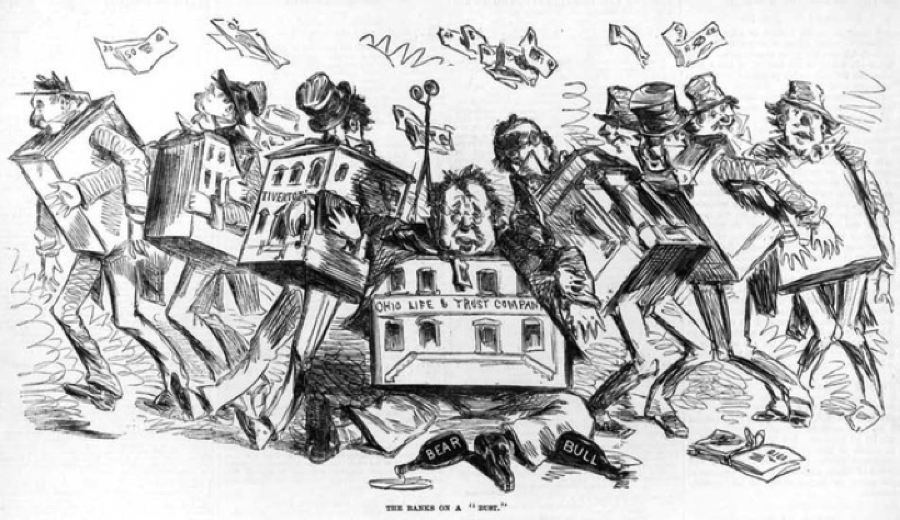 Fast Forward to Supply Side Economics in 1982: 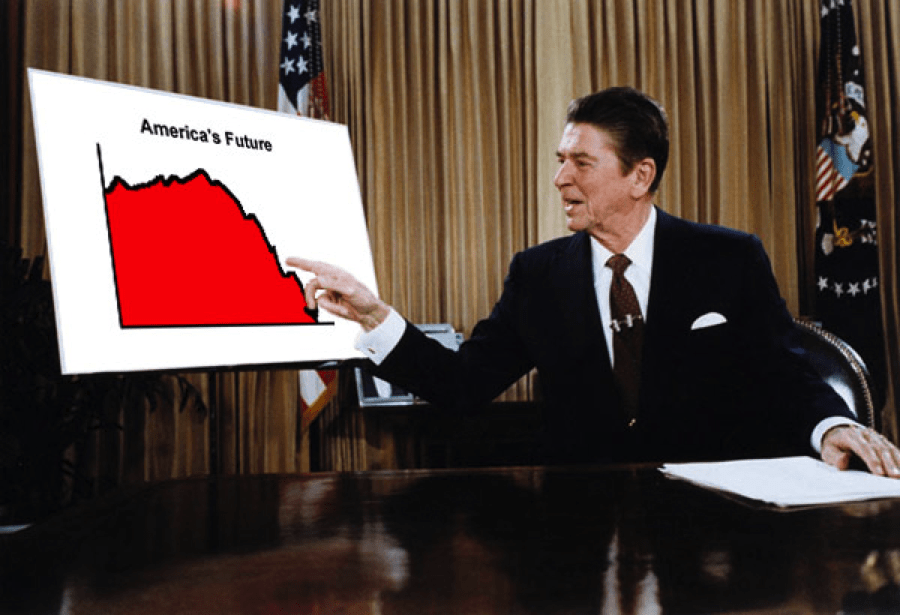 How Bond Traders “Got Snowed”

The supply of money has been, and still is a main driver in recessions and in growth periods.

A huge plunge in short term interest rates baffled bond traders one afternoon in April 1982. This was during the Reagan administration when “supply side economics” was the buzz phrase du jour, and guessing the money supply number was one of Wall Street’s favorite extra-curricular guessing games.

The aggregate known as M1 measures all “circulating” cash, mostly held in checking accounts. For a while, the money supply was considered to be the pulse of the economy. The expansion and contraction of M1 told traders how the Fed would, or might, react in response to short term credit needs.

That puzzling M1 deficiency which spooked the bond traders that afternoon wasn’t explained until the following day:

It appeared that a rare spring snowstorm was the culprit. 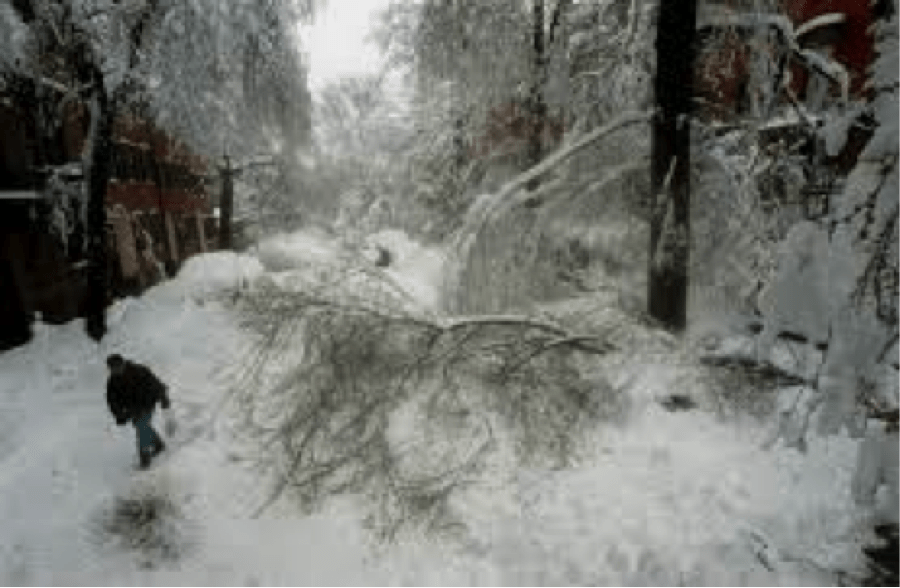 The Associated Press reported that the April blizzard “swept from Ohio through New England, and brought travel to a virtual standstill in cities such as Boston and New York.” A snowstorm of such ferocity was unprecedented at that time of year.

The 4/6/82 storm had been so unexpectedly severe in the Northeast, that the U.S. Postal Service experienced massive delays in mail delivery, and transportation disruptions impacted commerce.

So, how did this affect interest rates? Billions of dollars in Social Security checks didn’t move through the postal system as normally anticipated. 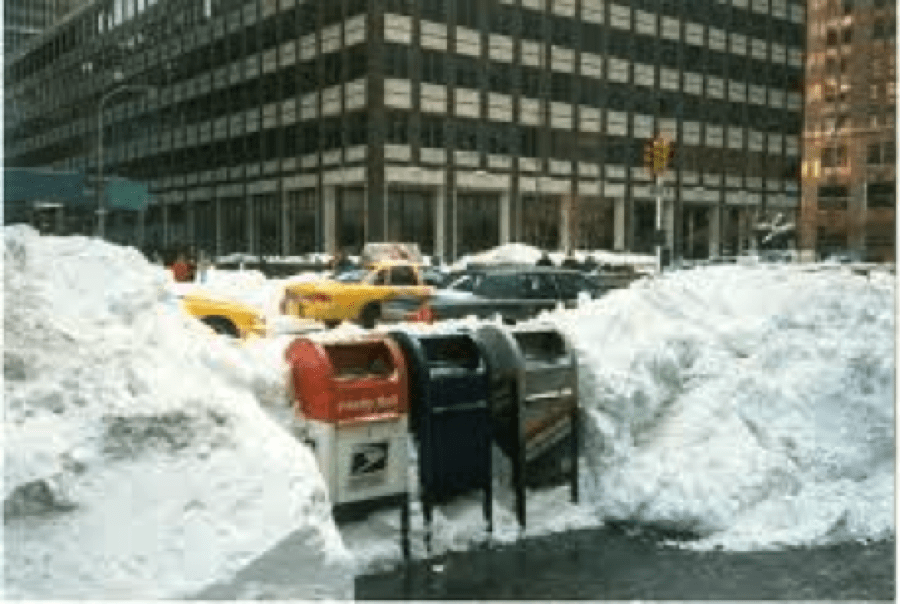 Millions of recipients got their checks late. 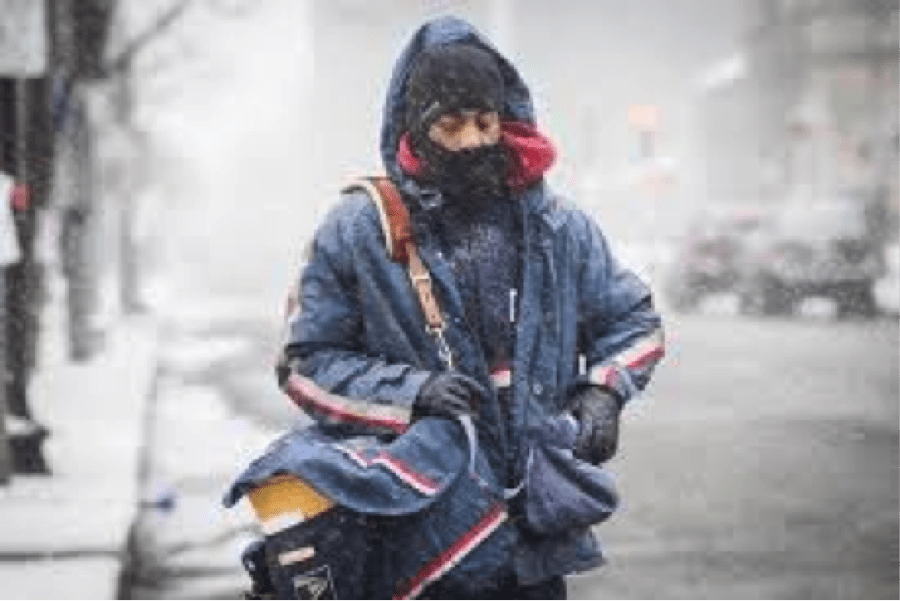 Hundreds of thousands weren’t able to get to the bank. 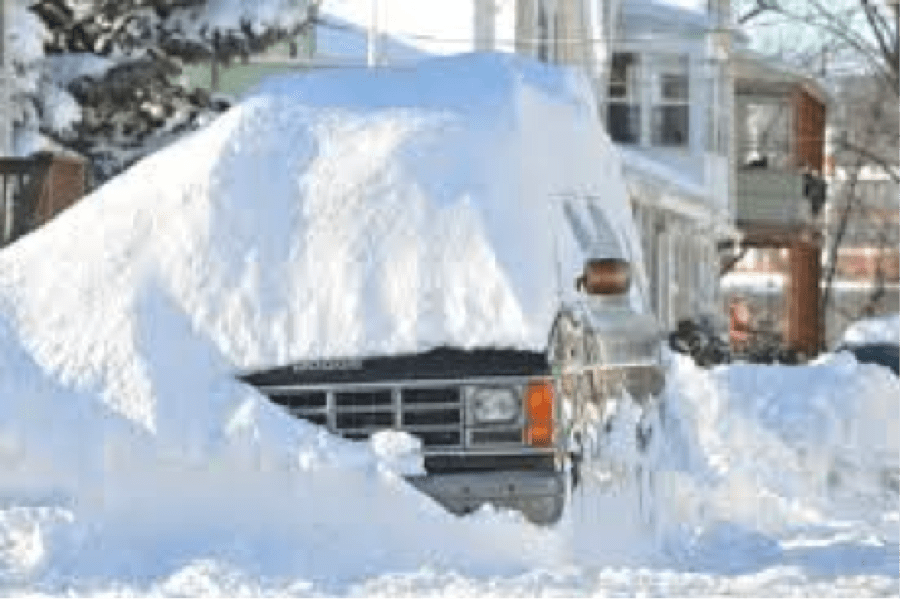 This might seem odd today because direct deposit and electronic banking now insulate the movement of money from the elements. When that M1 number was released it was several billion dollars short of expectations, signaling an immense lack of available cash; this in turn, implied the Fed would have to add reserves, and ease credit by lowering interest rates.

The following week, after all those checks had been received and deposited, the numbers went back in line with predictions again.

Economic analysts must have been aware of the blizzard as the major headline story the previous week, but none of them had “connected the dots” when making their M1 forecasts. The moral of this tale is that weather not only impacts the economy, but it can be “last week’s weather” that takes investors and traders by surprise.

Did I mention that money supply figures were, and still are, released every Thursday afternoon for the calculations based on the previous week?

In some bond departments during the Reaganomics era, the trader with the farthest-off “guestimate” had to buy refreshments, and transportation home, for everybody in the weekly M1 pool: 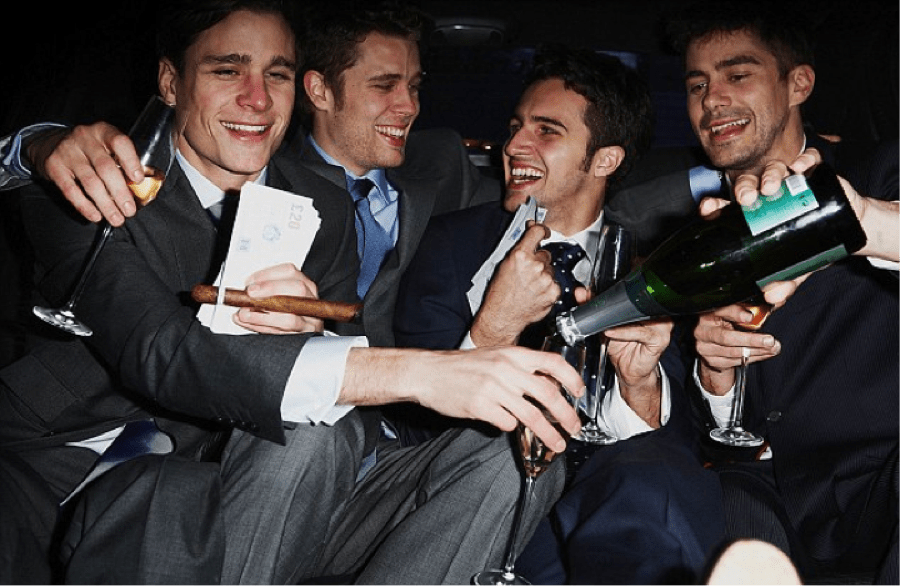 What glitch could weather have in store for markets in 2018?

This is not going to be a prediction… just some “food for thought” about how the 21st century version of our theme might play out. In the case of our historical anecdotes, technology was the key.

In 1857, using of a side-wheel steamer to transport precious metal assets was probably an accident waiting to happen. What was the alternative? Certainly not railroad or stagecoach, because they would be too conspicuous and too tempting for bandits. So, shipping had to be… by ship.

As for the 1982 Social Security checks being delayed in the US mail, it was also a transportation issue, since the checks traveled their greatest distances by truck.

In 2018, the transportation of data is our Achilles heel. How could weather impact that process?

It’s all about power outages. Widespread outages of long duration would put electronic commerce and banking at great risk. After back-up batteries have died, and after fuel for back up generators has been depleted, then the money flows would slow, and even stop in many venues. We know that power outages can be triggered by weather. Extreme heat waves can stress the system from excessive cooling demand… 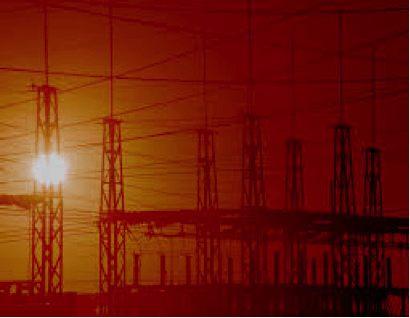 …wind and ice storms can bring down power lines, 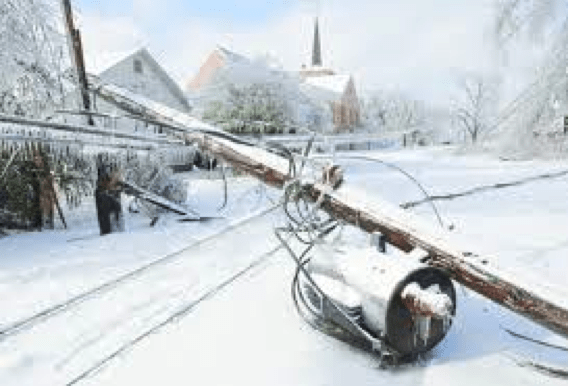 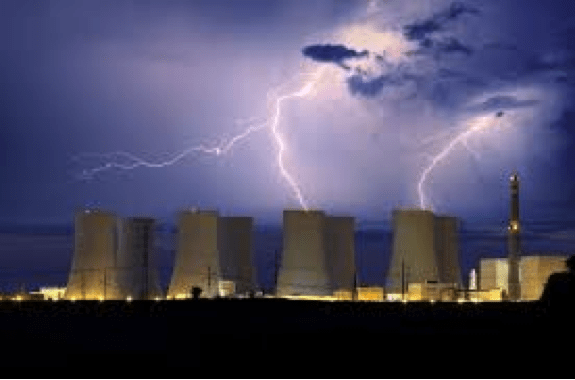 You might think we’ve always been aware of such possibilities. Your assumption is that the engineers have “hardened” the facilities with preventive and reactive measures. All of that is true. However, in this era we have a new actor who could take a cue from a severe weather event. He might seize an opportunity to bring down the grid as well as the economy.

On the written page, on stage and on screen, the burglar strikes at night. He takes advantage of darkness and diurnal habits of his victims in order to increase his chances. He gets “coverage” from them. 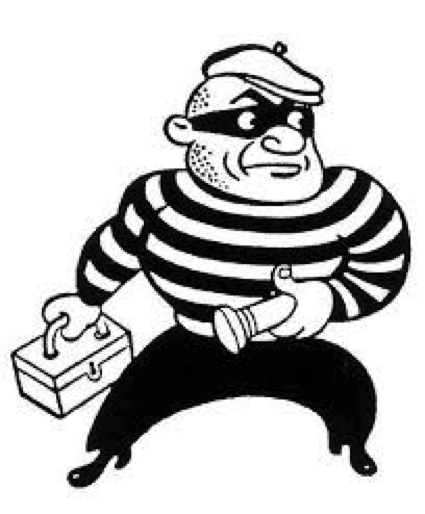 In the 21st century, the cyber terrorist looking to cause havoc might strike at any time. Yet, if the grid is already suffering from a weather-based outage, his mission might prove even more insidious. The weather event will give him “coverage” as well.

If that doesn’t scare you out of your wits, read this book: 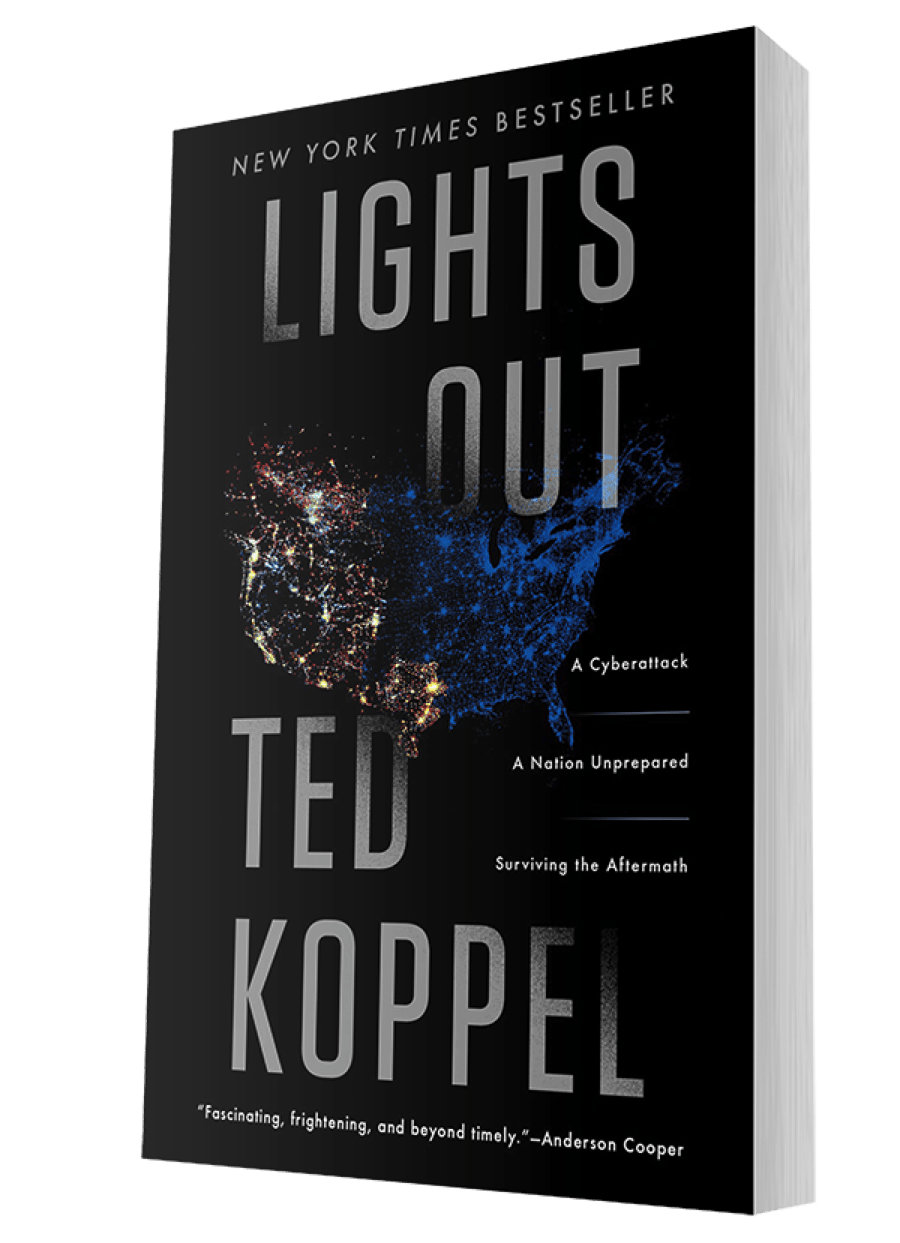 Just so you know, in an interview on his tour for this book, Ted Koppel said, “We are frightened enough that my wife and I decided to buy enough dried food for ourselves, our kids and their kids.”

Are you interested in stocking up for survival? Don’t forget that you might want to keep some hard assets for bartering purposes. It doesn’t hurt to have some gold and silver coins, but you need to get them before the internet crashes. Oh, and remember, “no internet” means “no crypto currency”.

If you want to stock up on precious metals, in either coins or bars, be careful. The field is crawling with counterfeiters. The criminals are getting better at fooling the experts. The most clever ones seem to be in China. 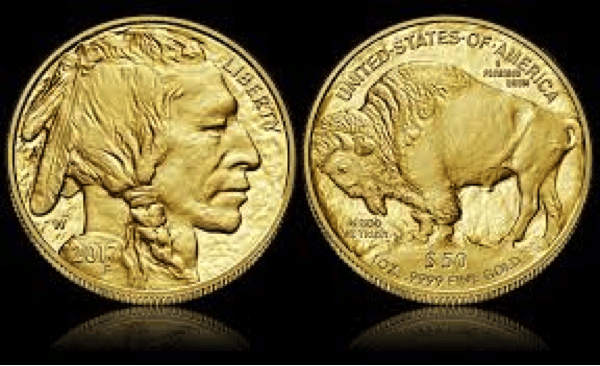 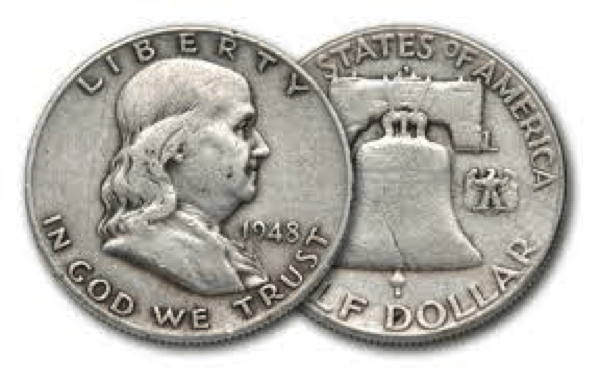 There’s a bit of “Prospector” in all of us:

Painting “Death of the SS Central America” by Gary Hanna