The Collapse in Grain Prices 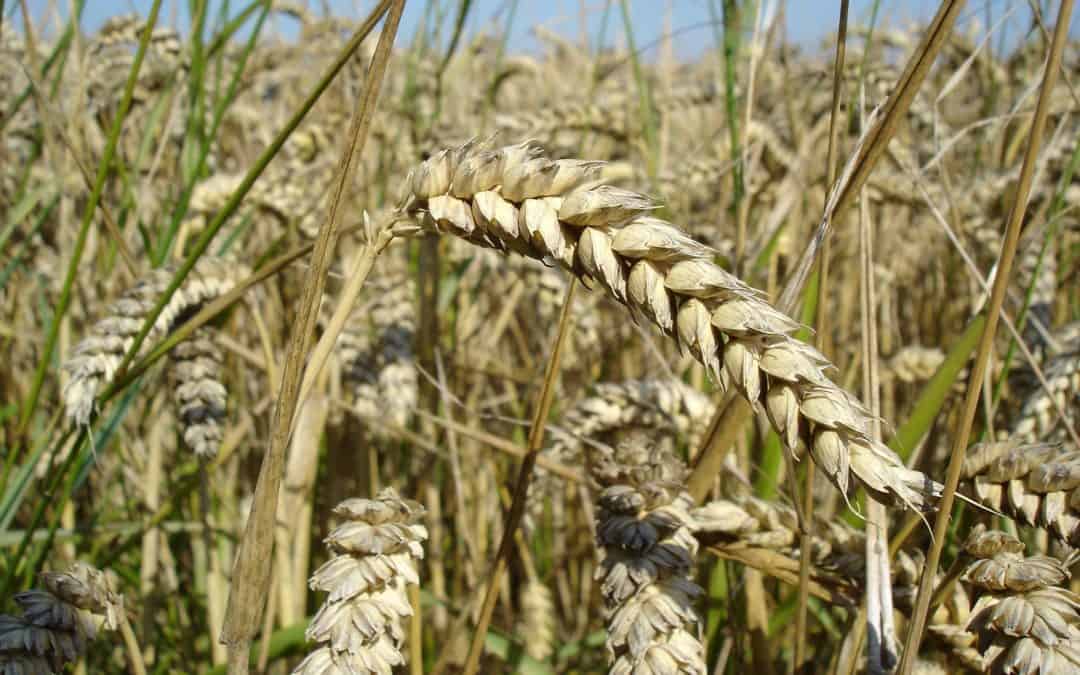 Three commodities that have been in the “dog house” for years are wheat (WEAT), corn (CORN) and soybeans (SOYB). The collapse in grains, of course, has been because of record global grain crops and mostly ideal weather in several countries. These include the Midwest grain belt, Brazil, and Argentina.

Global wheat weather mostly has been ideal. Drought eased rains in Australia three months ago. There also was a big improvement in the important wheat crops in Europe and Ukraine, two of the world’s top exporters.

For corn, Midwest soil moisture is presently ideal. There are no signs of any hot weather that would stress crops for a while.

Soybean prices may get a short term boost in potential exports to China. However, I cannot say by any means that we are going into a major bull market. The trade war with China certainly has been an added heartache for farmers and global grain traders.

The all-grain commodity ETF (DBA) has been in a long tailspin. This started when the 2012 midwest drought resulted in the last true bear market in grains.

Following the herd in trading often does not work

Very often in markets, following the “herd” is not advisable. I am a contrarian by nature. This does not mean, however, that I would blindly give a buy recommendation in corn, wheat, or soybeans just because everyone seems to be short these markets right now (especially corn).

Take the stock market rally in the last couple of weeks. Everyone and their dog (or should I say sheep) was buying. This rally came from ideas that the US economy is re-opening and an apparent bullish job report number last week. However, I have been of the opinion that this was, indeed, “herd mentality.” The world is still in a state of hurt and there is no guarantee that COVID-19 will end anytime soon.

What will it take to see a Midwest summer grain rally?

La Nina is presently forming in the Pacific ending the El Nino event. El Nino inspired back-to-back droughts in Australia and incessant snows to the western United States two winters ago (replenishing water supplies). It also brought generally ideal global grain crops. This cooling (La Nina) in the equatorial Pacific can sometimes bring hot weather for Midwest grain crops and for some natural gas regions. However, this weather scenario is much more common when we simultaneously have a negative (cool) Pacific Decadal Index (PDO).

When I say PDO, I’m not talking about prescription drug overdoses or about past due financial obligations. In climatology, PDO refers to Pacific Decadal Oscillation. What does that have to do with commodity markets? Specifically: the Midwest corn belt weather can be adversely impacted by PDO.

We are entering the most important time of the year for the North American domestic corn crop. If you are a farmer, you are trying to figure out how low corn prices may go. Should you hedge at these cheap levels, or is there a chance for a Midwest hot, dry spell? If you are a trader, you are looking for opportunities to ride the coattails of a potential bull market in agricultural commodities. Will there be any?

The Pacific Decadal Oscillation is a pattern of change in the ocean’s climate. The PDO is detected as warm, or cool, surface waters in latitudes above 20 degrees North. During a warm, or positive, phase, the west Pacific becomes cool and part of the eastern ocean warms. During a cool or negative phase, the opposite pattern occurs. It shifts phases on at least an inter-decadal time scale, usually about 20 to 30 years. However, there can be some short term variations in this index that can drive Midwest corn belt weather.

There are several weather criteria that can affect Midwestern grain markets this coming summer. The PDO is a very critical teleconnection. When it is in its negative phase (cool in eastern Pacific near California), this yields the greatest chances for Midwest summer dryness that can hurt crops. There are some signs that the PDO is turning slightly negative, as ocean temperatures east of Asia are warmer than normal. However, we generally have to see the eastern Pacific cool near California to classify the PDO as in its negative phase.

The other climatic teleconnections in the hopper are La Nina (which is slowly forming) and the NAO/AO relationship and what happens with the weakened summer Polar Vortex. The weakened vortex I predicted last December was very responsible or the winter and spring collapse in natural gas prices (UNG).

A really good definition and video  of the PDO can be find here.

What this all means

The Key Point of this article is that buying the commodity ETF (DBA), just because it looks oversold and could be a “bargain hunting” play is not advisable at this point. While being a contrarian can often work in certain markets, unfortunately, following the herd has made the most sense in grains for years. If and when the PDO turns more negative and ocean temperatures cool in the eastern Pacific near California, then the potential may occur for late summer heat and dryness that could lift both natural gas and grains out of the doldrums. Stay tuned at bestweatherinc.com if the PDO goes more negative.