Rare earth metals, climate change, and the importance of Greenland 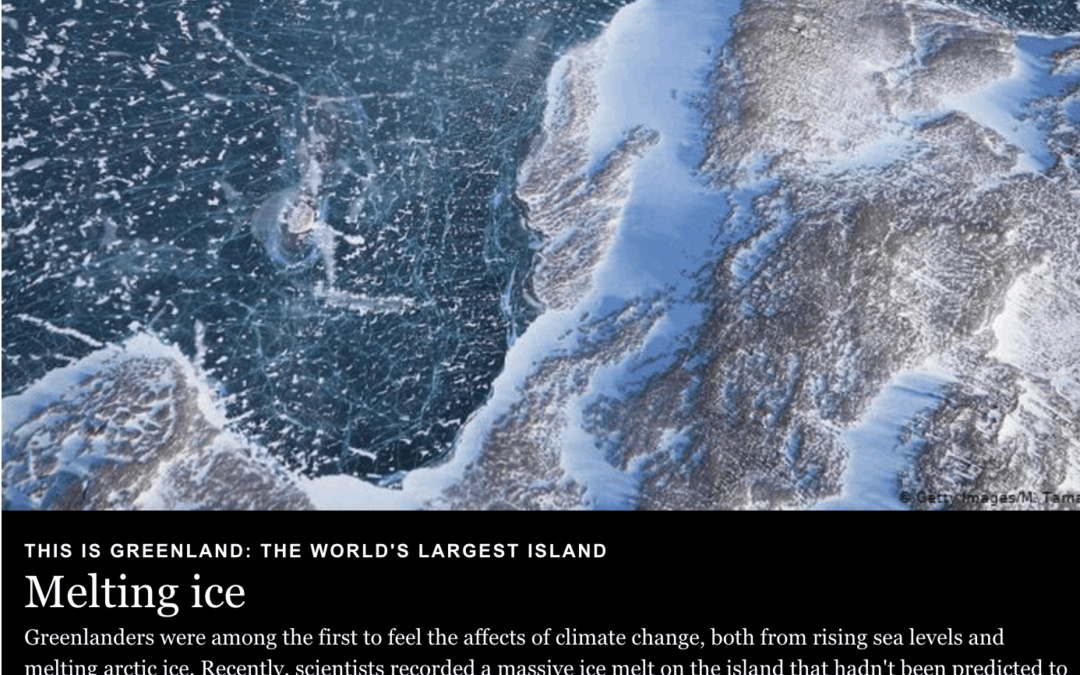 This report is about:

Greenland is of course struggling with Climate Change, as the video above explains. There are many grave consequences of Climate Change, However, several industries gain to benefit from, unfortunately from the melting glacier. One of them is rare earth metals used in building the green economy, globally. While China is the leader in rare earth metals, Greenland stands a chance to become a major force in this market. However, political turmoil in Greenlandspoils spoils these aspirations to be the world’s leading provider of Rare Earth Metals.

The rare earth reserves have previously raised international interest by countries hoping to balance out China’s control of 90% of supply worldwide of rare earth metals.

These are used in a wide array of sectors and products, including smartphones, wind turbines, microchips, batteries for electric cars, and weapons systems. I believe this could be a huge industry and a great investment opportunity in the years to come.

Rare Earth Metals: Click above to get a FREE trial to Jim Roemer’s newsletters and learn how changes in our climate are offering investment opportunities in renewable energies.

CLIMATE CHANGE: Just one of many industries depending on Rare Earth Metals

The recent Intergovernmental Panel on Climate Change (IPCC) report on climate change argued that we must cut global emissions in half by 2030 in order to meet the goal of keeping global warming to 1.5 degrees Celsius as agreed to in Paris in 2015 at the Conference of the Parties to the United Nations Framework Convention on Climate Change (COP 21). In response to such dire predictions, the world is moving toward renewable and smart technologies at an accelerating pace.

Climate solutions, such as solar energy, wind energy and electric vehicles, depend on rare earth elements. These so-called “green tech metals” have unique magnetic and luminescent qualities that make them very difficult to substitute with other elements. In 2017 the World Bank launched its first major study on green tech metals. The authors argue that meeting the Paris Accord will result in skyrocketing demand for metals such as cadmium, neodymium and indium.

As countries transition to low-emissions economies, we need to make sure we source metals in an environmentally and socially sustainable manner. We can do so by committing to three practices: repatriating primary mining; recycling metals; and repairing our technology rather than replacing it. This is not an impossible task and we can find inspiration from projects in Europe and Japan

Credit for Photo and excerpts from an article above: Greenbiz.org By Roopali Phadke. Feb, 2019

Greenland’s two main parties are divided on whether to authorize a controversial giant rare earth and uranium mining project, which is currently the subject of public hearings.

Supporters, including the ruling social democratic Siumut party, say the mine would yield an economic windfall. Opponents, such as the opposition left-green IA (Inuit Ataqatigiit) party, argue it could harm the vast island’s unspoilt environment.

Greenland’s two main parties are divided on whether to authorise a controversial giant rare earth and uranium mining project, which is currently the subject of public hearings.

Supporters, including the ruling social democratic Siumut party, say the mine would yield an economic windfall. Opponents, such as the opposition left-green IA (Inuit Ataqatigiit) party, argue it could harm the vast island’s unspoilt environment.

Estimates show the Kvanefjeld mine in Greenland could hold the largest deposit of rare-earth metals outside China.

While I am a big believer in mining other commodity sources to propel the world’s Green Economy deeper into the 21st Century, I do not want to see that happen at the expense of Climate Change and melting ice. Here lies the dilemma for both dedicated scientists like myself and thousands of Greenlanders, and a world that is depending so greatly on another source for Rare Earth Metals.

The irony of Climate Change itself could, in the end, actually help heal our planet by allowing new technologies rich with Trace Metals to booster the Green Economy and create solutions to environmental and global warming problems. (Jim Roemer)

For more information on how to read stories like this each month and get trading strategies in many markets around the world based on weather. You can try out Climatelligence, for just $13/month here.