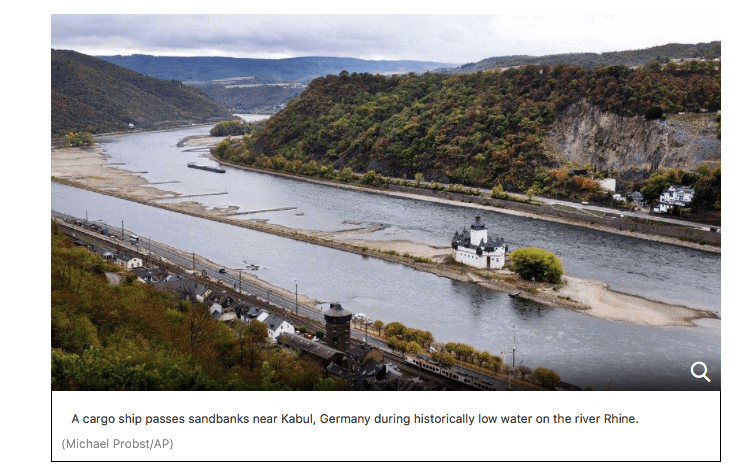 There is growing Chaos in Germany as one of the worst droughts in more than 100 years is threatening several industries and could have economic impacts. Record low water levels on the Rhine can affect. One of the industries being affected is Chemicals. In 2017, the Rhine transports 186 million metric tons of commodity traffic. This is about half of all traffic in Europe and Chemical shipments made up 11% of all traffic last year. Companies such as BASF stand to be affected and crops such as wheat could be in jeopardy again for a 2nd straight year. The low Rhine can also affect the transportation of petroleum.

What is the forecast for the months ahead and how do we use ocean temperatures, globally to forecast for Europe? Email me for information at bestweatherroemer@gmail.com for more information 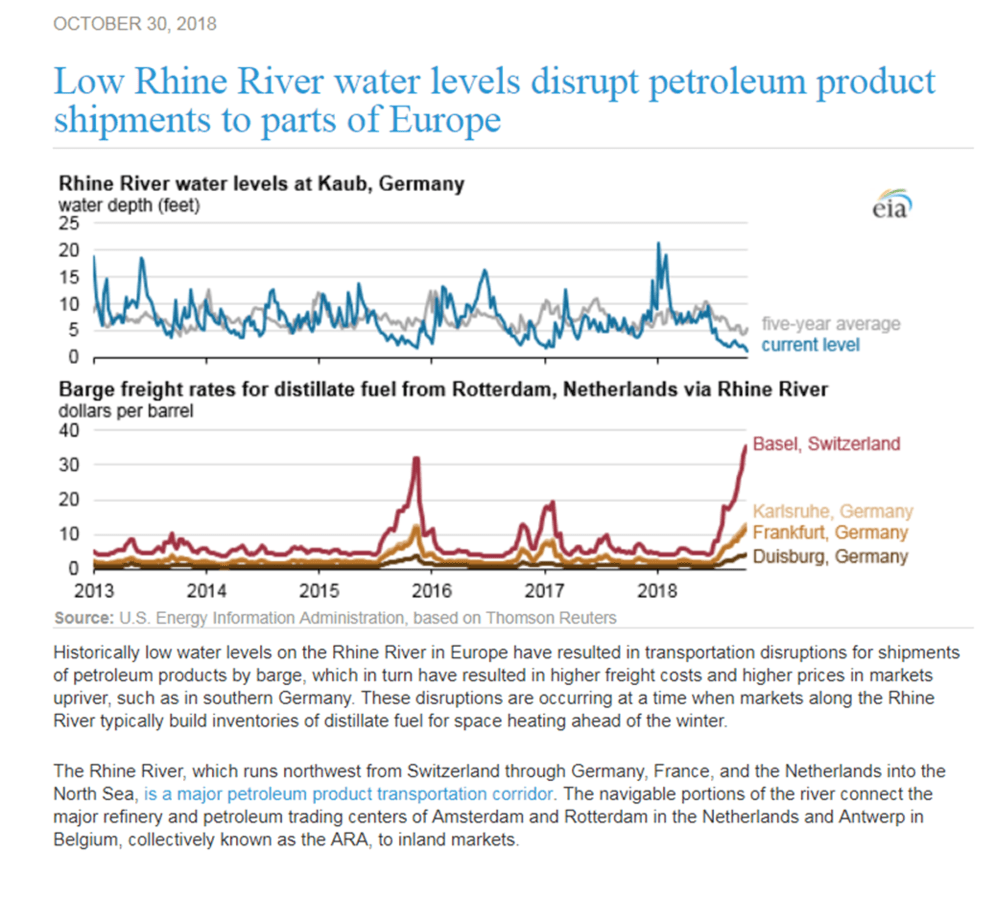 In Lake Constance, a new island has emerged. In Berlin, a river is flowing backward. A large number of lakes and ponds are seeing dead fish along their banks. Barges are hardly being loaded so they don’t run aground.

This is the scene in Germany after a long and dry summer has left the country’s lakes and rivers at record low levels. The levels are causing chaos for the inland shipping industry while causing environmental damage and billions of dollars in losses. Experts fear this could be a sign of what’s to come as global temperatures rise.

For a full article about the CHAOS IN GERMANY, please click here 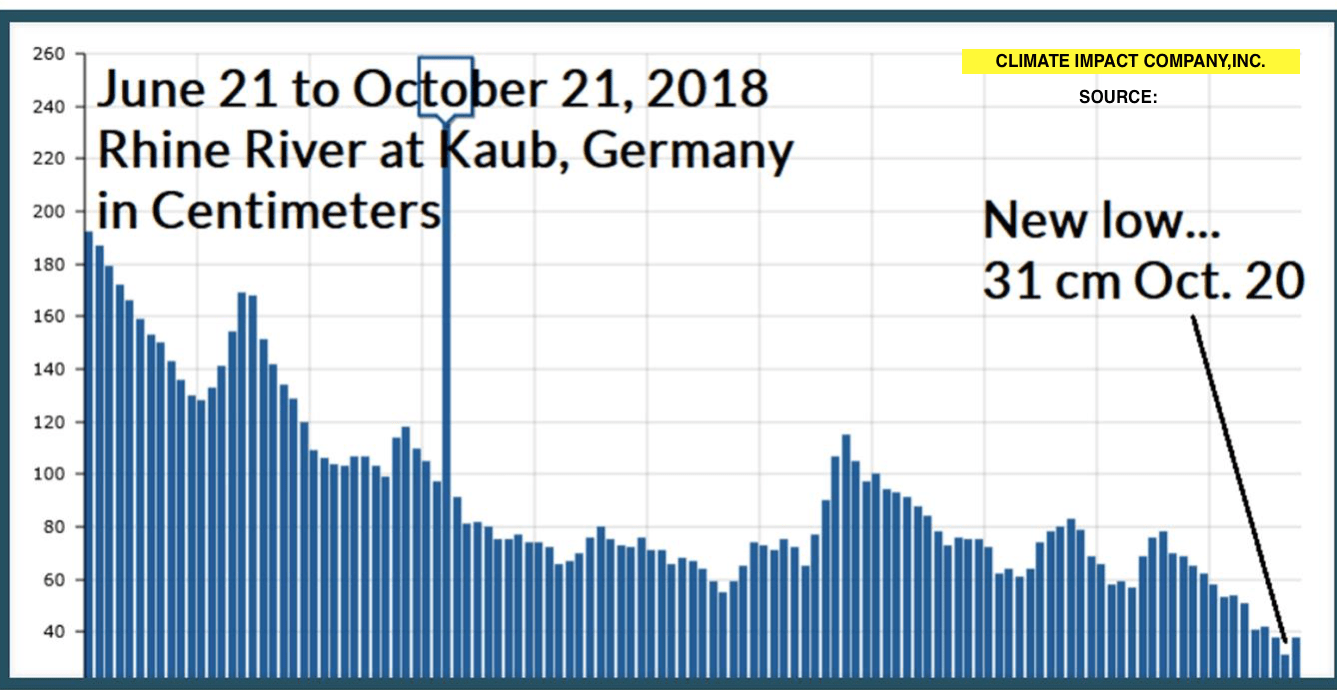