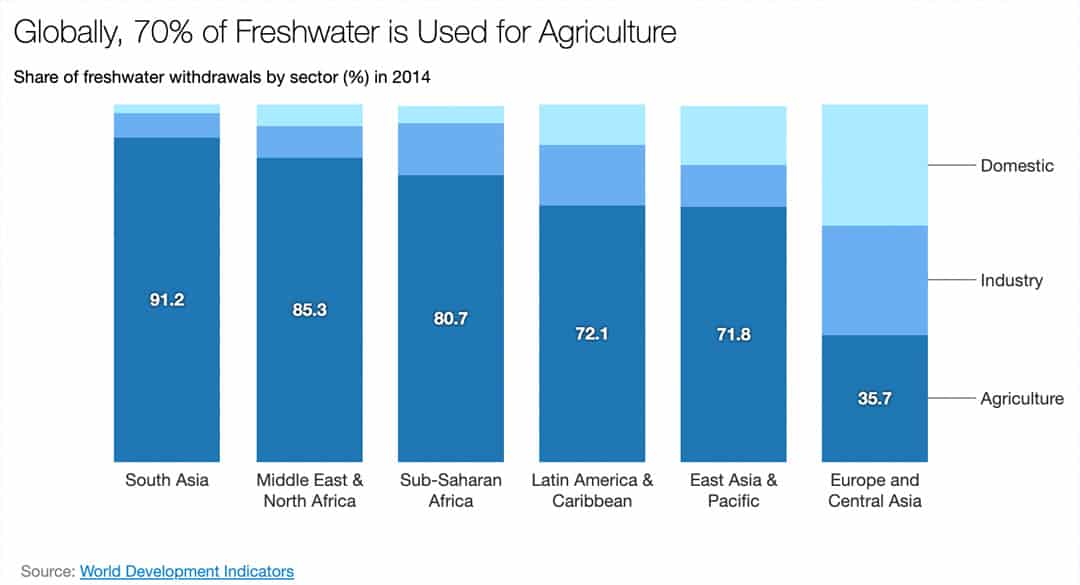 Over the last 40 years, China’s sea levels have risen faster than the global average. In December, Premier Xi Jinping declared that the production of staples such as rice was a natural security issue.

China’s coastline is facing rising tides, so 2021’s production of 4.6 metric tons of “seawater rice” per acre must have pleased Chinese leaders. Earlier, China’s Minister of Agriculture had pronounced that the country would stabilize corn production and expand soybean production in 2022. After trade disruptions due to COVID, domestic agriculture production has a renewed policy focus in China.

A Surfeit of People, a Lack of Arable Land

China is home to around 20% of the world’s population but has only about 7% of the globe’s arable land. Crop-growing land in the country (currently around 120 million hectares) decreased by about 6% between 2009 and 2019. This was due to pollution and urbanization. Around 100 million hectares of China’s land are unusable due to salinity and alkaline issues. Chinese agronomists hope to turn 6-7 million of those hectares into “seawater rice” producing land by the end of the next decade. While not meeting China’s average of 6.5 tons of rice production per hectare, it would still boost domestic food supplies.

With seawater rice growing in its early stages, Chinese imports of rice boomed in January-August 2021, with a record 3.2 million tons of rice imported. Half of this was broken rice, which is used for feed, snack, and liquor production.

As for imports of other grains, China’s attempt to expand domestic production won’t achieve policy goals for a while. While China has yet to meet the soybean import targets in 2020s US trade deal, some commentators think it will ramp up purchases from Brazil. Overall, though, Chinese soybean purchases fell almost 4% in 2021. However, sales for this year’s Jan 1 to Feb 10th period had old crop soybean sales up 28% from last year. Last week, though, Chinese news agency Xinhua said the country could cut soybean imports by 30 million tons. The reduction could come about if feedstock formulas were changed to lower-protein mixes.