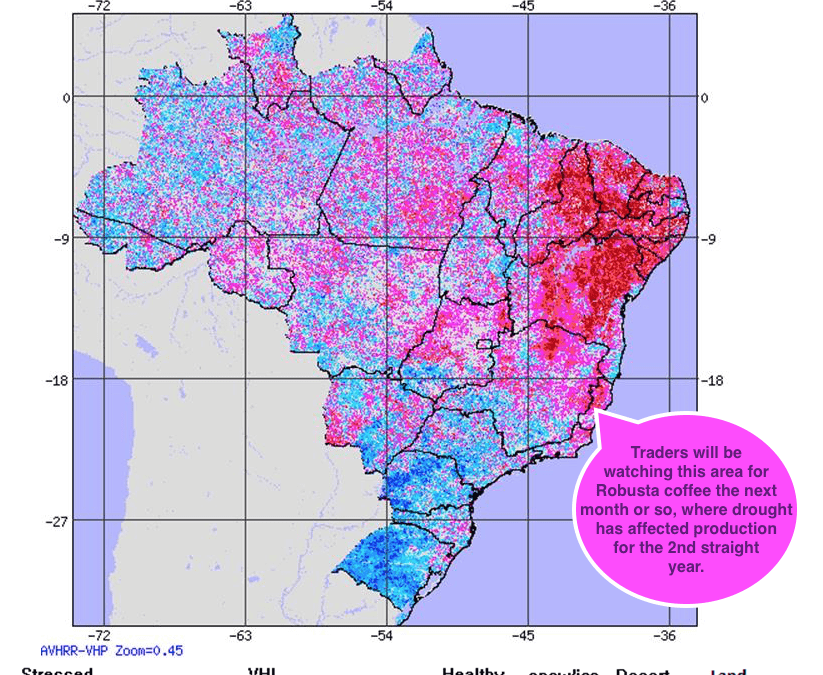 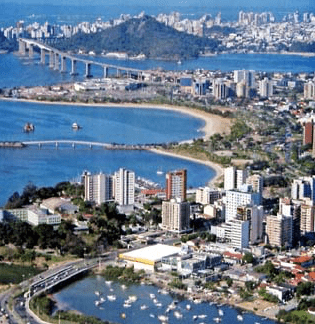 Espírito Santo, a little known state in southeastern Brazil, is known for its tropical beaches and mountainous nature preserves. Founded in 1551, the capital and port city Vitória has a compact colonial-era center. Across narrow Vitória Bay lies Vila Velha, site of Praia da Costa, a famous beach getaway, and to the 16th-century Penha Convent, offering sweeping views from its steep perch. They have been adversely affected by drought for the last 2 years and there is talk of a recent ban on Robusta coffee exports that is driving coffee prices. 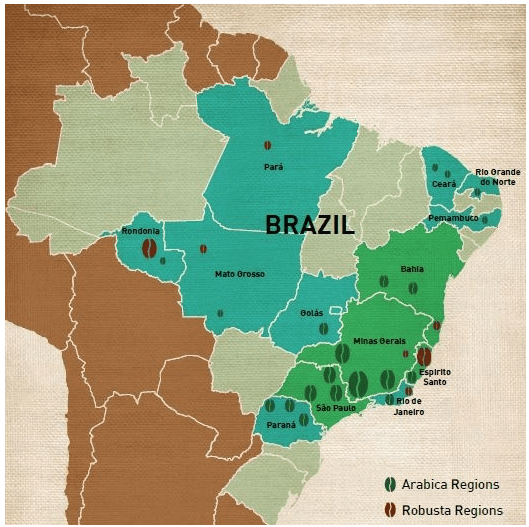 Some big time rains have hit key Arabica coffee areas this past week, but I remain concerned about the main Robusta coffee areas in Ne Brazil (Espiritio Santo) and what continues to be a slow end to the Vietnam coffee harvest. This has been one of the wettest winters ever for Vietnam; this after a drought a year ago from El Nino decimated irrigation operations and lowered acreage and production. 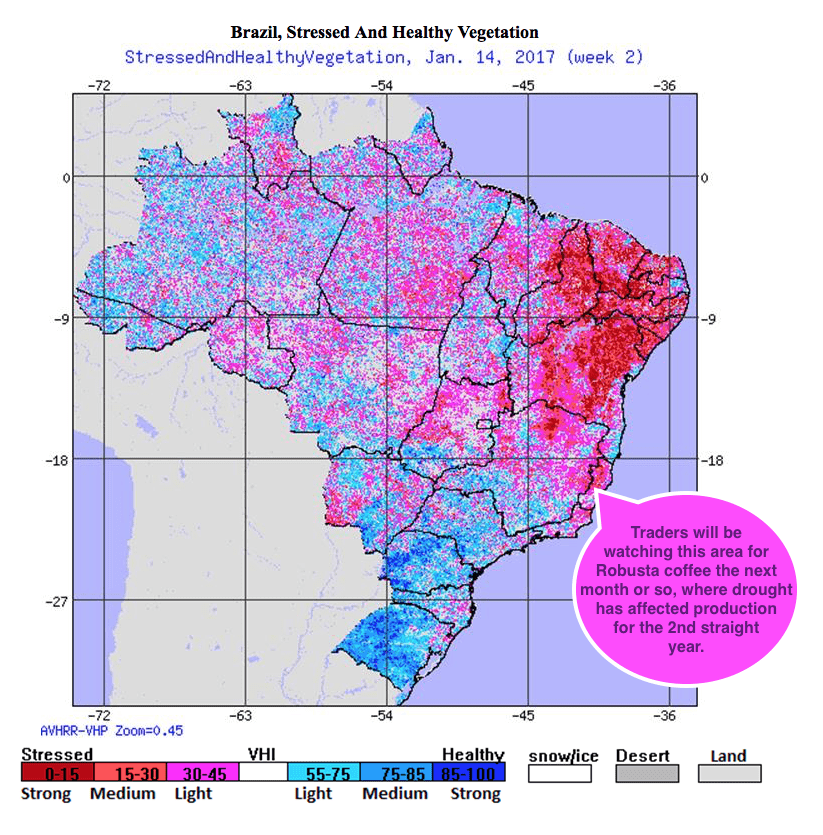 According to Bloomberg, Arthur Heleodoro Covre, a fifth-generation farmer who’s planted 2,500 hectares (6,178 acres) of robusta across eight farms in the northern part of Espirito Santo, said that he was only able to pump enough water for about 30 percent of his crops before the new ban.
Covre had initially estimated his harvest would reach 30,000 bags in the season that starts in April, but the drought means he will fall short of the forecast by at least 5 percent, he said in a telephone interview from Pinheiros municipality. A bag weighs 60 kilograms, or 132 pounds.

While there is some rainfall improvement for the higher quality Brazil Arabica blends, if we get into a hot, dry weather pattern again in February, given the fact that Robusta coffee beans around the world are harder to find (these beans are used in instant coffee and grown in Indonesia, Vietnam and NE Brazil), any major collapse in coffee prices in the weeks ahead is probably unlikely. More coffee roasters are using arabica blends given the global tightness in Robusta.

Traders will be watching weather forecast patterns both for Argentina soybeans and for Brazil and Vietnam coffee in the weeks ahead. This will greatly affect prices. Will it dry out in flooded northern Argentina, will southern Argentina which will see hot,- dry weather, cool off and will NE Brazil get rains easing the drought and export restrictions for Robusta coffee? This is what the market will focus on. 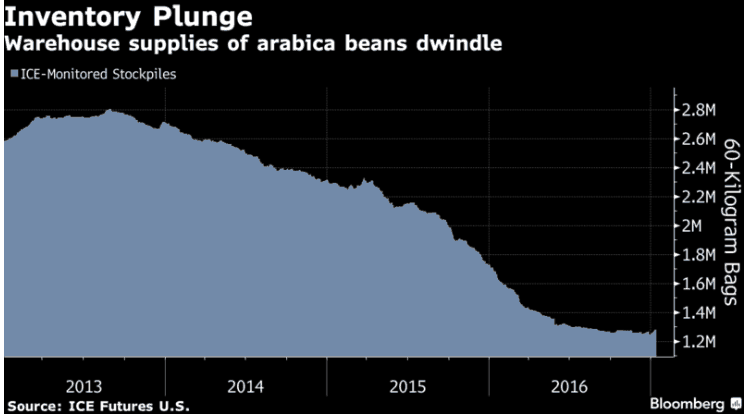