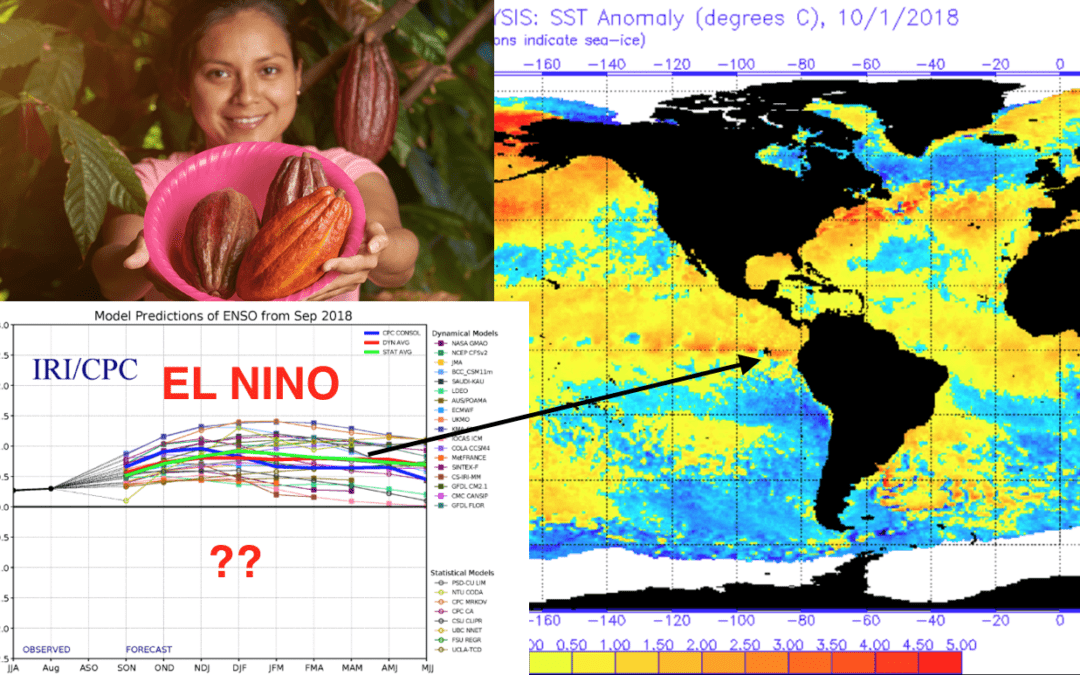 Have coffee and cocoa prices bottomed as El Nino possibly forms? Our Climatelligence Report recently began discussing a likely low in coffee prices last week and that the Brazilian Real might soon break out to the upside (see here a sample). While sugar, coffee and soybeans often follow the movement in the Brazilian Real, there are also potential global weather problems developing for “some commodities.”

After a day of one of the most bullish moves in commodities in months, there has also been talk of El Nino forming more quickly than anticipated. This helped some markets, like cocoa, rebound following a recent major collapse on good global crops and technical selling. Cocoa is one of the most actively bullishly traded commodities when El Nino is present. Though NOT all El Nino’s are the same. Our forecasts in coming weeks will be critical to many markets, not just cocoa.

Will El Nino be a serious threat to cocoa and other commodities in the months ahead? How can you trade weather related markets and get the best first hand weather information, and market sentiment,  often before markets react. Subscribe here for a 25% discount.

Below, I talk briefly about what traders are looking at with regards to El Nino, or not. NOAA, the Japan Meteorological Center and others suggest a 55-65% chance of El Nino during the northern hemisphere winter. Until recently, I was of the belief that as we head into a period of low solar activity, the chances for El Nino tend to be weak. However, there is some conflicting research which suggests otherwise that low solar activity increases the odds of El Nino. I will write an article on this within the next few weeks.

By the way, natural gas prices are breaking out on the lowest supplies since the 2005 Katrina hurricane season. El Nino, or not, will affect this market in a big way come winter 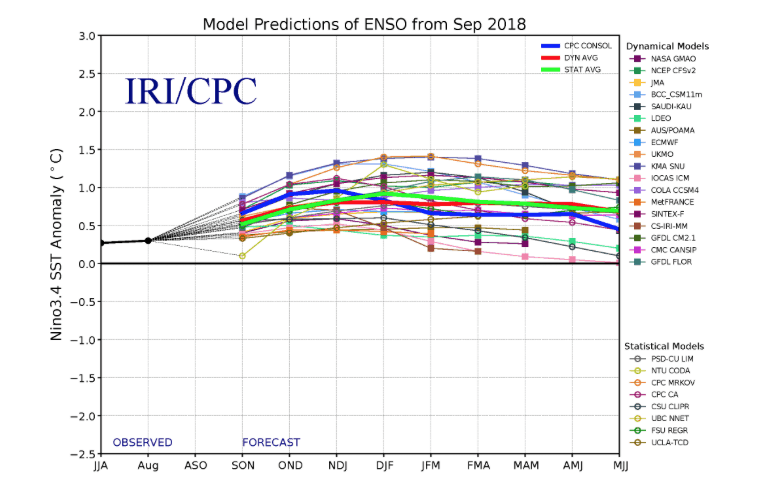 Computer models are not always right and have, at times, been over-zealous in their forecast of El Nino or La Nina, but you can see the warmer than normal ocean temps forecasted by all models

The SOI index is just as important as warm ocean temperatures around the equator with respect to El Nino. The SOI index tanking was one reason for coffee and cocoa prices rallying on the “psychology” of potential weather problems. What is the SOI index? It has to do with surface pressure differences between Darwin, Australia and Tahiti Click here 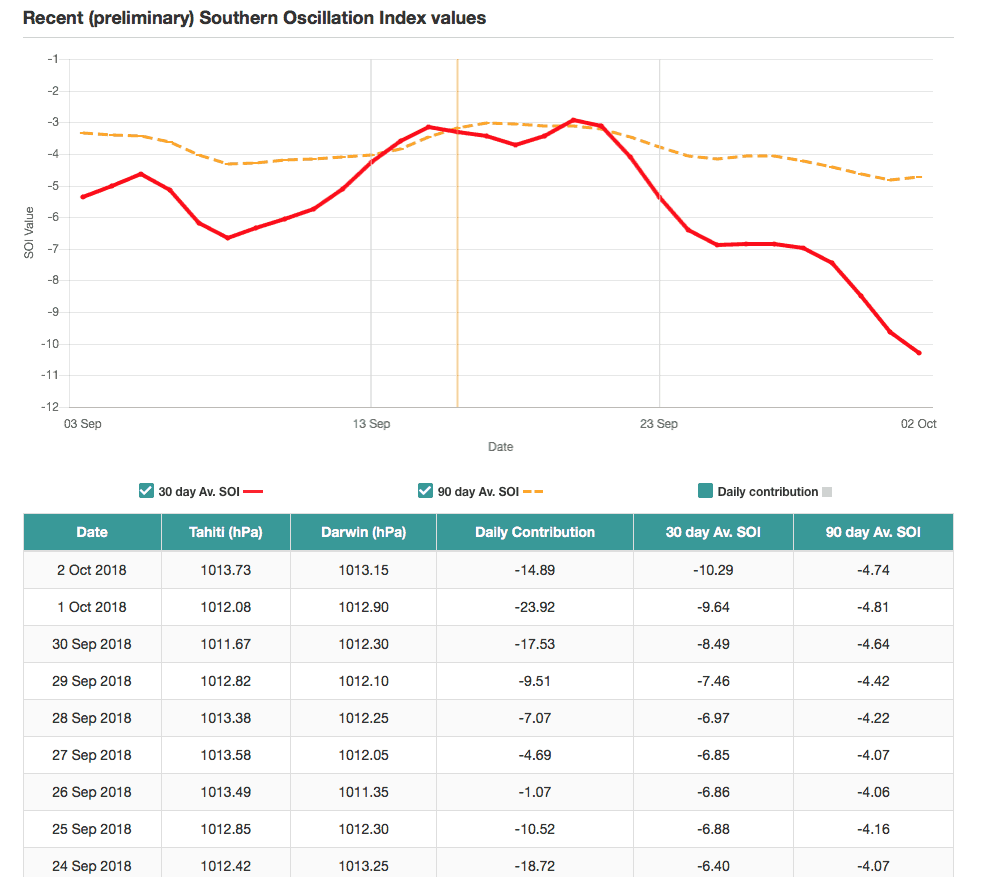 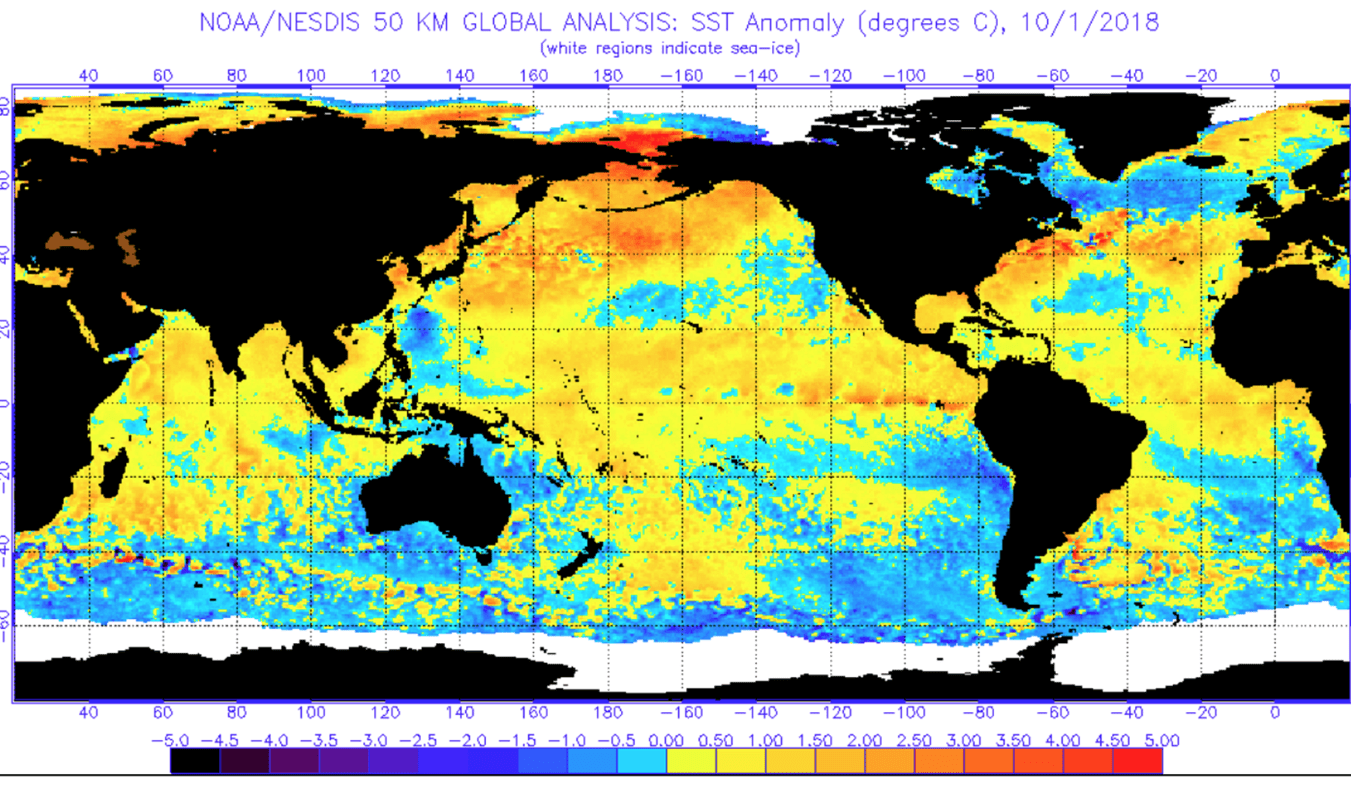