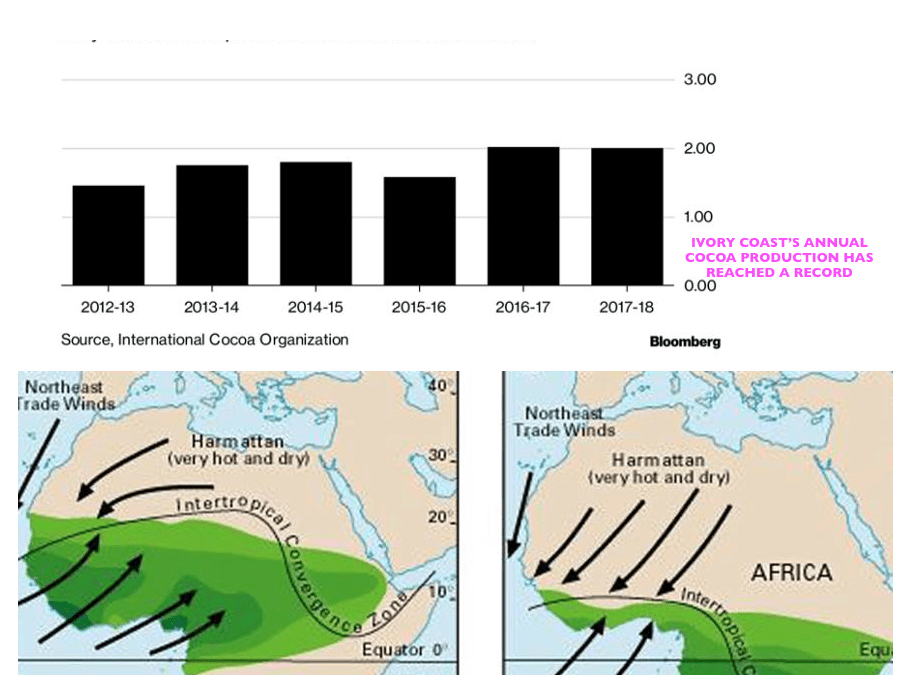 The charts above show a main reason cocoa prices have collapsed–another big production year and ideal weather in countries such as Ivory Coast. But what about the Harmattan Wind? Is there any chance for a rally in cocoa prices.

Cocoa History–The Mayan civilization worshiped the cocoa tree and gave it the Latin name Cocoa which means “Food of the Gods.” It was used for many different purposes. The Mayans created a ritual beverage made from ground cocoa beans, vanilla beans and other spices.

The creation of the first modern chocolate bar is credited to Joseph Fry, who in 1847 discovered that he could make a moldable chocolate paste by adding melted cacao butter back into Dutch cocoa. By 1868, a little company called Cadbury was marketing boxes of chocolate candies in England. 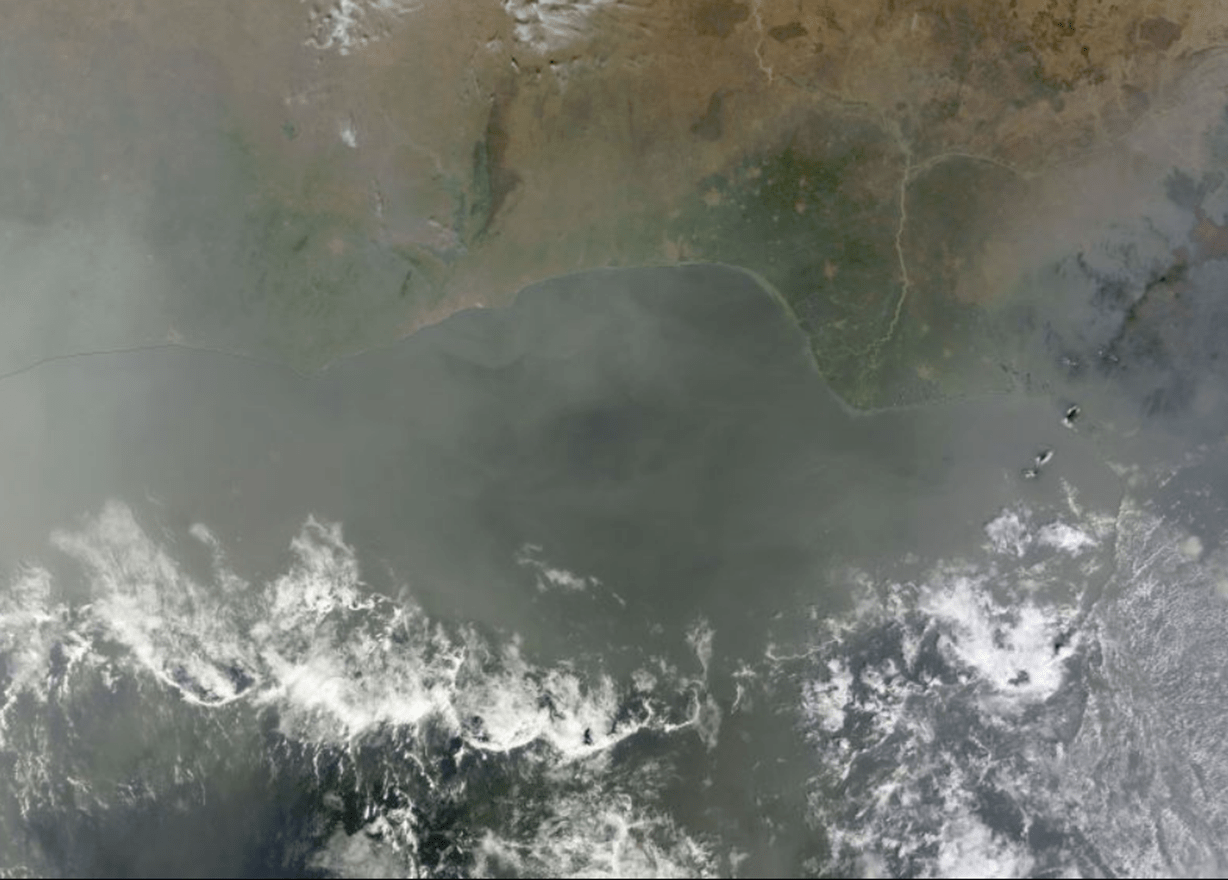 For a good definition of the Harmattan click here