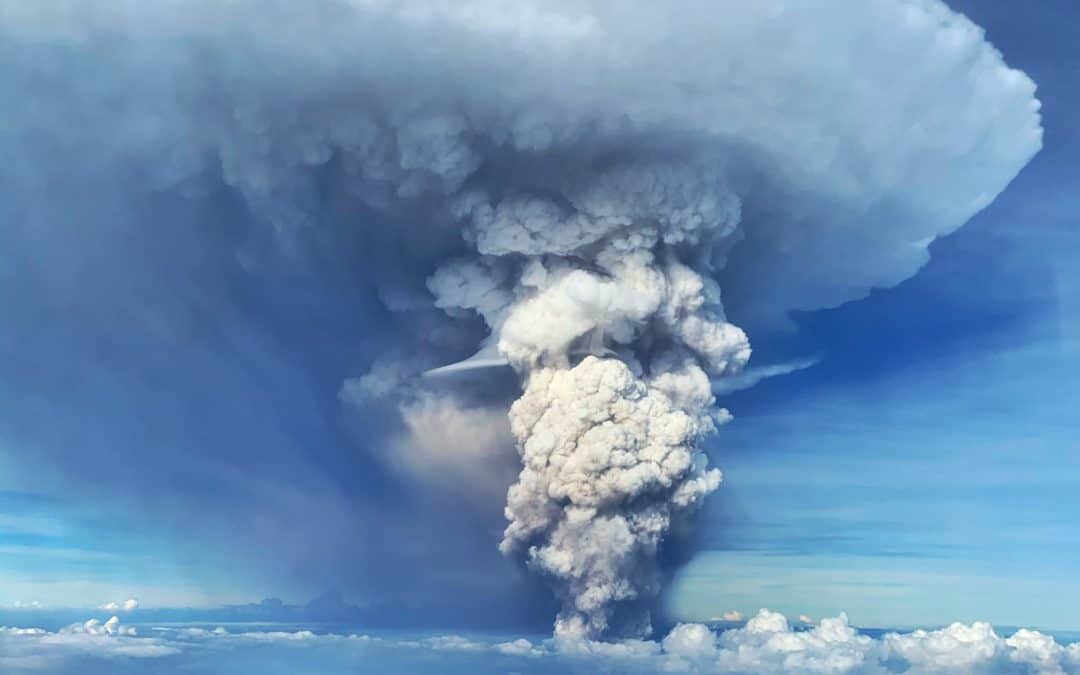 The report below discusses various global weather occurrences and factors that make me feel that El Nino conditions exist, globally. This is in contrast to most computer models and weather forecast firms. The Taal volcano could possibly alter some computer model forecasts.

After a stellar rally in soybeans the last month on ideas of a truce with China and the potential for more major soybean purchases in the months ahead, generally ideal South American weather has (at least for now), topped out the soybean market. Typically, during El Nino type events, Argentina corn and soybean crops are spared any major weather problems. In fact, usually yields are above normal for grain crops

While wheat prices continue to act technically strong, influenced from a variety of factors–1) The highest soft-red wheat stocks in several years; B) Lower US planted acreage; C) The chances of a major reduction in wheat plantings this spring (Australian fall) due to the historical dry soils and fires, excellent rains have hit Argentina soybean areas. This too happens during certain El Nino events, though the record forest fires and deaths to millions of animals must be, at least partly, attributed to climate change.

Severe weather continues to batter much of the US south, while record warm temperatures can be at least partly attributed to El Nino type conditions.

Drought easing rains in northern Brazil coffee areas and a warm, dry winter for Ghana in west Africa are also signs that perhaps El Nino has returned. The Indonesian drought is another example

In my view, standard computer models and almost all weather forecast firms are incorrect saying we have “El Nino” neutral conditions. The above mentioned global weather and crop conditions suggest this.

Here are more reasons, below that I believe El Nino is present.

1–Taal Volcano needs to be watched.

If enough ash spills into the stratosphere, this would be labeled a VEI 4 volcano. A VEI 4 has only happened several times in the last 30 years and has been known to help cause an El Nino (Mt. Pinutuba), for example.

Here is an interesting story.

2–SOI index continues to trend negative; while GLAAM is positive

While everyone refers to ocean temperatures in the equatorial Pacific as being key to whether there is an El Nino or La Nina, just as important is the Southern Oscillation Index and whether there is positive or negative Global Angular Momentum (GLAAM).

The oldest indicator of the ENSO state is the Southern Oscillation Index (SOI): the difference between the atmospheric pressure at sea level at Tahiti and at Darwin (1). A seesaw in pressure at these locations reflects the atmospheric component of ENSO, discovered in the early 1900s by Walker and Bliss (1932) and others. During El Niño, the pressure becomes below average in Tahiti and above average in Darwin, and the Southern Oscillation Index is negative. During La Niña, the pressure behaves oppositely, and the index becomes positive. Right now, pressures have been lower than normal over Australia, partly responsible for the severe drought and heat recently.

The SOI index has been trending mostly negative for weeks

Another teleconnection that Jim Roemer has been using to forecast El Nino conditions is GLAAM. When it is positive, El Nino conditions can exist. However, this is only true when the SOI index is negative (as described above) and there are warm ocean temperatures in the Equatorial Pacific (we have all of these factors, now).

Here is a great, but complex, scientific explanation of how both positive and negative GLAAM (Atmospheric torque) suggests El Nino or La Nina events.

You can see how Jim Roemer’s long-range weather forecast program predicted (below) and easing in the northern Brazil dryness to coffee earlier in January and some heat and dryness coming to west African cocoa. This is associated with +GLAAM values and could well suggest that El Nino, not neutral conditions have been occurring in at least some parts of the world.