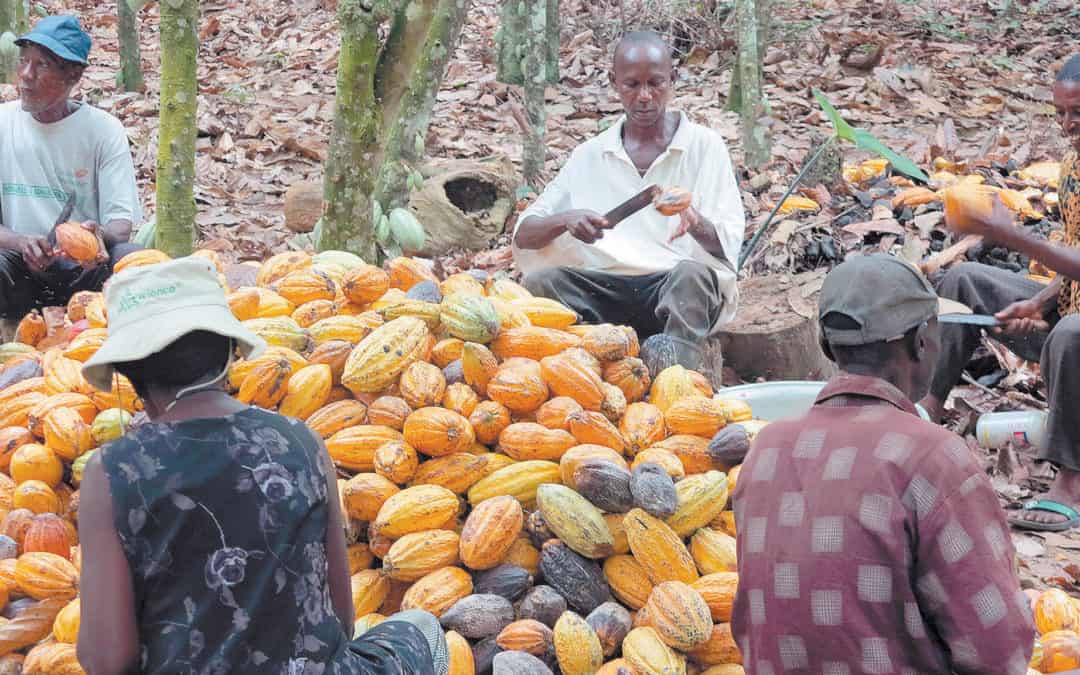 After generally stellar crop conditions for the 2019 west Africa cocoa crop, all eyes are now turned to whether strong dusty NE winds in Africa could potentially impact cocoa production heading into 2020.

Swollen Root Virus was reported in more than 15% of Ghana’s cocoa region this year, brought on, but what I believe is at least a partial factor from a warming climate and climate change. While Ivory Coast is plush with pods and had great rainfall all during 2019, the possibility exists that a re-emergence of occasional El Nino conditions this winter, combined with something we call a positive North Atlantic Oscillation Index could bring some occasional harsh conditions to west Africa cocoa the next couple months.

The Harmattan does not occur every year, but when high pressure builds of North Africa, Europe tends to have a warm winter and strong NE winds can bring Sahara dust into west African cocoa regions

The map above shows the typical climate scenario for a Harmattan in west Africa. Until this week, weather conditions have been fine, but I began telling premium clients last week that I thought the first strong Harmattan wind of the season would arrive the first week of January.

One can see above how winds could be as strong as 20 Knots in Ivory Coast and possibly Ghana this week and humidities drop to under 15-20%.

So what does a typical Harmattan look like? The image below shows the dust from the infamous 2015-2016 El Nino event that greatly zapped the mid-cocoa crop and caused widespread respiratory problems for many people throughout Africa.

I believe the advent of the Harmattan is one of several factors affecting cocoa trading again. What is my long range forecast and will things change in the weeks ahead? Subscribing clients get first hand daily details.

You can join the hundreds of farmers, commodity traders and weather nuts that subscribe to an occasional free update from me and for details regarding a subscription based blog service I will be offering soon. Here