What Is A Derecho And How Was It Historical To Iowa’s Corn Crop? 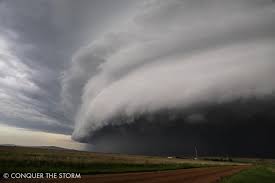 Derechos are pretty uncommon compared to hurricanes and tornadoes but they can cause catastrophe. That’s just what like happened on August 10th over a large part of Iowa. In fact, I only vaguely had heard of their name (yes, even after 35+ years in the weather forecast business), until this super storm in Iowa.

On August 10, 2020, a derecho swept across the Midwest from South Dakota to Ohio, traveling 770 miles in 14 hours and knocking out power for more than a million people.

Here is a good video and definition of a Derecho:

The term derecho—which means “straight ahead” in Spanish—was coined in 1888 by Gustavus Hinrichs, a physics professor at the University of Iowa who sought to distinguish these straight-moving winds from the swirling gusts of a tornado. Though the term disappeared from use shortly afterward, meteorologists at the National Oceanic and Atmospheric Administration (NOAA) resurrected it a hundred years later. It entered the public lexicon in 2012, when one of the most destructive derechos in history swept across roughly 700 miles from Ohio to the mid-Atlantic coast, killing 22 people and causing serious damage in metropolitan areas, including Chicago and Washington, D.C

I have been watching thunderstorms for years. In fact, living in Iowa through the mid-late 1980’s, I used to chance thunderstorms, looking for tornadoes—NOT a smart thing. Anyway, a DERECHO, has to do with the colliding of several storms at the same time and extreme down-draft winds. Less than 1-5% of all thunderstorms produce such conditions.

The strong, swirling winds of a tornado will cause debris to fall every which way. A derecho’s straight-line winds are similar to a regular thunderstorm—but stronger.

Monday’s derecho across the Corn Belt and Midwest laid siege to more than 10 million acres of Iowa’s corn and soybean crop. This was devastating to farmers and capped off what has already been a difficult few years of farming for many.

Up to 43 percent of the state’s corn and soybean crop has suffered damage from the storms. They brought winds exceeding 100 miles per hour at times. This was a severe blow to a $10 billion industry that’s central to the Hawkeye State’s economy. The magnitude of the battered vegetation was even visible on the weather satellites used to track Monday’s violent thunderstorms.

State officials continued to survey the damage Wednesday in hopes that some of the crop may be salvageable. Iowa Gov. Kim Reynolds (R) issued a disaster proclamation for 20 Iowa counties, freeing up state funding for disaster response and recovery. The state is also making grants available to low-income families who find themselves faced with food, repair, or temporary housing expenses in the wake of the disaster.

Other Examples of Derechos

In May 2009, a “Super Derecho” pushed gusts of wind up to 106 miles an hour from the plains of Kansas to eastern Kentucky. Many described it at the time as an inland hurricane. However, this storm system was in fact a derecho and its winds included several small tornados.

Derechos also have been documented in other parts of the world, including Eastern Europe and South Asia. In 2002, a derecho over eastern Germany killed eight people and injured 39, hitting Berlin the hardest.