Earth Day: Not a Hippie Joke Any More 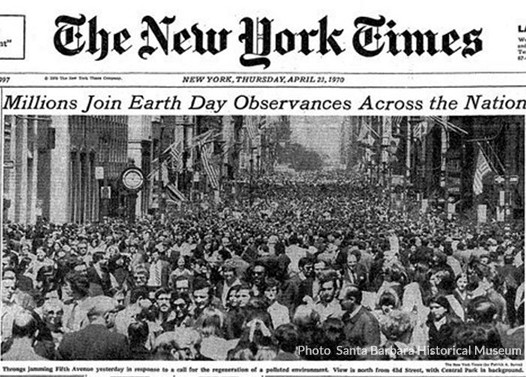 How Did Earth Day Start?

Democratic Senator Gayord Nelson and Representative Pete McCloskey, a conservative Republican, founded Earth Day. Outwardly opposite, both men loved the outdoors. Each was against the Viet Nam war, but McCloskey had two Purple Hearts from his marine service.

Hayes recruited nationwide for 85 other organizers, who built on a growing public consciousness about air and water pollution. They also tapped the enthusiasm and skills of the anti-Vietnam War movement.

On April 20, 1970, around 20 million Americans rallied, demonstrated, and attended Earth Day teach-ins. At the time, this was about 10% of the country’s population.

The Ford and Carter administrations also pushed forward in passing environmental legislation, and the 1970s saw immense progress at both the federal and state levels. December 1970’s Clean Air Act mandated that the EPA set standards for air quality, while 1972’s Water Pollution Control Act addressed wastewater. Because of these laws and others like the Endangered Species Act, states started environmental oversight agencies.

Since that first Earth Day, innumerable individuals and groups have helped push environmental issues forward. The Kyoto Protocol, The Paris Climate Accords, and the United Nations Framework on Climate Change are all the result. As the list at the top of this post shows, though, there is far more to do.