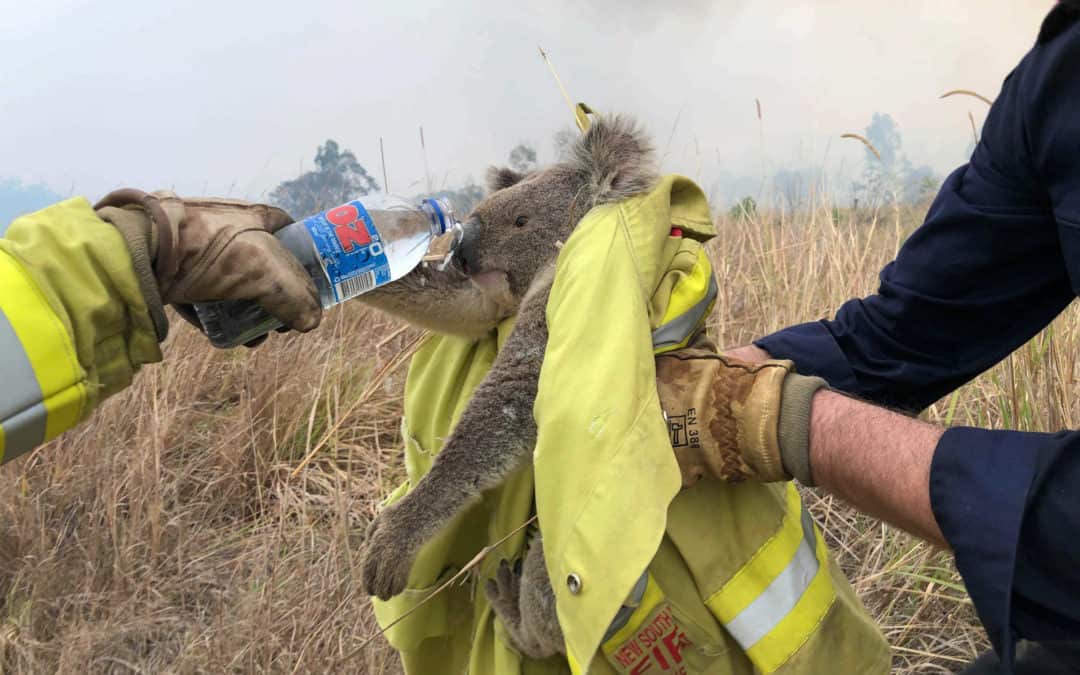 Over the last two years the combination of an occasional weak El Nino signal in the western Pacific, combined with CLIMATE CHANGE and the warming oceans have been a partial factor in the historical droughts and forest fires that have threatened millions of animals in Australia and lowered crops, such as wheat and cotton, for the 2nd straight years. Drought are not unusual in Australia, but the intensity of the persistent heat and dangers to wildlife, are.

Ocean temperatures are warming over Indonesia where drought has also persisted and threatened crops there, as well. It is a terrible, depressing scene in Australia. One that brings constant tears to my eyes. However, the slowly decaying positive Indian Dipole, combined with the MJO could finally offer some relief in the next week or so.

One of the most important teleconnections that I look at to forecast weather for tropical commodities, is the Indian Dipole.

The index has been in the positive phase, again, also responsible for droughts and record heat in Australia. However, my long range weather forecast program CLIMATEPREDICT, shows how, historically, whenever there is extreme heat with a positive IOD and El Nino signal in the western Pacific, there tends to be a return to normal to above normal rainfall later in January and February in southern and eastern Australia.

January of 1973 was one year with a positive Indian Dipole and an even stronger El Nino signal than we have today.

While only one case, in 1973 follow a hot month for Australia, the Indian Dipole weakened and it turned quite wet as CLIMATEPREDICT shows below for many similar cases. Again, the situation this year is much more dire than 1973 or any other year for that matter. I believe this severity is at least partly related to CLIMATE CHANGE and the warming oceans.

Depending on the Indian Dipole and if the western Pacific and weak El Nino signal weakens (as some models suggest), this will have major global impacts on many commodities in the months ahead from wheat to cocoa, coffee and sugar with potential positive impacts to production in 2020.